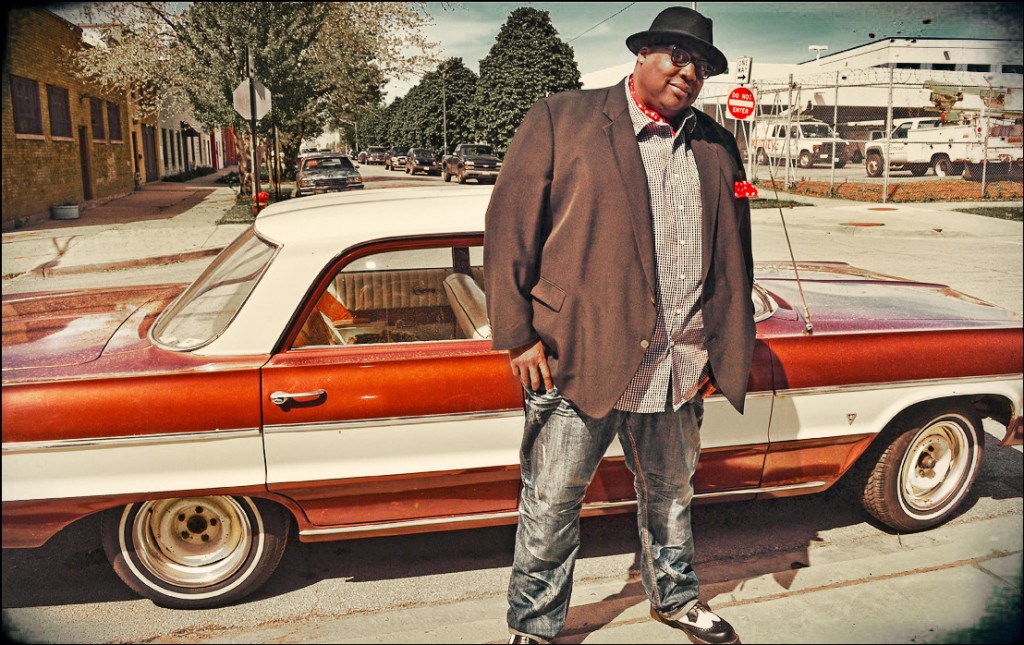 Everyone loves a good rock ‘n’ roll success story. You know the one: the scrappy band of musicians, armed with nothing more than raw talent and dreams, hustle their way to nationwide, major-label success. But these days such stories are few and far between, and for every rock-star success story that’s told, there are always several, lesser-known stories of industry mainstays that get short shrift.

For example, Greg Fulton: active in the Chicago music scene since his days as a Columbia College student in the 1980s, Fulton is currently the founder, guitarist, and vocalist of Sweet Diezel Jenkins, a Chicago-based “party band” that does mashup-style covers of R & B and pop hits. Can you imagine a funk-infused mashup of Sisqo’s “Thong Song” and Nirvana’s “Smells Like Teen Spirit”? Sweet Diezel Jenkins manages to pull it off with aplomb. SDJ has a regular gig at Red Line Tap in Rogers Park on most Wednesday nights, and the band regularly plays out at bars and festivals across the midwest, from Ohio to Michigan.

But little known to many, Fulton also represents a slice of Chicago heavy metal history, as the founding member of several metal bands: Znowhite, Cyclone Temple, and Rebels Without Applause. Znowhite, founded in 1982, was featured in a volume of the iconic “Metal Massacre” song compilation alongside a then-unknown Slayer. (Fulton is listed on Znowhite albums under his stage name, “Ian Tafoya.” He managed the band under his own name.)

Fulton’s second band Cyclone Temple (comprised of former members of Znowhite) went on to more mainstream success in the early nineties. The band was signed to Relativity Records for a short time, and was played on MTV’s “Headbangers Ball,” until record industry shakeups and the popularity of grunge stole the band’s thunder. Fulton was even cited as a “founder of Chicago’s thrash metal scene” in music writer Ian Christe’s 2003 book “Sound of the Beast: The Complete Headbanging History of Heavy Metal.”

If you talk to Fulton about his historic musical past, he’s pretty low-key about it all. As a veteran of the scene in Chicago and beyond, Fulton doesn’t have much to say about the state of contemporary metal: “I’m burned out on heavy music, period. I’ve been playing since I was about nineteen years old,” he says. However, if you look up “Znowhite” on Google or YouTube, you’ll find a slew of reviews from enthusiastic crate-diggers who still regard the band’s 1987 album “Act of God” as one of the best thrash metal albums of the time.

Even so, Fulton seems to be clear about what he’d like his musical legacy to be, and it’s not about rock riffs. Fulton wanted to put his own spin on pop music through Sweet Diezel Jenkins’ mashup concept. “So many songs have the same formula, the same chord progressions over and over, “ says Fulton, “I thought it would be interesting to do what DJs do, but with a live band.” Fulton sketches how he mashes up the songs for the band to perform, sometimes on the day of a performance. “The basic skeleton of a song changes from show to show, based on what I hear on the radio,” he says. For example, an upcoming mashup includes The Spinners “I’ll Be Around” with R. Kelly “My Story” and CeeLo Green “Fuck You.” “When I was doing metal and rock, I could get a mosh pit going, but nothing beats getting a room full of women dancing and singing along with you,” he says.

Having lived his own version of the rock ‘n’ roll success story, is Fulton still a believer in it? If you ask Fulton his thoughts about the industry, he’s outspoken and matter-of-fact about the realities of making a living from music. “There wasn’t a lot of money in it,” he says of his major-label years with Cyclone Temple. “We would make enough to get us to the next gig, we’d have to wash up in the sink.” After playing with Rebels Without Applause for fifteen years before starting SDJ, he admits that “the landscape has changed” for live, original music today in Chicago. In the past, “there used to be tons of places to play in the city and suburbs. Fewer options exist for live bands.”

Still, Fulton says it’s “easier than ever” for quality bands to build a fanbase. “Now with the Internet, you can be in Hogsbreath, Utah and build a buzz. You don’t have to move to LA or NYC to make it happen. But there’s no more ‘being discovered.’ In order to succeed, you have to create your own heat.”