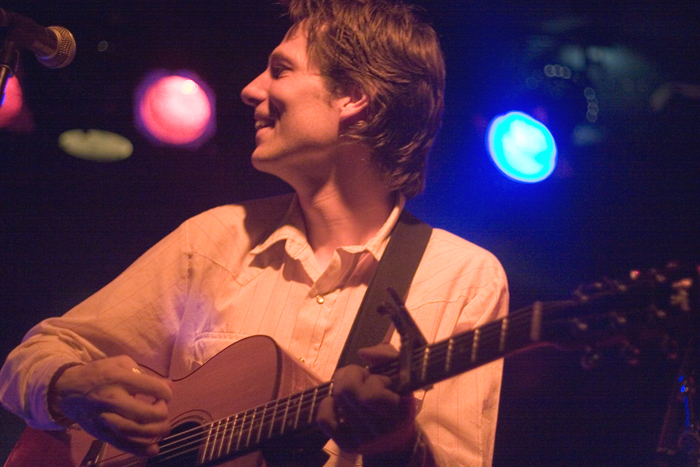 Chicago singer-songwriter Steve Dawson’s main band is Dolly Varden, which has been making smart and soulful folk-rock for twenty years, but he has a second group now. His new album, due for release on September 30, is the self-titled debut of Steve Dawson’s Funeral Bonsai Wedding, a collaboration with three local jazz musicians who are noted for their inventiveness: vibraphonist Jason Adasiewicz, drummer Frank Rosaly and bassist Jason Roebke. Adasiewicz’s chiming vibes function like the lead instrument in this outfit, filling the space normally occupied by guitar riffs or keyboard chords. At times, those metal tubes seem to be ringing out in reply to Dawson’s plaintive and pleading vocals. But for all of the “Astral Weeks” touches, these tunes are essentially the same sort of solidly grounded songs Dawson has always written. The highlights, like “The Night of the Liquor Store Fire,” pull evocative flashes of memory from Dawson’s real life. When this band plays live, expect those autobiographical poems to stretch out into even jazzier and more rocking jams. (Robert Loerzel)