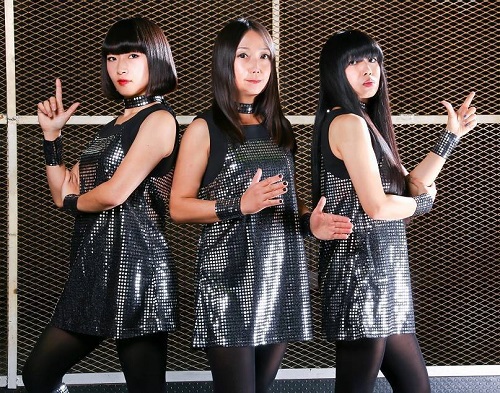 I do not think any band can put a smile on anyone’s face more than this Japanese power pop punk trio. Naoko Yamano and her bandmates have played rudimentary two-to-three-chord songs sung in rudimentary English. They’ve been going strong for more than thirty-two years and recently performed their 1,000th live show. While they may appear to be unassuming, don’t underestimate them; these ladies are simply exhilarating. We are talking about fast catchy riffs that engage, entertain and (make appropriate two-fisted hand gesture here) ROCK!

Virtually every song is punctuated by a musical flourish from drummer Emi Morimoto and a flurry of hair from bassist Ritsuko Taneda. Ultimately, they capture the essence of the Ramones more than any band around today, and in fact, three years ago they did an entire album and tour as the Osaka Ramones. Shonen Knife have been championed in the past by indie rockers like Kurt Cobain and Thurston Moore such that, it would be hard to think of a more appropriate first post-Riot Fest show.

Whether or not you care for songs about banana chips, cookies, sushi, mushrooms, cats or animated cartoons be prepared to suspend yourself any disbelief and let yourself sway or bounce in Brownian motion and, most importantly,—smile! (Bart Lazar)