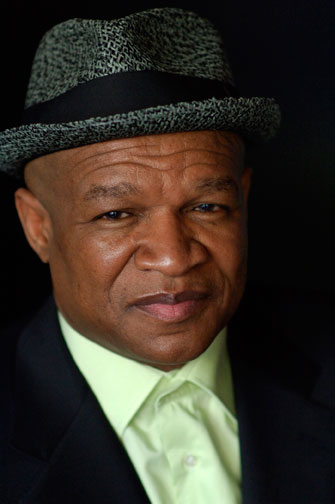 For fifteen consecutive years, Englewood resident Ernest Dawkins has coordinated a free, six-hour outdoor celebration of sound as a contribution to his community. This celebration, officially called the Englewood Jazz Festival, is sponsored by the Live the Spirit Residency, a nonprofit organization Dawkins founded in 2006. He presented the first three Englewood Jazz Festivals through a grant from nonprofit Meet the Composer (now called New Music USA) and, when this grant ended, Dawkins supported the next three festivals with his own funds before establishing Live the Spirit.

“This community has multiple economic difficulties and has been ignored by the arts community for too long,” Dawkins said in a recent conversation. “I did this festival to try and institutionalize the music and arts in this underserved community and, in the future, I plan to branch out to Roseland or the West Side. I want this to get bigger.”

“Dr. Adams has been a supporter of the music and has music series at the DuSable. She is also a big supporter of the arts on the South Side,” Dawkins said. “Robert Shy has been one of the stalwart drummers in the community for years, and Ari Brown is one of the mentors to many young saxophonists coming out of the South Side. He has been a great inspiration and has been one of my babas for many years.” At 3:45pm, the Live the Spirit Residency Big Band, conducted by Dawkins, a saxophonist who also composes the ensemble’s music, will perform. This ensemble originated with the first Meet the Composers grant, and is an annual festival feature. This big band recently played “Memory In the Center: An Afro Jazz Opera Honoring Nelson Mandela,” at last month’s Chicago Jazz Festival. Dawkins composed the suite after being commissioned by the City of Chicago and the Jazz Institute of Chicago as part of the Made in Chicago series. The ensemble, with Brown serving as special guest soloist, will perform an excerpt from the Mandela suite.

This suite follows other works Dawkins has composed about history and historical figures. In 2013, he composed a suite honoring the fiftieth anniversary of Dr. Martin Luther King Jr.’s “I Have a Dream” speech. His big band performed it in London, France and at DuSable Museum. In 2008, Dawkins’ New Horizons Ensemble released “UnTill Emmett Till,” an album that revisited Till’s murder. “I’m trying to create extended, artistic work that deals with the history of African Americans in Chicago and Africans throughout the world,” Dawkins said. “For this newest work, we’re currently doing a fundraising campaign through Indiegogo to produce the video and audio for the performance we did at the Chicago Jazz Festival,” he added. “Our goal is $4,000, but $5,000 would be good, too.” Headlining the Englewood Jazz Festival will be saxophonist Chico Freeman, whose father was the late Chicago tenor legend Von Freeman. He will be joined by his uncle, guitarist George Freeman.

“Chico was a member of the Association for the Advancement of Creative Musicians before leaving for New York,” Dawkins said. “He has carved out a good career for himself and now lives in Europe. He’s also going to record with George afterwards.”

Should there be rain on September 20, the festival will be held in the Hamilton Park Cultural Center field house. Since the fest began in 2000, Dawkins said, there have only been two days where it rained. “People still showed up,” he said, “because we are rain or shine. We don’t cancel.” Every Englewood Jazz Festival, Dawkins added, has attracted hundreds of positive people who love the music and each other’s company.

“We have never had an incident [of violence]. It has always been peaceful, and we always have a good time,” he said. “Let me put it this way: if you believe everything you read in the newspapers, then maybe you don’t need to come to Englewood, because you’re going to bring some bad vibes with you.”