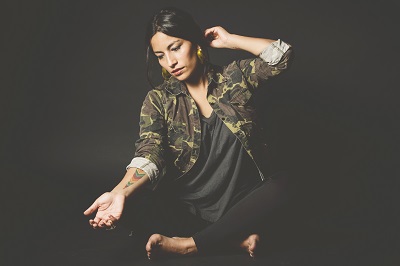 Chilean rapper Ana Tijoux has been quite busy of late—just in 2014 she collaborated with the likes of Julieta Venegas, Oscar-winner Jorge Drexler and many others while embarking on a massive tour that included stops at Millennium Park and the Latin Alternative Music Conference in New York. Her sound blends North and Latin American influences—she has a solid band that includes guitars, percussion, keys and drums. In addition, her backup singers are also skilled MCs who have the chops to share many of the tunes, freestyling whenever there is space to do so.

Tijoux first broke out with her hit “1977,” but she doesn’t make the hit a centerpiece of her set—she often includes it halfway into the show, allowing more recent numbers to highlight the performance. Among recent tunes are the poignant “Antipatriarca,” a feminist statement against machismo around the world whose lyrics say “You will not humiliate me/you will not shut me up/you will not oppress me” during the chorus, and also “Somos Sur,” a tune dedicated to the Palestinian cause. The Klezmer-like uptempo song name-calls many nations who have supported a “free Palestine” over the years and hopes for a peaceful solution to the decades-long conflict. (Ernest Barteldes)