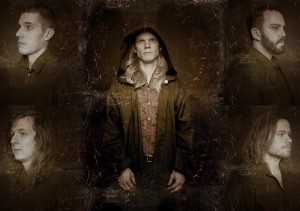 The summer concert season in Chicago is a distant memory and the idea of heading out in the pre-Polar Vortex cold to see live music is less than appealing. Still, it’s fall in Chicago and our last gasp before we collectively nest until winter comes in the form of Halloween: more specifically Halloween parties and concerts. Other cities do Halloween, of course, but Chicago’s brutal winters and love of live music means that we tend to take Halloween a bit more seriously. (I would say only Seattle does it better.)

With Halloween falling on a Friday this year, there’s even more choices for the evening, which could be great or potentially a hot mess depending on one’s love for tribute/cover bands and tolerance for sharing the evening with costumed binge drinkers in “sexy” costumes.

If you want to start your festivities off early, The Owl (2521 North Milwaukee) will be hosting a Halloween party headlined by Hymen Moments, an-all woman tribute to The Misfits on Thursday, October 30, at 10pm. I’ve never seen or heard them before and they already sound brilliant. There’s also a Screeching Weasel cover and a Ramones cover band starting off the night. On Friday, October 31, The Owl features a more low-key night of spooky music promising “NO MONSTER MASH OR THRILLER,” which is refreshing to hear.

Double Door (1572 North Milwaukee) will be doing its 18th annual Halloween Bash where local and national bands play the role of tribute bands for at least one night. Perhaps in honor of MCA’s “David Bowie Is” exhibition, Rebel Rebel headlines with a David Bowie tribute, along with A.M. Taxi as The Kinks, The Noise FM as The Police, Blackbox as Oasis, Hessler as Guns N’ Roses. Show starts at 8pm with tickets at $10/$20 VIP (which means you get seats, apparently).

While also not a costume/tribute show, The Burlington (3425 West Fullerton) will have a show by the awesome horror-rock outfit Creepy Band. Highly recommended, the concept behind the music sounds schlocky (Misfits-esque rock songs combined with horror-movie spooky organ music), but they’re really a treat and worth checking out to get into the Halloween mood. There’s also a discount if you come in costume. Show starts at 9pm.

For a more low-key event, over at Schubas (3159 North Southport) psych/doom rock three-piece The Wytches are doing a Halloween-appropriate headlining gig. The show starts at 10pm, which is plenty of time to ditch other costumed festivities for the evening.

Chicago’s favorite punk marching band Mucca Pazza is doing a Halloween show at Lincoln Hall (2424 North Lincoln), It’s the group’s tenth birthday, in addition to being an album release party, so it’s likely to be 100-percent insane, and I mean that in the best possible way. This is probably not the place to be if you don’t want to get all sweaty. The show starts at 9pm with a $20 cover.

Country fans have their own Halloween extravaganza to look forward to: Joe’s Bar on Weed St. (940 West Weed) has a “Halloween Hoedown” with three bands doing their own tribute to country artists: Rebel Grace will be performing as Miranda Lambert, Suburban Cowboys performs Toby Keith songs and Saddlebrook takes the stage as Eric Church. The show starts at 9pm with a $15 cover.

Some of us are long past the age of doing cheap shots at a dive bar for Halloween. Also, some of us don’t live on the North Side or wish to go north for a good party. That’s where the MoBetter Grown and Sexy Halloween Masquerade Ball at Promontory (5311 South Lake Park) comes in. It’s not cheap ($25/$30 at the door), but it’s for grown and sexy people, so that presumes you have grown and sexy expendable income for such an event. Jazz saxophone man Reggie Foster Jr and his band will be playing funk, R&B, and disco for the stepping set, while DJ Maurice “Ice” Culpepper will keep the party going with a mix of house and R&B.

Looking beyond Halloween, there are a few great ongoing curated music events from local publications and creative organizations. Homeroom Chicago, a non-profit arts programming organization has hosted a Songwriter Showcase for the past few years that focuses on two or more songwriters exploring their creative process. (Full disclosure: I’ve been a guest speaker at Homeroom’s unrelated “101” series a couple of times.) Either way, the event seems like a great fall/winter antidote to the summer festival scene. The next showcase is scheduled for November 11 at Elastic Arts, with feature guest TBA.

Gapers Block has its own new addition to the curated music series scene, Stars Align! The series brings together two musicians who for one night only (that’s the “stars aligning” part”) will play re-imagined covers of the other artist’s songs, in addition to other musical goodies. The series takes place on the third Thursday of every month at GMan Tavern (3740 North Clark)