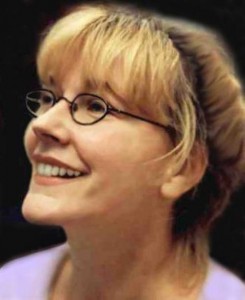 On Sunday night Chicago’s music community lost Gwen Pippin, a mainstay of the city’s cabaret scene and a longtime vocal instructor at the Old Town School of Folk Music.

In her decades as a performer Gwen played virtually every club, lounge and piano bar in town; most recently she was the Saturday-night attraction at Davenport’s on Milwaukee Avenue, a gig she held from the venue’s opening in 1998.

But it was as a teacher that Gwen established her most lasting legacy. She was a fierce opponent of what I call the professionalization of singing. She was born into a world where people routinely gathered around the piano to make their own music, before the omnipresence of world-class singing on radio, LPs and TV intimidated the less gifted into silence. Gwen was not having that. She dedicated herself to helping ordinary people fulfill their need to sing—“and it is a need,” she would insist.

Her students, who came from all walks of life and every imaginable demographic, responded with the kind of loyalty most teachers only dream of inspiring. Some of them stayed with her for years, dutifully re-registering for her classes every eight weeks, come hell or high water. They became a genuine community; in fact she invented a name for them—the We Haven’t Quit Our Day Jobs Yet Singers. Several times a year she produced a full-scale recital to showcase their talents, with costumes, staging and even props, and mounted it either at Davenport’s or in the Old Town School’s theater space on Armitage. (I was in a few of those shows myself.) Essentially, she forged housewives and postal workers and marketing managers into seasoned stage performers. And she was right beside them on the piano through it all.

On hearing the news of Gwen’s passing, my friend Nath Wheaton recalled “her formidable character, her strong, but warm, personality, and her amazing ability to find just the right song for every person and every show. Leather and lace.” She also invoked the mantra adopted by Gwen’s longtime students, who knew better than to pit their own judgments against hers: “Let go, and let Gwen.”