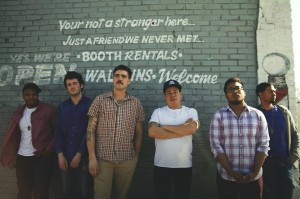 For the musically inclined, the week of Thanksgiving can be a bit of a dead period. Since so many people head out of town for the week, many venues avoid booking shows during this time; in addition, they’re usually gearing up for whatever Christmas holiday events they might have planned. Bands try to squeeze in as many shows as they can before the holidays become a distraction for their followers, so traditionally it’s an uneven time for live music—unless you’re really keeping an eye out.

Which I’m here to do for you. And in terms of national acts, this Thanksgiving actually offers a pretty good weekend of options. The beloved Lucinda Williams comes to the Vic (3145 North Sheffield) on Friday, November 28, while her spiritual offspring Lydia Loveless is ironically playing Lincoln Hall (2424 North Lincoln) at roughly the same time. Saturday brings the gorgeous harmonies of Missouri roots rock band HaHa Tonka to Subterranean (2011 West North), and indie-rocker Angel Olsen (who once called Chicago home, albeit for a short time) returns to play Thalia Hall (1807 South Allport).

As far as local acts, while it’s not the liveliest week there are a few notable shows worth checking out both before and after Thanksgiving. In my previous column I previewed the upcoming Good Vybes Fest at the Empty Bottle (1035 North Western), a two-day festival which takes place on the Friday and Saturday after Thanksgiving and features an impressive lineup of veteran and up-and-coming punk bands from across the country.

On the Wednesday before Thanksgiving, the Portage Theater (4050 North Milwaukee) features a night of hip-hop and soul stylings with locals The O’My’s and Lil’ Lito, opening for Miami rapper/singer/songwriter Kat Dahlia. It’s worth a trip to check out The O’My’s, whose tough-and-tender brand of bluesy R&B is a getting some national attention, though in my opinion the group should already be a lot more well-known; look up their track “The Wonder Years” with Chance The Rapper for a sample of their greatness. The show is all ages, $20, and starts at 7pm.

On Friday, November 28, Chicago’s hard-working brother-sister rockers, White Mystery, headline the Goose Island Tap Takeover of Red Line Tap in Rogers Park (7006 North Glenwood), with political hip-hop collective BBU and pop-punkers Absolutely Not opening. Considering that this event boasts a large selection of premium beers and some of Chicago’s more well-loved local bands together in a pretty small venue, it may be worth getting tickets early, or at least showing up at the door a bit before the 8pm start time. Tickets are $7/$10 at the door.

Over at Martyrs (3855 North Lincoln) on Saturday, November 29, there’s an early-show lineup of three local bands that specialize in loud, energetic rock: post-punker hook wizards The Sentinels, clever and crunch-laden local vets The Moses Gun, and awesomely weird, genre-smashing doom/thrash/noise rockers Haki. The show starts at 5pm and is all-ages. Trust me, though: even if you’re old enough to drink, you’re not too old for this lineup. The Moses Gun has been on my personal radar for the past few years (though they’ve been gigging across the city for far longer); their heavy-but-melodic sound evokes nineties grunge like Alice In Chains and Soundgarden while still managing to sound current and fresh.

Looking into December, keep an eye out for events from a local music website called Downwrite, founded by Braid’s Bob Nanna, which allows fans to commission custom songs from indie songwriters. The site hosts a music trivia contest the third Wednesday of every month at a show featuring Downwrite musicians at Gingerman Tavern (3740 North Clark). It’s free, and it starts at 7pm. Later in December check out We Carol Lot: The Downwrite Holiday Show (see what they did there?), which takes place at Metro on December 20 at 8pm. The lineup features Nanna and other Downwrite musicians, plus a veritable cornucopia of mid-nineties to early 2000s alt-rock and emo: Matt Pryor of The Get Up Kids, William Beckett of the Academy Is…, Tim Kasher of Cursive, and others of their ilk. Tickets are $15/$17 day of show; they also offer $40 VIP tickets which include a reserved table, posters and grab bags.

Looking even further into the future, it’s worth mentioning that tickets for Schubas and Lincoln Hall’s midwinter music showcase, Tomorrow Never Knows, just went on sale this past week, and the lineup for January has a few standout acts. Cloud Nothings and Jukebox the Ghost headline the festival, along with Aimee Mann and Ted Leo (performing as The Both). Personally I’m most excited to see experimental singer-songwriter Zola Jesus and raucous, fun Toronto punkers Pup, but the entire lineup is motivation enough to get some decent long-johns, bundle up and brave the outdoors in mid-January. The festival plays out at various clubs and venues; check out the festival’s website for locations and ticket info.