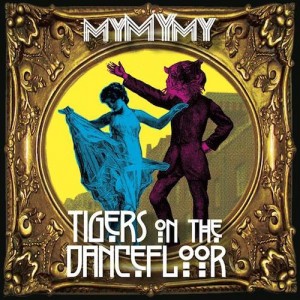 Let a hundred-thousand critics give their thoughts on My My My and there’s still one phrase you’ll never read: “stripped-down.” On the night I most recently saw them (November 21 at Double Door, the release party for their new album, “Tigers On the Dance Floor”) there were nine performers on the stage. Their sound—beautifully reproduced on the album—features complex rhythms, multilayered harmonies and a thick synth frosting; yet there’s nothing bloated or mannered or self-conscious about it. This is downright muscular pop music: driven, delirious and out for a goddamn good time.

The band is fronted by two vocalists, Russell Baylin and Sarah Snow, who also write all the lyrics. The music itself is a collaborative effort on the part of the entire group, which includes Ante Gelo on guitar and string synth, Jake Bartolone on bass and Moog, John Sorensen on drums, and John Szymanski on keys and percussion. The only members who don’t seem to do double duty are the backup vocalists, a.k.a. The Peoples, unless you count looking lethally glam while they sing as double duty.

Baylin and Snow are a great match: he growls, she howls, and in their solo numbers their sheer sonic majesty makes you stand up and take notice. But when they duet (as in “Sirens of Soft Persuasion”) they can lift you right off the floor and dangle you there. The tunes are incredibly polished and stuffed with so many hooks they’re like harmonic velcro. A few of them—like “Bleeding” and “When We Kiss”—perform that rarest feat of pop alchemy: sounding utterly fresh and yet also giving you the impression you’ve known and loved them for years—that they’re already bonded to your DNA.

Pop music gets short shrift from critics, and understandably so; it’s largely become the province of corporate assembly lines and TV reality shows. My My My reminds us why we loved pop in the first place: even listening to the band through earbuds at your desk, you feel like you’re on an open highway going seventy-five, with the windows wide open and the stereo cranked up as far as it’ll go. Sheer joy, is what it amounts to.

“Tigers on the Dance Floor” is available through the usual channels and on My My My’s website. 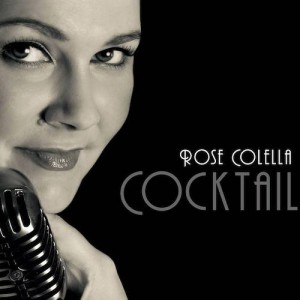 Equally felicitous, but at the other end of the spectrum is “Cocktail,” the new album by Rose Colella, a vocalist who’s been a mainstay on Chicago’s jazz scene for several years. All that gigging and networking pays off spectacularly here, as she’s assembled an absolutely topflight ensemble to support her (she calls it “the ‘Cocktail’ Band,” because the girl knows branding). It includes Dan Murphy on piano, Chris Madsen on sax, Joe Policastro on bass, Mikel Avery on drums, and both Dan Effland and Andy Brown on guitar. Their playing throughout is nimble, inventive and witty; if jazz is a dialogue (spoilers: it is), this is one sparkling conversation.

But ultimately it’s Colella’s voice that shines. I don’t know anyone like her; she swings so naturally and easily, you don’t realize you’ve been swung till the tune ends and you find yourself with the auditory equivalent to sea legs. Her tone is ravishing, but it’s the casual way she bends a note that slays you—like she’s curling a lock of hair around her finger. And then there’s her phrasing: every line is delivered like it only just that second occurred to her. In a tune like “Scotch & Soda,” she sings so far behind the beat you think she’s going to have to hop a cab to catch up; but the languor is deceptive. She’s always in complete control—and always completely original. In “Let’s Misbehave,” for example, she sounds like someone who’s already very successfully misbehaved and is playfully suggesting Round Two.

The track list is wonderfully idiosyncratic; Colella avoids the customary standards, preferring to disinter some genuine treasures that don’t often get an airing. (About as close as she comes to the usual repertoire is “Bali Ha’i,” which isn’t very close at all.) Yet despite the rarities—and her gorgeous instrument and tremendous musicianship—Colella’s real asset is something that can’t be taught, bought, or faked: charm. She’s got it in spades, and “Cocktail” shimmers with it.

“Cocktail” is “available through the usual channels and on Rose Colella’s website.