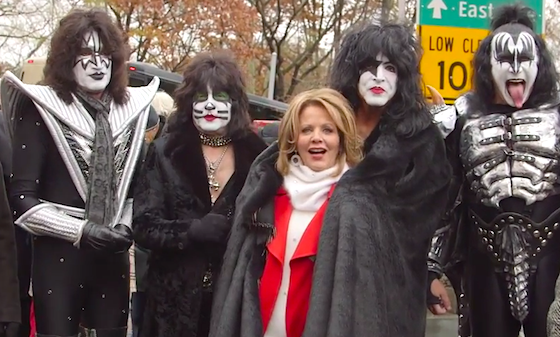 Renée Fleming with KISS at the Macy’s Thanksgiving Parade

It’s a busy holiday season for the “People’s Diva,” Renée Fleming: not only has the soprano released her first-ever Christmas album, “Christmas in New York” (Decca), but PBS has produced a television special on the making of the album. As if that weren’t enough, Fleming sang at the Macy’s Thanksgiving Day Parade and is opening a new production of “The Merry Widow” at the Metropolitan Opera on New Year’s Eve, with Lyric Opera music director Sir Andrew Davis at the podium.

Christmas itself, however, Fleming admits, will remain a family affair. “My whole family sings like crazy,” says Fleming. “When we decorate the tree, my daughters and I have a major impromptu scat-singing festival.” It’s this spirit that informs the eclectic approach of “Christmas in New York,” on which Fleming performs with guest artists Wynton Marsalis, Gregory Porter, Kelli O’Hara, Chris Botti, Brad Mehldau, Rufus Wainwright and Chicago jazz singer Kurt Elling.

For those expecting a killer rendition of “O Holy Night” or “Ave Maria,” think again. “That was my expectation as well,” laughs Fleming. “I just assumed when I would finally do a Christmas album, it would be that Karajan-Vienna Philharmonic-Leontyne Price template. But this came together in a different way and Universal had a different idea about it.

“I stayed away from carols for the most part, except for ‘Stille, Stille, Stille.’ I also went to my collaborators and said, ‘What would you like to do?’ I took their lead in many cases. Since this took about nine months to really finish up, I worried for a while about it coming together in a way that would make it feel like a whole, but it did. There was enough variety on it to enable it to have that sense of different things coming together.”

But December has other meanings for Fleming, as it was four years ago on December 9, 2010 that it was announced that she would become Lyric Opera’s first-ever creative consultant.

“You would have thought it would be a no-brainer for major arts organizations to align themselves with major performers,” Fleming says, “but it just hasn’t been done anywhere else that I am aware of, other than in Chicago with both me and with Yo-Yo Ma [at the Chicago Symphony Orchestra]. I think it’s been very successful. But it has to be someone who somehow has a relationship with the public that is helpful. Chicago has really done a wonderful job of utilizing both of us and enabling us to contribute and be helpful, which is a great gift.”

Part of the benefit of a high-profile creative consultant, Fleming feels, is the way perceptions of the performing arts have changed across the world, particularly in America, “where we don’t have the luxury of state support in any substantial way.”

“Classical music and the arts were once aspirational for people who wanted to be considered upwardly mobile or well-educated,” says Fleming. “It went hand-in-hand with the proverbial trip to Europe. It’s all changed quite dramatically. The tables have turned, and it’s now up to us now to reach into the community and say, ‘Actually, we can serve you.’ It’s not just what I’m doing, it’s what the whole art form is transitioning into: something more modern.”

Since Fleming’s five-year appointment will conclude next December, does she have some sense of whether her partnership with Lyric might continue beyond that initial tenure? “Yeah, we’re chatting about that now,” Fleming admits. “It’s premature to say one way or the other what’s going to happen, but we’re definitely talking. You always have to think ahead. All of these art forms are five years ahead. Nothing really happens without a long-term discussion.

“The amount of things you can do, the options are endless. One of the things that fascinates me the most is this whole idea of audience development and saying, ‘Come and try it: opera won’t be for everyone, but how will you know if you haven’t been?’ ” 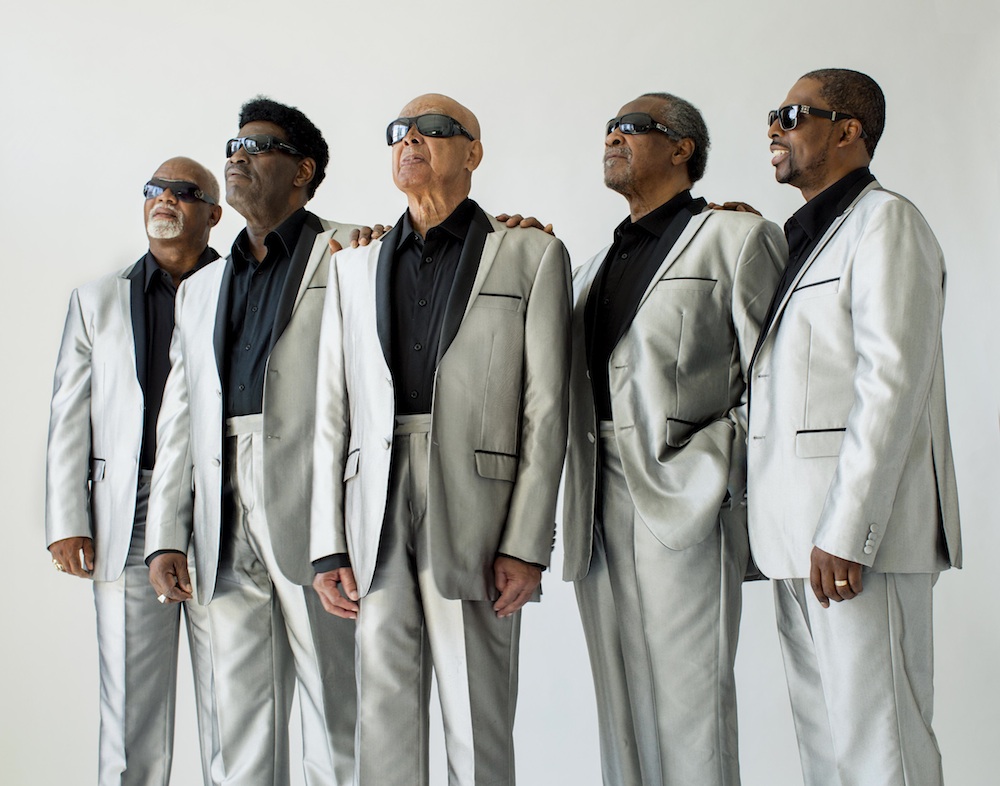 Gospel Truth: Every Day is Christmas

Given that they’ve been performing since 1944, it is not surprising that the Blind Boys of Alabama have released multiple Christmas albums of traditional religious-themed carols and songs, the last as recently as 2002. This year, however, for their seventieth anniversary, the Grammy-winning gospel singers decided to release a new album of contemporary Christmas originals called “Talkin’ Christmas” (Sony Masterworks) that, as they see it, reflect their views on a season facing ever-increased secularization.

“You’ve got to remember, we have to sing songs fitting to our calling,” says lead vocalist Jimmy Carter, the last surviving original member still performing with the group, who with the other originals began singing together as young boys at the Alabama Institute for the Blind in Talladega. “This is why we ended up having to write our own songs. Christmas, in my opinion, has become too commercialized. Christmas is a time of joy, love, happiness and a time of giving. This is what we’re trying to let the people understand.”

The title track advises that materialism distorts the season, and that it is rather a time “to think about people maybe less fortunate than you. This is what we’re trying to do, get the message back into Christmas.”

The Blind Boys of Alabama Christmas show—which brings them to Chicago’s City Winery this month—does include repertoire only heard at Christmastime, but there will also be “plenty of traditional gospel songs,” says Carter. “We have to do ‘Amazing Grace;’ that’s our signature song. We do it every night of the year.”

Carter admits that this is the busiest time of year for the Blind Boys, who have been touring their Christmas show since late last month and will continue non-stop until Christmas Eve. “I always have enjoyed the holiday season,” says Carter, “but I don’t think we should wait until Christmas to show our appreciation and gratitude toward others. I think we should do it every day. We try to make that our message three-hundred and sixty-five.” December 11, 8pm, City Winery, 1200 West Randolph, (312)733-9463.