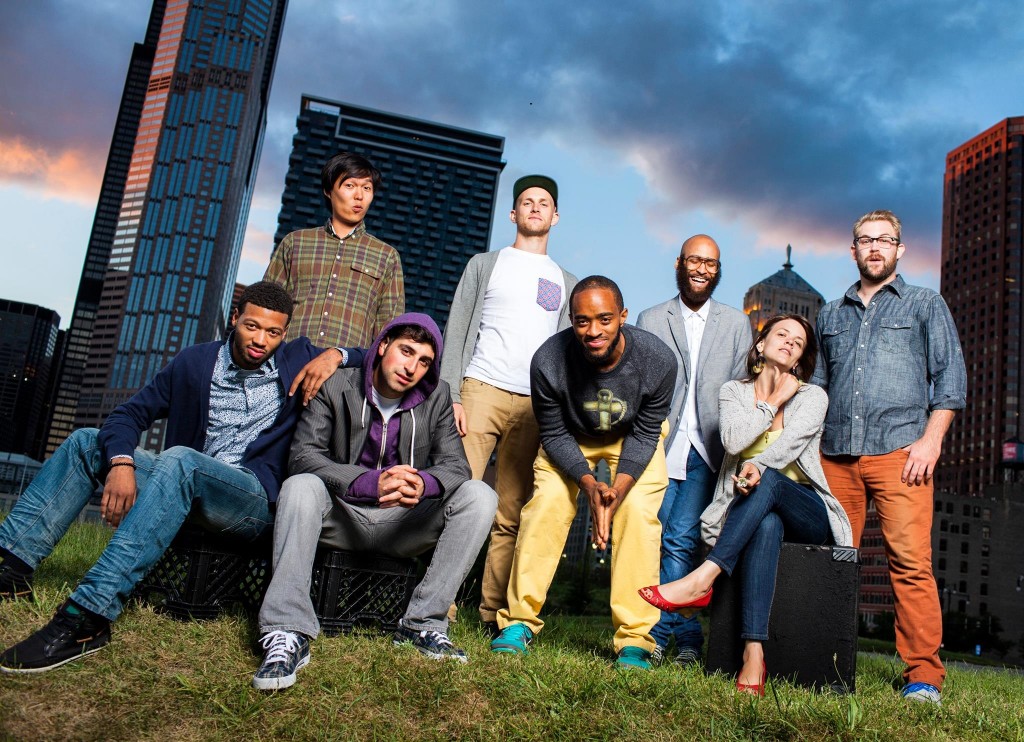 By Keidra Chaney
While recapping the musical highlights of the past year is satisfying, looking forward to the new year is even more fun. Speculation always runs rampant, but the great thing is never knowing what to expect from new bands, new shows, new trends. Sometimes the next big thing in Chicago music comes out of nowhere, or an older favorite manages to surprise. And of course, in Chicago, we approach the upcoming summer concert festival season like it’s a basketball draft. So yes, there’s a lot to look forward to in 2015. Here are a few January shows to start off the year right, along with a few unscientific predictions about what to expect in Chicago music for the new year. Or maybe it’s just a wish list. You decide.
Apparently January is a good month for anniversaries, and there are two pretty significant ones coming up at Metro (3730 North Clark). Chicago’s pride, Bloodshot Records, is celebrating its twentieth anniversary on January 10 with an impressive lineup: folk-rocker Ben Kweller, Lydia Loveless (wasn’t she just in town?), alt-country local Jon Langford, Bobby Bare Jr., and Nashville six-piece Banditos.  The 18+ show is $21 and starts at 7pm. On January 30, post-metal trio Russian Circles comes home for their tenth-anniversary tour. I’ve been a huge fan of the band since their 2008 full-length release “Station,” and their acclaim seems to increase with each passing year. I never thought I’d see the band (or any heavy local band, honestly) play Millennium Park, and yet last summer’s show at Pritzker Pavilion was one of my favorites of an already impressive summer. This is a better time than any to check out the band, as they’ve promised a lineup of “special guests” for their hometown. If you haven’t seen them live, you’re running out of excuses. The 18+ show is $18/$20 d.o.s., and starts at 9pm. Prediction: We may finally see Chicago heavy music get its due in more mainstream circles.
In the last column I mentioned Emporium Arcade Bar (1366 North Milwaukee) and their impressive live-music bookings in the past few months. One thing that’s been great about the venue’s approach to booking is that they haven’t limited themselves to rock bands, or bands with a “geek” appeal.  With that in mind, if you don’t have plans on New Year’s Eve and funk or soul is the musical language you speak, the bar has a surprisingly low-cost affair ($3o) planned that night. Featured are local favorite JC Brooks and the Uptown Sound, playing with eclectic eight-member hip-hop soul group Sidewalk Chalk, who had a pretty impressive 2014, beating out hundreds of acts across the country in a Battle of the Bands to play with the likes of D’Angelo and Bad Brains at the summer’s Afropunk Fest in Brooklyn. Seasoned live performers with a big sound, Sidewalk Chalk certainly earned that slot and are definitely worth the money and the trip to Wicker Park to help you kick off the new year. Prediction: I definitely anticipate Emporium scoring a major coup next year and booking a couple of must-see acts.
Garage rockers Twin Peaks also had a hell of a 2014, with a lively, fan-winning performance at Pitchfork Music Festival and the release of their full-length “Wild Onion.” The press (including myself, I admit) seemed to be fixated on the fact that the band is barely out of their teens, but the fact is, “Wild Onion” is a solid album of fun, infectious rock ‘n’ roll, and their live shows still have that basement-DIY-show energy that is so hard to find outside of that scene. Here’s hoping they hold onto that vibe for years to come. Twin Peaks will kick off 2015 by headlining an appropriately all-ages show at Metro on Sunday, January 18. It’s part of the Tomorrow Never Knows Fest, so pick up tickets soon as it’s likely to sell out quick. Tickets are $16/$18 d.o.s., and the show starts at 7pm. Prediction: expect to see an influx of teen and early twenties garage rock bands, à la Twin Peaks and Purple Door, giving the Chicago live music scene a needed influx of youthful energy.
I’ll start off with a prediction for this last concert recommendation. I’ve written in previous columns about the rise of curated monthly music events like Gapers Block’s Stars Align or Homeroom’s Songwriter Showcase. I predict we’ll see even more curated music showcases in the coming year. I hope there’s a future for this format, at the very least. There’s a lot of opportunity for collaboration between local musicians, artists and businesses, there’s always strength in numbers, and having consistent monthly events—in the vein of Chicago’s live lit scene—helps both musicians and venues build a dedicated audience.  Here’s another event to be on the look out for: Hyde Park’s Promontory (5311 South Lake Park Avenue West) is launching a new monthly series, “The Genius of Jazz and Hip Hop,” curated by  jazz musician David Boykin, which explores the shared aesthetic and influences of the two genres. By the time this column goes to press, the first of the series will have already taken place on December 11, with Boykin, NoName Gypsy, James Woodley, and DJ Ayana Contreras. Since its launch earlier in the year, Promontory has built a reputation for great jazz and R&B shows and this series has the great potential to draw a different (possibly a bit younger) crowd. Check out the Promontory website for more information on upcoming installments in the series.
Happy New Year, and see you in 2015.