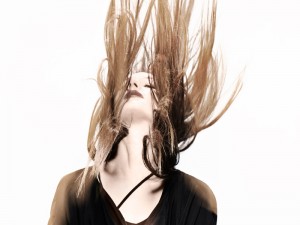 As of this writing, tickets for the Tomorrow Never Knows Festival (January 14-18) are still available. You can get a five-day pass for $100, and most individual shows run from $15 to $30. TNK added a comedy lineup to the festival a few years ago, but since I’m the last person you should be asking about comedy recs, I’ll stick to my picks for the music shows you should consider leaving the house for in the next few days.

TNK kicks off on January 14, and while Aimee Mann and Ted Leo’s fun folk-rock collaboration, The Both, is likely to draw a crowd, I recommend checking out the synth-pop project from Wolf Parade’s Dan Boeckner, called Operators, at Schubas (3159 North Southport). Indie rockers doing dance pop appears to be a thing now (not that I’m complaining, as a rock fan with a jones for synth) and Operators sound about as you’d expect: very eighties-tinged and chock full of hooks. It’s pop music the way indie rockers seem to be embracing it unabashedly now, and I think it’s worth checking out. The $15 show is 18+ and starts at 8pm, with Mister Suit, Lowell and Lia Ices opening.

Detroit garage rockers Protomartyr were a bright spot in a rather lackluster year for rock music with their sophomore album “Under Color of Official Right,” and they’ll be playing Schubas on January 15. They sound like they’ve been around for longer than they have been, probably because the band members are mostly in their thirties. Singer Joe Casey sounds like Ian Curtis and looks like a guy you’d work with, but that’s part of the appeal; it’s not stylish music, or pretending to be youthful and sexy, and that’s way more interesting than rock music that clings too hard to youth. This show is also $15 and 18+. Turn to Crime, Varsity and Spider Bags are scheduled to open.

The weekend is when things get a little trickier for scheduling, as there are a number of great choices. On Friday, one can expect Cloud Nothings at Metro (3730 North Clark) to be sold out; 2014’s “Here and Nowhere Else” was on the top of a lot of critics’ year-end lists, but it’s not really my thing. Instead I recommend checking out Zola Jesus at the Athenaeum (2936 North Southport). This Pitchfork-beloved singer-songwriter’s brand of spooky art-pop is in the vein of FKA Twigs, Kelela and all the other avant-garde pop singers in vogue right now—though Zola Jesus treks more on the goth side of things than R&B. Even though she was in town a couple of times this past year, this show is likely to sell out as well. It starts at 8pm, with Ryley Walker and Angel Deradoorian opening,

To be perfectly honest with you, Saturday isn’t doing much for me personally, since it’s heavy on lo-fi and folk-rock, but there are a lot of options if you’re into heartfelt, emotional music. On Saturday, Canadian indie-poppers Alvvays are at Schubas; the show is likely to be sold out by the time this is published, but there’s always Wisconsin band Phox at Athenaeum, with its interesting, edgy spin on folk-rock—or singer-songwriter Strand of Oaks at Lincoln Hall (2424 North Lincoln). Both shows are 18+; Phox is $18 and starts at 8pm, and Strand of Oaks is $15 and starts at 9pm.

In my last column I mentioned local favorites Twin Peaks and their hometown show at Metro on Sunday, January 18. The show is cheap ($16/$18 d.o.s.) and starts early (6:30pm). This gives some time to potentially check out the show I really recommend: an evening of local hip-hop at Lincoln Hall, headlined by indie favorite Probcause, an impressive, risk-taking MC. One of the many openers of the evening is a longtime favorite of mine, Psalm One, who’s reinvented herself in the past few years and released both an EP and a full-length album under the name of Hologram Kizzie. Since she’s billed under both names, I assume she’ll be performing tracks using both personas. Show starts at 9pm and tickets are $15. There are four openers before Psalm One and Probcause, so you may want to take Monday off.