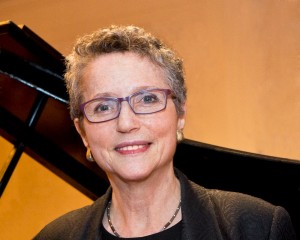 Some forty-plus years later, composer Shulamit Ran still recalls her first exposure to the music of Ralph Shapey, the legendary University of Chicago composer and founder of the Contemporary Chamber Players (later known as “Contempo” for short). “It was in New York,” she says. “I do remember very distinctly feeling that this was powerful music, that for all of its high dissonance and rigor, it was music that spoke from the heart and had a passion and a specificity about it that I really appreciated.”

Much to Ran’s surprise, Shapey had come across an LP of a work of hers that impressed him so much that he sought her out for a composition position at UChicago. “It was very strange,” Ran recalls; “I knew no one in Chicago and had never been there, but once [Shapey and I] met, there was an immediate meeting of the minds… some sort of fundamental musical affinity.”

One of the attractions for Ran in coming to Chicago was the CCP, which gave her the opportunity to compose for chamber ensemble and hear her music performed. “There were not as many new-music ensembles at that time as there are now,” she says, “and there is no substitute for that kind of laboratory for the development of a composer.” She couldn’t have foreseen that after Shapey’s death in 2002, she herself would become the ensemble’s artistic director and shepherd it through its fortieth anniversary in 2005, when Contempo became the moniker, and oversee the Pacifica Quartet and the sextet known as eighth blackbird becoming Contempo’s core membership musicians. 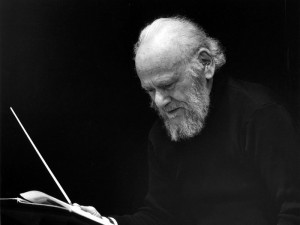 Contempo is preparing to celebrate its fiftieth-anniversary season—Ran’s last as artistic director, since she is retiring from the university at the end of the academic year. In typical Contempo fashion, most of the season will be devoted to music that will be heard for the first time. The opening concert includes a posthumous world-premiere string quartet by Northwestern University composer Lee Hyla, who died suddenly last June, plus a song cycle by former University of Chicago composer John Eaton (see below) and a second movement to a ten-year-old Huck Hodge piano quintet, which will be performed complete.

Ran herself will be represented by her 2010 solo viola piece, “Perfect Storm,” and Shapey by his 1984 Concertante No. 1 for Trumpet and Ten Instruments. “In putting together programs,” says Ran, “something that has been my philosophy throughout my time is that you think of each piece individually, but you also think about the balance of putting pieces together, the flow, bringing something to the mix. In some way, I want each piece to highlight the other. There has to be a balance. There is this large Eaton piece on one side of the program with a more concise—unusual for Ralph—Shapey piece on the other that packs so much into it.” January 24, 7:30pm, University of Chicago’s Logan Center, 915 East 60th, (773)702-2787. 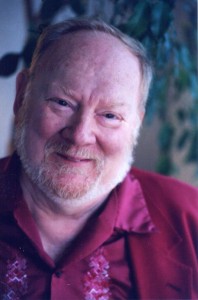 When Ralph Shapey retired from the composition department of the University of Chicago in 1991, it was John Eaton who took his place—and stayed in Chicago for a decade.

Eaton initially made his mark as a jazz pianist, and recorded more than a dozen albums of solo jazz piano music. He’s also known in electronic-music circles, for his experimental compositions and his collaboration with Robert Moog (of Moog synthesizer fame) on the Eaton-Moog Multiple-Touch-Sensitive Keyboard. Chamber ensembles and opera companies also know him for his invention of “pocket opera,” compact works for small groups of singers and chamber musicians.

So when it came time for Contempo to commission works for its fiftieth anniversary, Eaton was an obvious choice. “I wanted to write this because of my feelings toward the University of Chicago, which are very, very warm,” he says. “I wanted to write something really big for them and do the very best I can. It’s dedicated to Contempo and also to Shulamit Ran.”

What Eaton ended up writing was a song cycle on death, called “The End of It,” which like most of his works makes use of microtonality. “To my mind, that simply means using a system different than the chromatic system, the twelve white and black keys of the piano,” Eaton explains. “I got interested in microtonal music because I couldn’t do what saxophonists were doing in jazz… as a pianist, my notes were fixed.” This led him to electronic keyboards where the tuning could be easily changed. “You have so many more possibilities of psychological and emotional nuance. If a major third is ‘happy’—I’m being terribly cliché now—and a minor third is ‘sad,’ there are all these other thirds in between which are familiar to most of the folk traditions of the world and get to deeper emotions.” In his study, Eaton has two pianos side by side, tuned a quarter tone apart, and is eager to demonstrate “how much richer the sound is, you get a wonderful resonance and you can hear the rich spectrum it opens up. For this piece, I’ll use a harp tuned down and a piano tuned regularly.”

For the climax of “The End of It,” Eaton explores several metaphors for death, including a black hole into which “everything disappears, but as some physicists have speculated, there may be escape into light… which of course, leads me to Dante’s ‘Paradiso.’” Other scenarios include “how death comes to the party of a little girl and takes her away right at the height,” making use of toy instruments; movements portraying prayer and desperation; and the Zoroastrian rite involving “a rock in Tibet where people take their dead to be eaten by vultures, the low point of the cycle.”

Still, Eaton says people shouldn’t take the piece as a religious text. “I’m very much an agnostic, I think. What’s out there is so beyond us; you know, if it weren’t, there wouldn’t be any music.” John Eaton and Shulamit Ran will have a roundtable conversation on January 24 at 6:30pm before the Contempo world premiere of “The End of It.”