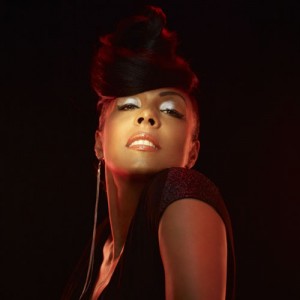 Marie Daulne, founder and lead singer of the Afropop female group Zap Mama, has always straddled two continents. She never knew her European father; he was killed at the hands of Simba rebels in the Congo, where Daulne was born and from where she, her mother and sisters escaped to live in her father’s native Belgium.

One of Daulne’s primary influences growing up was Afrobeat and Fela Kuti. “All Africans living in Europe listened to him,” she says. She even saw Kuti perform as a teenager and was delighted years later when she was living in New York and “Fela!” opened on Broadway. “Prior to that, the most African thing on Broadway was ‘The Lion King’! I returned to the show several times to see Antibalas perform.” Antibalas is the Brooklyn-based Afrobeat ensemble that arranged and performed all of the music for “Fela!,” modeled on Kuti’s own Africa 70 band.

When it was proposed that Zap Mama and Antibalas collaborate on a tour, Daulne admits it was “exactly what I was hoping for! The funny thing is I always wanted to have a cappella Afrobeat, which we never did before. Now that we are only four singers, it is difficult to recreate that exactly the way I wanted, but for my album that we just recorded and that will be released soon, there is a return to voices. We do Afrobeat a cappella. I hope it can inspire people to sing with one another and return to a cappella singing.”

Daulne says the show starts a cappella, creating “a story with the breath starting, which becomes melodies one after another, then harmonies, then ending with the band coming in. We retreat sometimes to let them play their music; it goes in and out—without them, then without us—but the most fascinating part is when we collaborate: Afrobeat and Afropop. Only men doing instruments and all-female voices in combination, and bringing together African and European sounds in an international vision.” February 14, 8pm, Park West, 322 West Armitage; (773)929-1322. 18+. 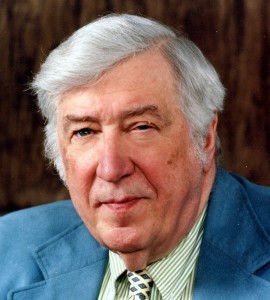 Godfather of Third Stream Composing Himself

“Third Stream,” i.e., the notion of combining classical music and jazz into a new style of music, is a term coined by Gunther Schuller, who trumpeter and Chicago Jazz Philharmonic founder Orbert Davis calls “the Godfather of Third Stream.” Davis has been planning a concert spotlighting Third Stream works of Schuller for three years, which Schuller himself, now eighty-nine, will attend.

“The first time [Davis] ever called me,” says Schuller, “he said, ‘We want to do something of yours.’ Now it’s finally happening. My memory has become so horrible that I can’t remember what he has chosen to do. It doesn’t matter. For me, it’s a very nice gig. I’m going to sit and listen and have discussions; it’s very nice. I’m not conducting or anything like that.”

Schuller does remember Davis’ mentor, trombonist, fellow-Third Stream composer and Chicagoan William Russo. “We were very close colleagues who often worked together in various situations,” he recalls. “He had a particular stylistic linguistic conception that he used and I had a slightly different one. Even in my jazz works or jazz-related works, I was still writing what has always been called twelve-tone music. I don’t use that word anymore because it has caused so much trouble; I’m calling it high chromaticism, because that’s all it is. You know, it’s funny: we used to have seven notes, now we have twelve notes. Big deal, what’s there to get upset about? Once in a while we would get into a little argument. I was very sad when he passed. I started to know him in the early days, when everything happened in jazz and I started with this whole thing of Third Stream in the late forties. He had also studied classical music, so we were fighters in the same arena.”

Another Chicago music figure Schuller vividly remembers is the irrepressible Ralph Shapey. “I performed his music a lot. I was one of the first to tackle his very difficult music rhythmically. That music was so difficult, most people wouldn’t touch it. In New York, I performed ten to twelve of his pieces going back fifty to sixty years. One that stands out that was such a terrific piece was a cello sonata. As you know, he was a rather difficult person. I just dealt with him and didn’t get upset by it, but he could be very nasty. One time, near the end of his ten-year absence or hiatus, I happened to be in Chicago and we happened to meet, and I put out my hand and he said to me, ‘Fuck you.’ ”

For the ongoing fiftieth anniversary of Contempo, the short name for the Contemporary Chamber Players that Shapey founded, Schuller has been commissioned to write a world premiere which he will also attend. “I already wrote the piece some time ago,” Schuller admits. “I wrote this rather quickly not coming up to the deadline at all. I think I was a year and a half before the deadline. I often do that if I have room like that. Shulamit [Ran] said you can make a choice out of the following instruments and that’s what I did: I picked a few strings, a few winds and also some percussion and piano. It was up to me to pick from what was available. I still compose ten hours a day. I have these commissions and they have deadlines. You have to keep deadlines. I have no trouble keeping deadlines. I know other composers who hate deadlines: I love them.” February 6, 7:30pm, Orchestra Hall at Symphony Center, 220 South Michigan, (312)294-3000 (Chicago Jazz Philharmonic); March 1, 3pm, University of Chicago’s Logan Center, 915 East 60th, (773)702-2787 (Contempo).