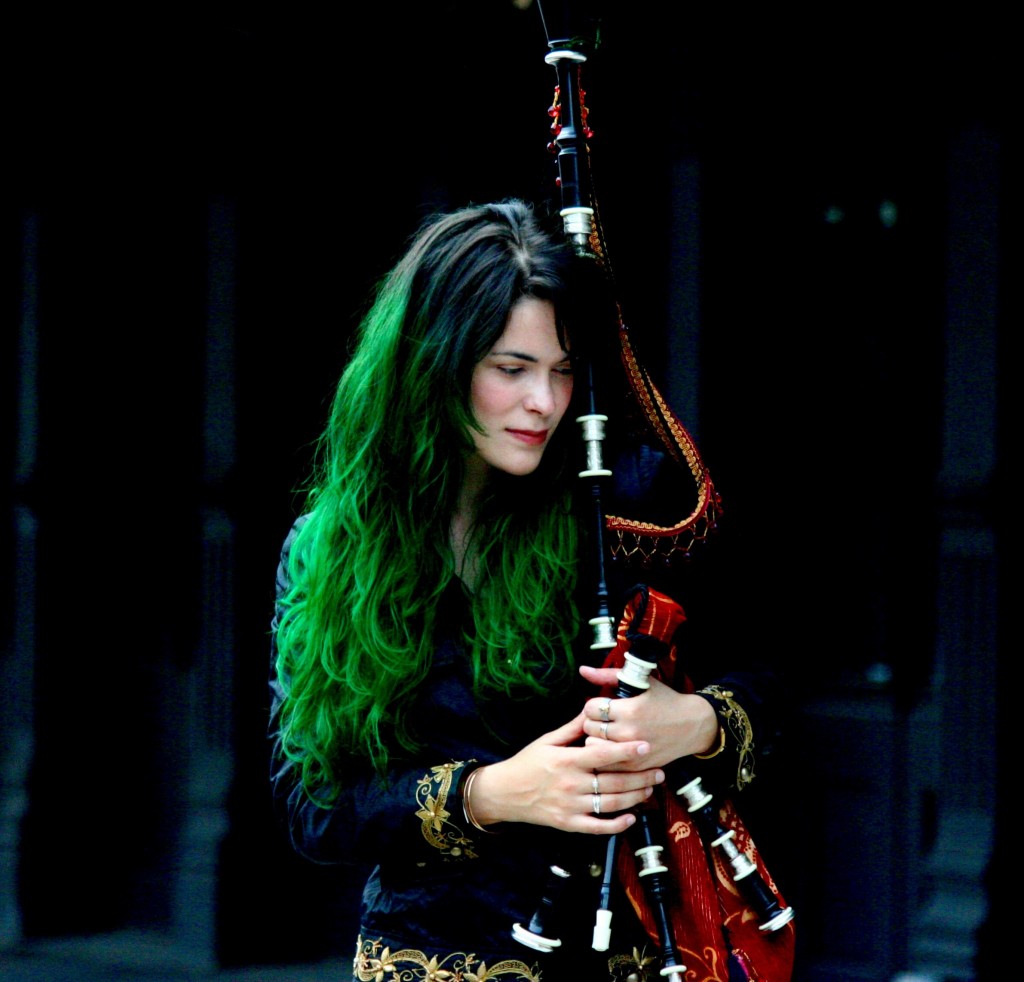 Spanish bagpiper and pianist Cristina Pato realizes that there are lots of concertos for various solo instruments and orchestra out there—but bagpipes? “I don’t have the ability to be able to compose an orchestra piece,” she admits, “but I do have the ability to commission a composer and to open the interest of orchestras to play it.”

Pato, who skyrocketed to fame in Spain after the release of her first 1999 solo album on the gaita, or Galician bagpipes, has attempted to use her celebrity to advocate for her native region of Galicia, “where bagpipes define our cultural identity. Every other person plays bagpipes. I studied them since I was four and piano since I was five, and was very fortunate that I was able to make a career as a bagpiper, especially as a woman.”

Although Pato still performs as a pianist, she is most associated with the bagpipes. She considers playing both instruments somewhat of a “Dr. Jekyll and Mr. Hyde” existence, where each complements the other.

“With the piano,” Pato explains, “you have an instrument where you have a wide range of notes and they are set for you. With the bagpipes, you don’t have many notes so you have to master other things. Also, the piano has dynamics from pianissimo to mezzo forte; the bagpipes are always fortissimo, and there are keys and tuning you have to be worried about. Yet with all those limitations, the instrument has a power to connect with people that for me, is inexplicable. Part of the dedication, and why I really enjoy playing bagpipes, is that I have to work really hard to find the beautiful things that you can easily find when you have an unlimited world.”

As a member of Yo-Yo Ma’s Silk Road Ensemble, Pato has made the gaita a signature sound in that configuration, where “all of the sudden, I saw possibilities for my instrument that I didn’t even dare to dream when I was in Spain, because in that world bagpipes have a specific context and connotation.”

Commissioning larger pieces for bagpipes and orchestra has been central to Pato’s vision and to that end, she will be offering the U.S. premiere of Emilio Solla’s “A Galician Voyage” at performances with Mei-Ann Chen and the Chicago Sinfonietta.

“Emilio Solla is a tango and jazz pianist who has worked with big bands and large ensembles,” Pato explains. “I love his music and I thought he would be great to bring special focus on Galacia. Most Argentine immigrants during the nineteenth century were Galicians, and everybody from Spain in Argentina spoke Galician. When they left Galicia, they brought their music to Argentina, but Argentine music also influenced them; so the piece concentrates on music that goes both ways, and is focused on tango, jazz and roots with the gaita as the storyteller.” March 21, 8pm, Wentz Concert Hall, 171 East Chicago Avenue, Naperville; March 23, 7:30pm, Orchestra Hall, 220 South Michigan, (312)284-1554. 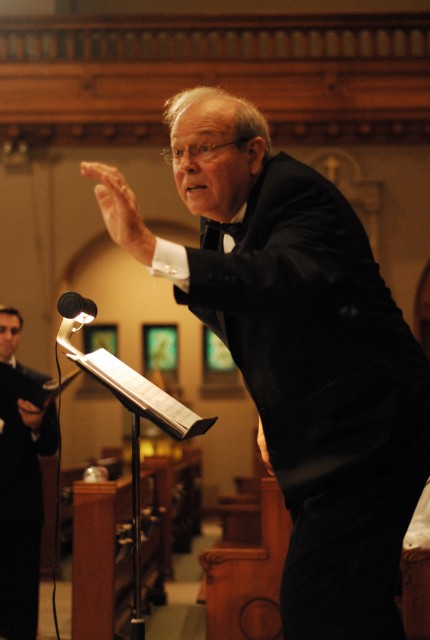 Leading the Chicago Chorale with a Passion

When Bruce Tammen started the Chicago Chorale in 2001, it was to meet a community need. He had been a professional singer, but “knew that there is a spirit in a group of people who really do this because they love it, which is different than I encountered in my professional experiences. I spent several summers with Robert Shaw in his Festival Singers over in the south of France,” he continues, “and he constantly spoke to us about how ‘Great music, like great sex, is too good to be left to the professionals.’

“Specialization of the various genres and periods of music was taking us away from an amateur ideal, and removing opportunities for high quality performance for amateurs, for community people. They graduate from college where they sang in a college choir and enjoyed it, and suddenly it’s gone; they cannot devote their time or their money to the lessons, the daytime rehearsals, all the things that go into singing for money. They only have one or two nights a week to sing, and that’s it. I feel really fundamentally that this is something our culture needs badly.

“Many singers,” Tammen observes, “hope to get out of an amateur chorus and into a professional chorus, and then hope to leave the professional chorus and start singing solos. What about the ninety-nine percent that never do? That doesn’t mean that they cannot do fundamentally high quality work. I think that people should do the ‘St. Matthew Passion,’” which the Chicago Chorale will sing on Palm Sunday at Rockefeller Chapel.

Tammen admits that many of the early core members of the Chicago Chorale, which he formed in Hyde Park after having directed the University of Chicago Chorus, were “U of C types,” but that as time has gone on, “more and more people come in from all walks of life, [representing] every region of the area and beyond”—and marvels there are even choristers from Indiana. “I am amazed at the amount of driving in bad weather that people will do to sing in this group!”

As a singer, Tammen has performed the “St. Matthew Passion” numerous times, “mostly with German conductor Helmuth Rilling at the Oregon Bach Festival. He conducts the darn thing from memory, it just blows my mind. He says he’s done it two-hundred times. The last time we sang it about four years ago, he had a memory slip when the tenor was singing about the Temple curtain being torn, while he was up there at the top of his volume and his range, and he was mortified. Rilling knew I had conducted the work and told me afterwards, ‘You know the peaks and valleys, you can never win this piece: you can’t. It’s bigger than we are.’ I’ve tried to imagine what Bach’s own performances of it were like, with what appear to have been very small forces that were very underrehearsed in a cold, cold church. The piece almost exists as a dream, as a vision, but in reality, it is almost undoable.” March 29, 3pm, Rockefeller Chapel, 5850 South Woodlawn, (773)306-6195.