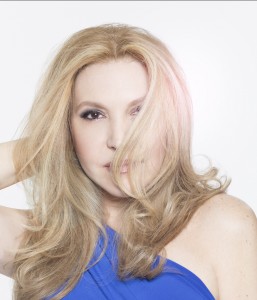 In recent years, Brazilian-born Eliane Elias has been exploring the music of her native country (as opposed to the contemporary-oriented albums of her early career). For her latest album, she even got out of the comfort zone of recording Stateside in favor of a studio in São Paulo—something she had not done since she emigrated. “I had this desire to record in Brazil,” she says prior to an appearance at New York’s Birdland jazz club. “However, I was already used to working with my team here, and that included having Oscar Castro-Neves coming from Los Angeles. But since Oscar passed, I thought that it was time to do something in Brazil within our climate, our language.”

“Made In Brazil” (Concord) contains a mix of originals and covers featuring guest appearances from a cappella group Take 6, bossa nova pioneer Roberto Menescal and genre-bending singer-songwriter Ed Motta. The record includes very personal takes on Antonio Carlos Jobim’s “Waters of March” and Ary Barroso’s “Brasil.” “Waters” is really something that everybody knows, she explains. “To do it with a different feel, it’s really something. The introduction, the modulation, Take 6’s vocals—we were really excited about it.

“And about those other tunes—‘Este Seu Olhar’ and ‘Promessas’—you know that they both have the same exact changes, so they can be played at the same time. I used to sing them with my grandmother, she’d sing one tune and I’d sing the other. But what I thought about that song was its innocence. The take you hear on the disc is the way it came out, there are no overdubs, re-recorded vocals—what you hear is the purity of how the tunes were recorded. And then there is of course, Roberto Menescal, one of the few bossa pioneers still with us—it was a pleasure to have him with me. He was so sweet with me, and the little play at the end, I left it as it was.” (Here she sings “Você não, Menescal, você” and laughs).

“I went to Brazil with the idea that I had to prepare a new record, and once I was there ideas just flowed; I’d be writing and things just came to me,” she says with enthusiasm. “For instance, ‘Searching For The One’—the music and lyrics came at the same time. When I wrote the arrangement for ‘Waters of March,’ I could hear the voices that Take 6 would record right there, so when it felt right I said, ‘let’s go to the studio’ and do it. When we got there, we had a rehearsal and it was fabulous, and then there was one more practice and we were ready to record.

“When I came to the U.S., I arrived as a jazzer, and I was immediately welcomed and embraced by the great jazz players I had dreamed about playing with,” she says. “They were the ‘A’ team of jazz, and they included me—this was the music I wanted to play, which was completely different from the experience I had in Brazil—not because of the talent, but due to the culture at the time. But to go to Brazil and record our music there, it was the same feeling I had when I came here to play jazz: to go there and play Brazilian music. Over there, it’s our people, our language—everything around you. It was a great thing.” (Ernest Barteldes)