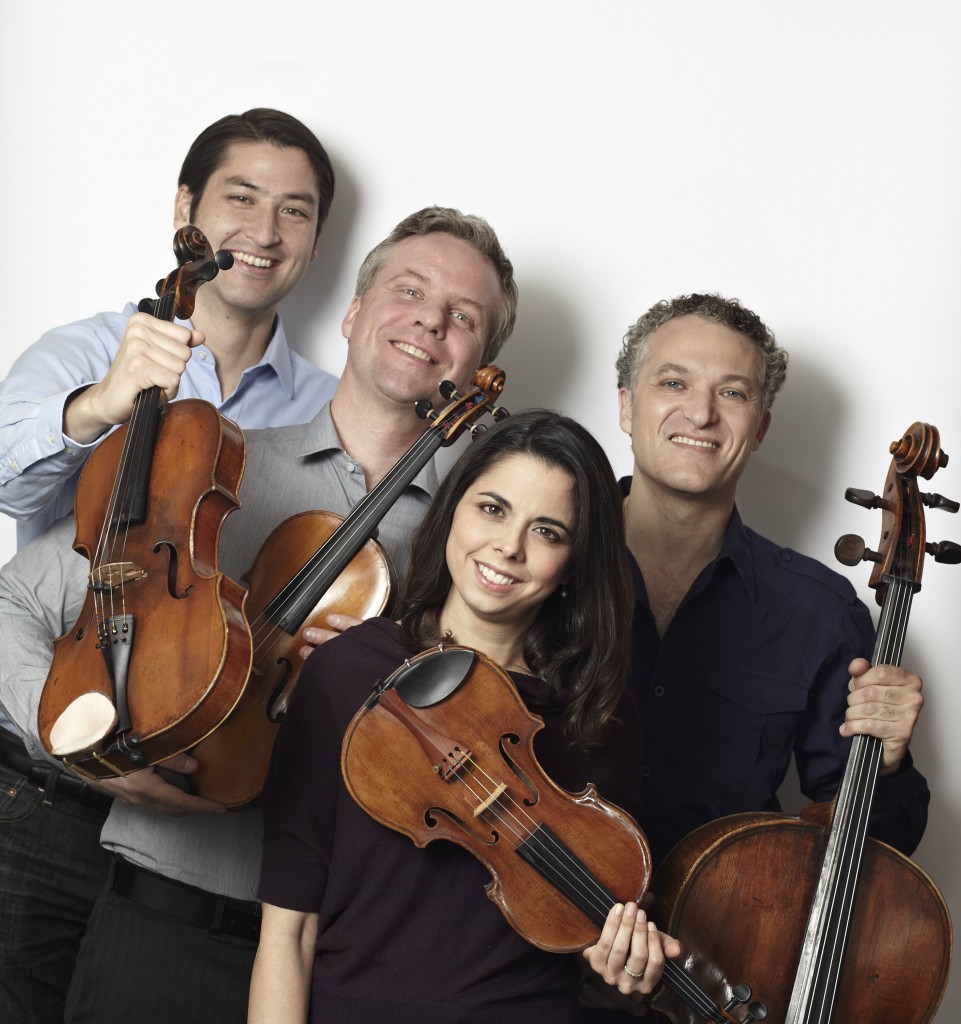 The diversity of music that was composed during the First World War will be spotlighted during a special Pacifica Quartet-conceived University of Chicago Presents festival called “Centenary Weekend: The Crossroads of World War I and Music,” which will include six concerts across a single weekend.

“We did a recording eight years ago called ‘Declarations’ which was music written between the wars,” explains Pacifica violinist Sibbi Bernhardsson. “One of the things we have been talking about a lot was that the early part of the twentieth century was perhaps the most varied time when it came to different types of great music being written, different styles and idioms when there was so much going on. Entering into the centennial of World War I, we thought it would be interesting to make a festival where we highlighted exactly that.”

Instead of performing only the “straight-up quartet recitals that we do ninety times a year,” Pacifica members will also be heard apart as well as together. “We’re breaking up so that each of us will play a sonata, doing piano quintets and doing different things with guest artists. It’s a different kind of playing than we do most of the time.”

But even works that Pacifica regularly performs are seen in a different light when presented within their World War I context. “Pieces such as the Bartók Second String Quartet very tangibly show the horrors of World War I, and in fact the end of that last movement is Bartók at his absolute saddest; completely bleak and devastatingly tragic. Then you have pieces like the Elgar Piano Quintet where it seems filled with optimism, with romantic and lush writing that is noble. I cannot decide if it is hopeful, or if Elgar was just writing music completely unrelated to the horrors going on around him to escape from them.

“Likewise, the Debussy Violin Sonata is as organized as the Janácek Violin Sonata is neurotic. Each of these works is so completely and vastly different, yet these were all written within a span of about three to four years from each other and in a pretty similar part of the world. It’s not like we’re exploring music from South America and Africa, where it would be more understandably different: we’re talking about basically music that was written in central Europe.” April 10-12, University of Chicago, various venues, (773)702-2787. 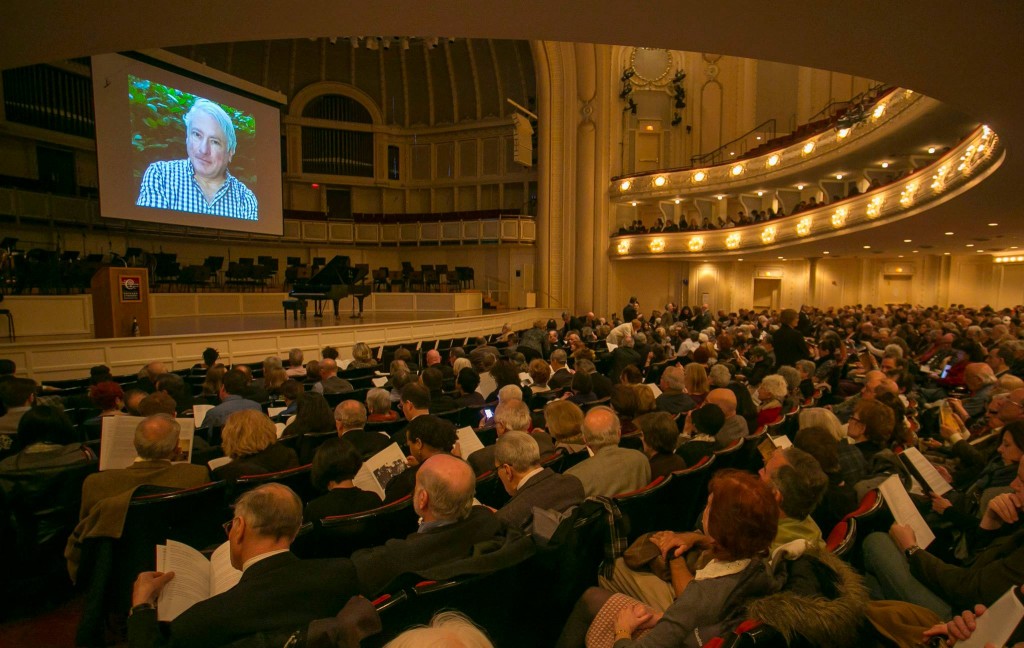 A Monument for a Critic, At Last

The notorious adage that “no monument has ever been erected to a critic” was thoroughly debunked on March 18 at Orchestra Hall with a monument of family, friends and admirers assembled together to honor critic, broadcaster and longtime friend and colleague Andrew Patner. What was erected was a magnificent edifice of admiration, gratitude and affection that was an inspiration and a high bar set for those of us who practice Patner’s profession in Chicago.

What came across from the two-and-a-half hours of verbal and musical tributes is that being a great person was as important to Patner as being a great critic, and that he succeeded at both.

It was fascinating to hear Alex Ross of the New Yorker—whom Patner himself considered the premier critic in the country—speak about the half-dozen emails and messages he exchanged with Patner every day about all kinds of matters, and how much that Patner had informed his own criticism. (I confess to envy as I thought Patner and I were close, generally exchanging their daily allotment per week.)

Former Chicago Symphony Orchestra music director Daniel Barenboim, via recording, became philosophical speaking about how he often gripes about his old age, while Patner’s death at fifty-five reminded him that old age is a privilege not bestowed on everyone; and how much he wished, for all of our sake, that it had been bestowed on Andrew. (Ditto.) New Yorker illustrator and longtime Patner partner Tom Bachtell, whose portrait of Patner graced the cover of the commemorative program, shone when he spoke about falling in love with Patner at a party “from the moment he opened his mouth,” of his joy at watching others “bask in Andrew’s brilliance,” and of the paradox of the immense pain of Patner’s loss being felt alongside such immense outpourings of love from every corner.

Knowing Patner as a friend before he became a critic, I found myself identifying with his childhood friend Kenny Blum, who traced an amazing, decades-long relationship between them that defined them both. Blum said he is determined to keep Patner’s presence in his life by being more curious, by reaching out to strangers, being a better listener, a better friend, a better “critic” and connoisseur of all things, et al.

This is an amazing legacy for Patner to leave such a vast circle; any other monument—even a statue or a street named in his honor—would seem tremendously trite by comparison. Arrivederci, Andrea.