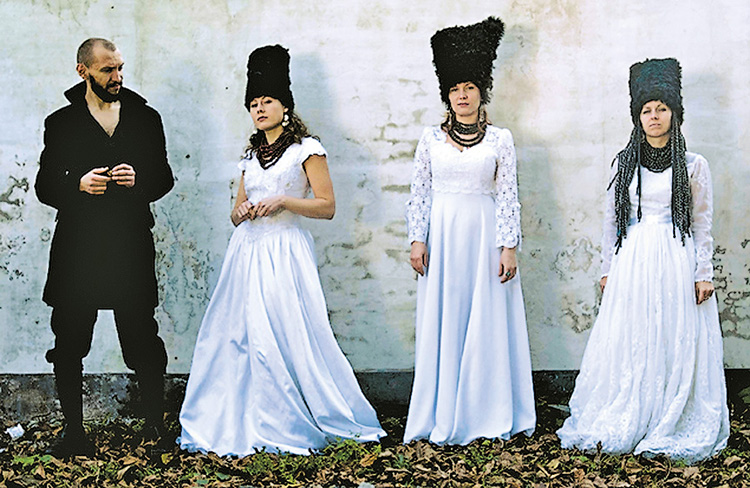 An enticing array of live shows spanning the globe is coming to Chicago in mid-April. If you’re an international music lover you’ll want to see as much as you can. After this bountiful world-music weekend, the touring-artist landscape is a bit lackluster until summer. Some highlights:

On April 17, Sierra Leone’s Refugee All Stars come to Martyr’s (3855 North Lincoln; $17/$20 DOS). As its name suggests, the band was formed in a refugee camp where its members were displaced during the Sierra Leone Civil War. They’ve become increasingly popular in Chicago over the past decade—they visited us twice last year alone. Their most recent Mayne Stage show was one of the most joyful I’ve ever attended; the crowded dance floor grooved happily to the lilting guitar riffs of soukous, African highlife, and the reggae-like rhythms of baskeda. Last year the All Stars returned to their acoustic roots with the release of “Libation,” their fourth album in their ten-year history. Their success is a testimony to human resilience that continues to inspire us.

The next night offers a chance to hear a brilliant Chilean voice of today: Ana Tijoux, the alt-Latin Grammy nominee, arrives at Thalia Hall (1807 South Allport, 8:30pm, $16/$19 DOS/$26/$240). Well known for her socially conscious songs, Tijoux is equally renowned for her ability to both rap and sing with equal vocal intensity within the same tune. She shares the bill with Chicago-based rising stars, Dos Santos Anti-Beat Orquesta.

Also on April 19, the Ukrainian punk-folk quartet DakhaBrakha plays two shows at Mayne Stage (1328 West Morse, 6pm and 8pm, $25/$40). The foursome astonishes audiences with its theatrical flair, brilliant and powerful vocal harmonies and sophisticated wit as its members ferociously drum, drone and yelp. A mournful cello, piano, didgeridoo, kazoo and accordion accompany the songs, which are a mix of original compositions and traditional Ukrainian pieces reimagined with additional exotic influences. I was in the audience for their first appearance at World Music Festival in 2013; we were astounded by the fierce energy of the three female members in long white ball gowns and tall black Cossack hats, and by their droll, uniformed male colleague. They started singing very sweetly, gradually began layering ear-piercing harmonies, then suddenly became demons as they attacked their drums at the crescendo. Don’t miss them.

Despite the geographical and cultural differences between the bands reviewed here, a commonality exists, for in each case their music is created out of political and social turmoil. The vibrant, soulful melodies and rhythms remind us of music’s power to help the human spirit transcend tragedy. (Gail Dee)