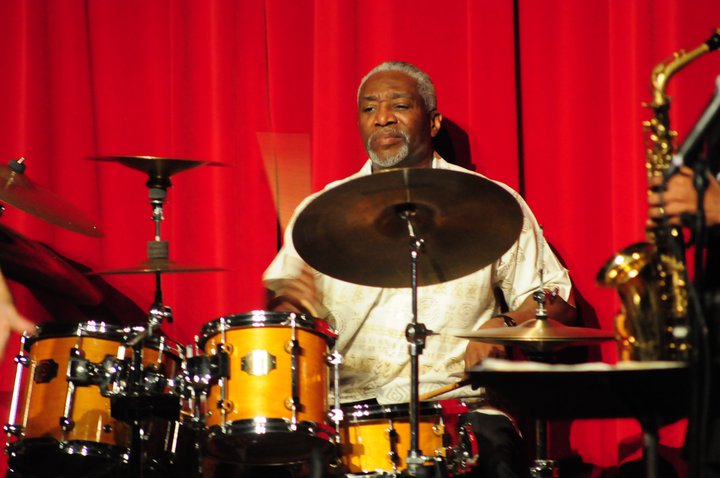 Silently, the musicians in the Chicago-born Association for the Advancement of Creative Musicians (AACM) stand and face east before a single note is expressed. This, according to Muhal Richard Abrams, the Association’s co-founder, is because all life originates in the east. If any evil energies exist in a performance space, the musicians must wear war paint and masks for protection. This tradition has characterized AACM presentations since 1965.

The organization celebrates its golden anniversary this month, beginning on April 22 with a performance by the Hanah Jon Taylor Artet at The Promontory and culminating in a collaborative finale, “Together: A Power Stronger Than Itself,” at Mandel Hall on April 26, in which fifty AACM members perform as one. In between are recitals and concerts at various venues around town, by artists such as Saalik’s Epoch Zed, cellist Tomeka Reid and The Colson Group.

Drummer Dushun Mosley and violist Renée Baker—two AACM members who are participating in multiple performances during the celebration—recently spoke about why this cooperative association still matters.

Mosley first encountered AACM while a student at Michigan State University in 1968, when founding member and saxophonist Roscoe Mitchell visited the campus. “Roscoe showed us this new music that had symbols and colors and dots and different instrumentation,” Mosley recalls. “He taught us how to read creative music in order to play it. He also gave us ideas and taught us how to form different groups.”

Mosley moved to Chicago in 1976 and joined the AACM two years later, around which time several members—including Henry Threadgill and the Colsons, whom Mosley played for—left Chicago to form an AACM branch in New York. “But the chapter here in Chicago flourished a lot better than the one in New York,” Mosley notes.

After the Colsons relocated, Mosley accepted an invitation from reedist/composer Edward Wilkerson to join the ensemble 8 Bold Souls. The group recorded four albums between 1987 and 1999 and toured internationally. “You had eight people who could play concerts by themselves,” Mosley says about the Souls, which also featured cellist Naomi Millender and baritone-saxophonist/clarinetist Mwata Bowden. “Being put together with the music Edward wrote emphasized that even more. His music was funky, bluesy, jazzy, and was orchestrated quite well.”

Of his current role in the Hanah Jon Taylor Artet, Mosley observes how Taylor’s relaxed, natural approach breathes so well with the rhythms coming from him and bassist Yosef Ben Israel. “People are going to experience something for their intellectual side, and we will also give them something they can tap their feet to. People are gonna get some laughs.

“The AACM is a black music organization, one that is run by the musicians themselves,” says Mosley. “It is creative, and we are doing things for the community… we are teachers at the AACM School of Music. Giving this [knowledge] away for free excites me.” 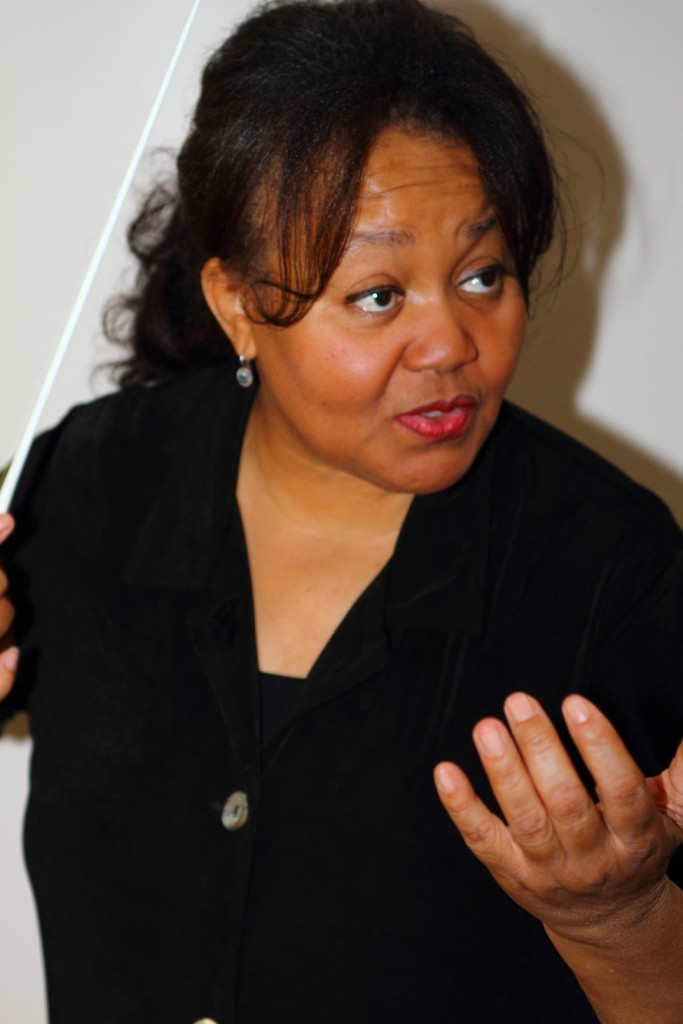 Of her own introduction to the AACM, Renée Baker recalls, “It was like walking into a Mensa club of creative music.” Once the principal violist for the Chicago Sinfonietta, and now an internationally recognized composer and conductor, Baker received her indoctrination after being invited by flautist Nicole Mitchell to play in her Black Earth Strings ensemble. “My affiliation with the AACM has allowed me to come to more creative music with a fervor I might not have been allowed in another kind of music.” On April 26, Baker and Mitchell co-host a Creative Music Summit at the Museum of Contemporary Art. On the same day, Baker’s score to “Body and Soul,” a 1925 film by Oscar Micheaux, has its premiere.

After the initial celebrations in April, the year-long anniversary tribute continues on May 3 with a staging of Baker’s opera, “Sunyata: Towards Absolute Emptiness” at the MCA. The work features four AACM vocalists—Dee Alexander, Saalik Ziyad, Taalib-Din Ziyad and Ann Ward—along with recognized gospel and opera singers. The pit orchestra includes twenty-five members from Baker’s Chicago Modern Orchestra Project (CMOP), an ensemble she debuted in 2008 at the Velvet Lounge with encouragement from its owner, the late Fred Anderson—another AACM member.

“Fred allowed me to use the Velvet as a lab for performances,” Baker recalls. “I was able to work and get feedback from the patrons and critics. I encountered a lot of people who were in the know about this creative music, and they were well aware of AACM’s legacy.

“To be under the umbrella of the AACM has really allowed me massive amounts of intellectual freedom,” says Baker, who will also perform in the fifty-member ensemble. “The creativity that is accepted is off the chain, and what you always have to be doing is what the AACM mantra says: ‘Creating Great Black Music.’ ”

For a full listing of the AACM’s fiftieth anniversary performances, visit the organization’s website.