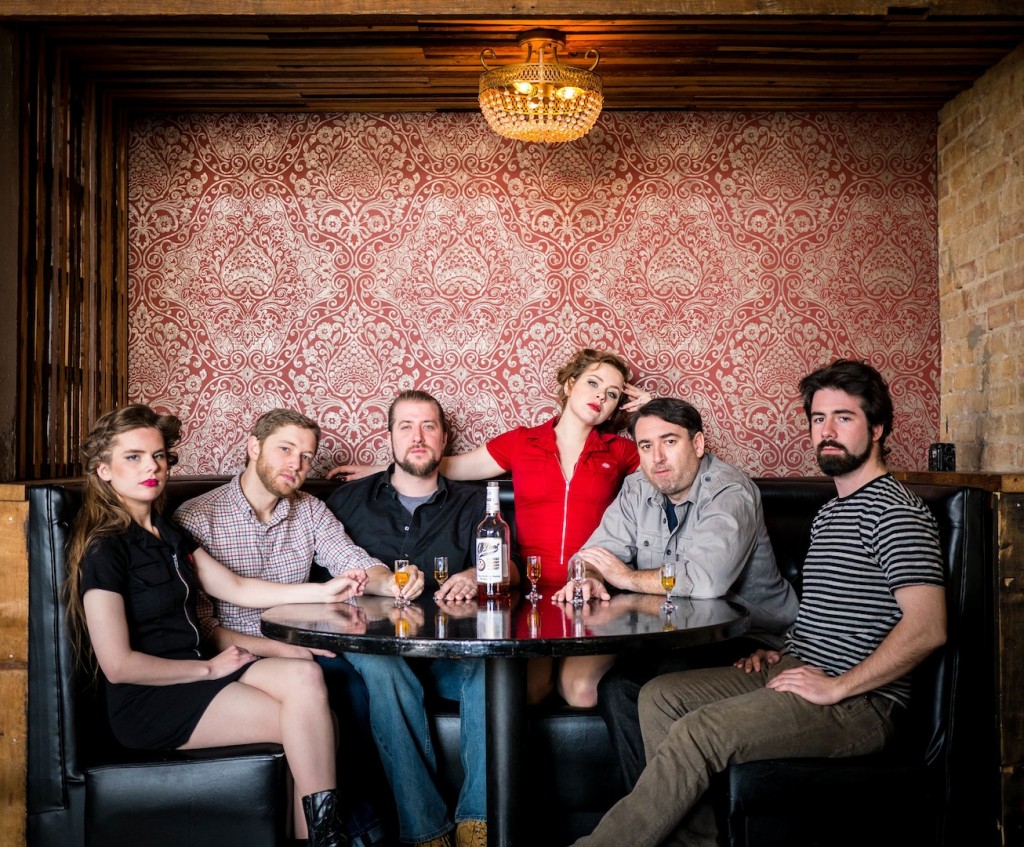 Rachel Bonacquisti is just a slip of a girl, but she belongs to that mighty tradition of tiny women—Edith Piaf, Dinah Washington, Janis Joplin—who open their mouths and stop the earth grinding on its axis. She’s the vocalist for Burnside & Hooker, who celebrate the release of their new CD, “All the Way to the Devil,” this month at Double Door. The album ranges pretty far afield, pulling in influences from just about every goddamn genre you can name, with the possible exceptions of polka and J-pop; what binds them together is Bonacquisti’s dominating presence. It takes a certain kind of woman to put across lyrics like, “Stop making me the bad guy / Stop making me the fool / Stop saying that I tie you down and lock you up / And then send me back to your room,” and Bonacquisti is absolutely that woman. She’s given tremendous support by a kickass ensemble that includes guitarist Michael Vogus, upright bassist Ken Fuller, drummer Vuck, violist Diana Mayne and cellist Ted Graham. When I recently saw the band do a mini-set at Greenstar Brewery (hosted by Uncommon Ground), it was Mayne and Graham who most surprised me with their passionate performances. These strings aren’t here for color only; they’re a major texture in the band’s sound—and, when the time comes, a fierce component in its clarion call for foot-stomping. My favorite tracks on the album are “The Graveyard” (“Muddy got a grave / Memphis got a grave / Robert Johnson, Lightnin’ Hopkins / They all got a grave”) and “Red Betty” (“Well I / Come up to meet ya / You’re a real pretty woman / Jesus says it’s such a shame / But style is a thing I love”). Ask me again after the Double Door show and I’ll probably have two new picks. Also on the bill: Mason’s Case, Furious Frank and Felix & Lyons. (Robert Rodi)