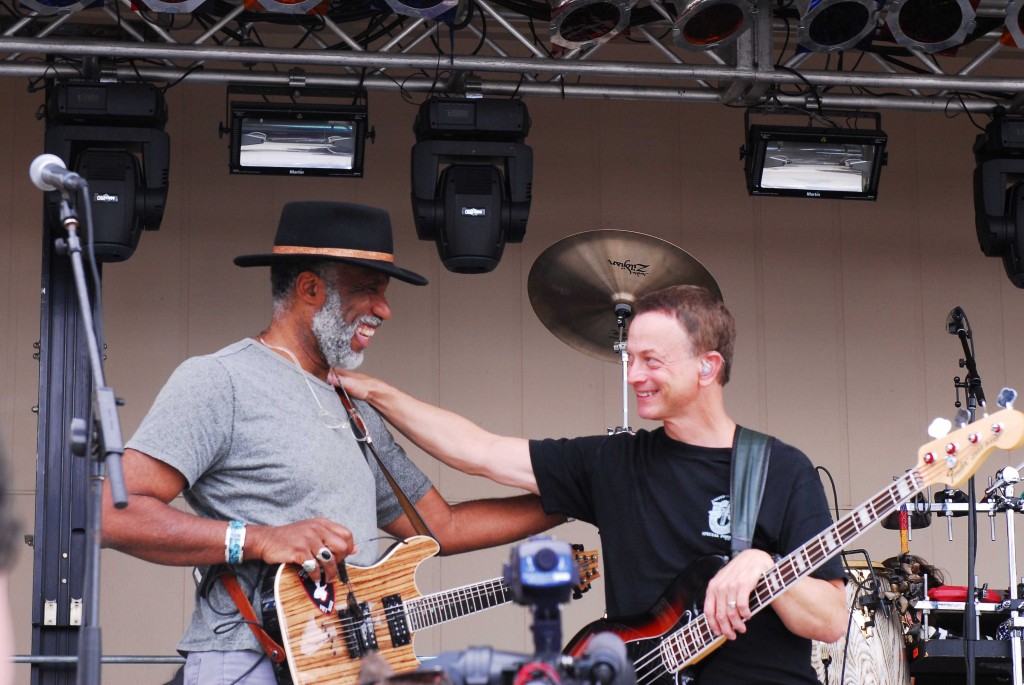 “When I tell people I’m a Vietnam Vet, I hear, ‘Thank you for your service,’ ” laments composer and guitarist Kimo Williams. “There’s a time, there’s a place for saying that. It just rolls off of people like a painful cliché and you’re forced to react or respond. Do you know what my service was? Do you know what I did? Hear my story, then if you want to thank me, fine.”

Williams has spent a lifetime of service to those who have been in service, starting with his own stint in the military that brought him to Vietnam in 1969. “I was a combat engineer and my job was to provide supplies to fix the dossiers that would clear land mines. Two friends of mine and I had decided one morning that we were going to see ‘2001: A Space Odyssey’ that night. It got to be the end of the day and I’m getting the popcorn but was told, ‘They didn’t make it.’ That was the first time that it hit me. I was so naïve I said, ‘What do you mean?’ It hit me hard, this was forever. That’s it? I went to the movie and you do continue on. It numbs you.”

As an African American who had been living in the melting pot of Hawaii before joining up, Williams found the racial segregation that existed in much of the military at that time to be a surprise. “I just picked up a guitar. I didn’t know how to write music but I would play a melody into a little tape recorder that I had then. Then when I got out, I used the GI Bill to go to the Berklee College of Music and once I learned how to compose, I took those melodies and started composing stuff.”

Meanwhile, an army entertainment service director heard Williams playing guitar at one of the service clubs and suggested he put together a band to play for the troops in the field. “We played in hospitals, in jungles, wherever it could make a difference.” 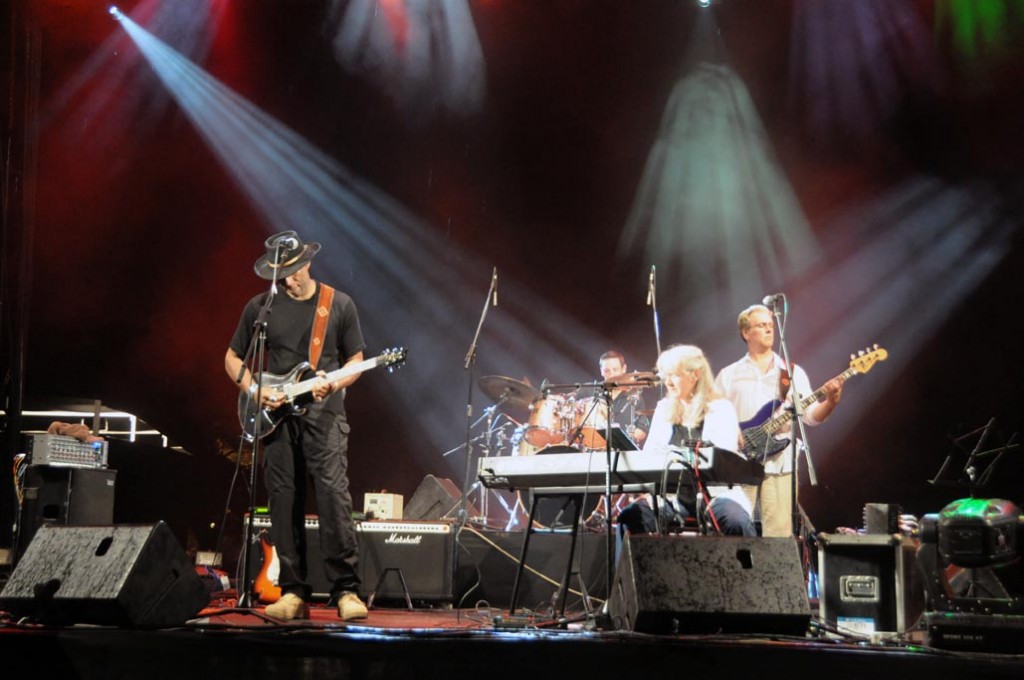 Kimo and Carol Williams with Kimotion in Vietnam

That experience set a template that would remain with Williams in subsequent decades, as in addition to his other numerous and diverse musical activities and teaching music at Columbia College, he would continue to perform for troops beyond his active service. Sometimes he would perform with the group Kimotion, formed with his wife and music partner Carol, also a veteran and a multi-instrumentalist he met at Berklee. Other times Williams would perform with Lt. Dan Band, which Kimo formed with actor and Steppenwolf Theatre co-founder Gary Sinise.

“Gary and I met when I wrote the music for ‘A Streetcar Named Desire,’ and soon after we formed the G & K Classic Rock Band, for Gary and Kimo. All he wanted to do was play bass and not use his name. I convinced him that would be why people would come out. I put the band together and we started to play USO shows around the world. We were touring in Italy and folks would shout, ‘There’s Lt. Dan!’ I said in the van one day, ‘Gary, maybe that’s what we should call the band because everyone recognizes Lt. Dan [from the film ‘Forrest Gump’]. Eventually, we got him to come out of the shadows and start talking to the audience and take a more active role.”

Too active of a role in the long run for Williams and his wife Carol, also a Lt. Dan member, as it turned out. “On stage, after almost every concert, Gary would do a narrative about supporting the military and supporting the troops, and his heart was always there. But he would consistently lean it way, way right, to the point of that was not at all how I looked at it. But there he was, as if he were speaking for the entire band.” Carol departed in 2008, Williams in 2012. “Now, Carol and I go around the country and give free art supplies, computers and musical instruments to veteran centers as part of our foundation and watch them find a voice that they never had.”

Chicago Sinfonietta founder and original music director Paul Freeman was an early Williams supporter who commissioned and recorded pieces, so it meant a lot for Williams to have the Sinfonietta ask him for a new work. “A Veteran’s Lament” is an orchestrated version of the finale of a quartet that receives its world premiere this month and includes a visual component of images of veterans solicited from its audience by the Sinfonietta.

“That’s why I told the Sinfonietta that I don’t want to take a bow, this piece is not about me. ‘A Veteran’s Lament’ is about recognizing that these veterans have made a decision to commit to something that is connected to the life that we all live. So when you clap, clap for the veterans.”