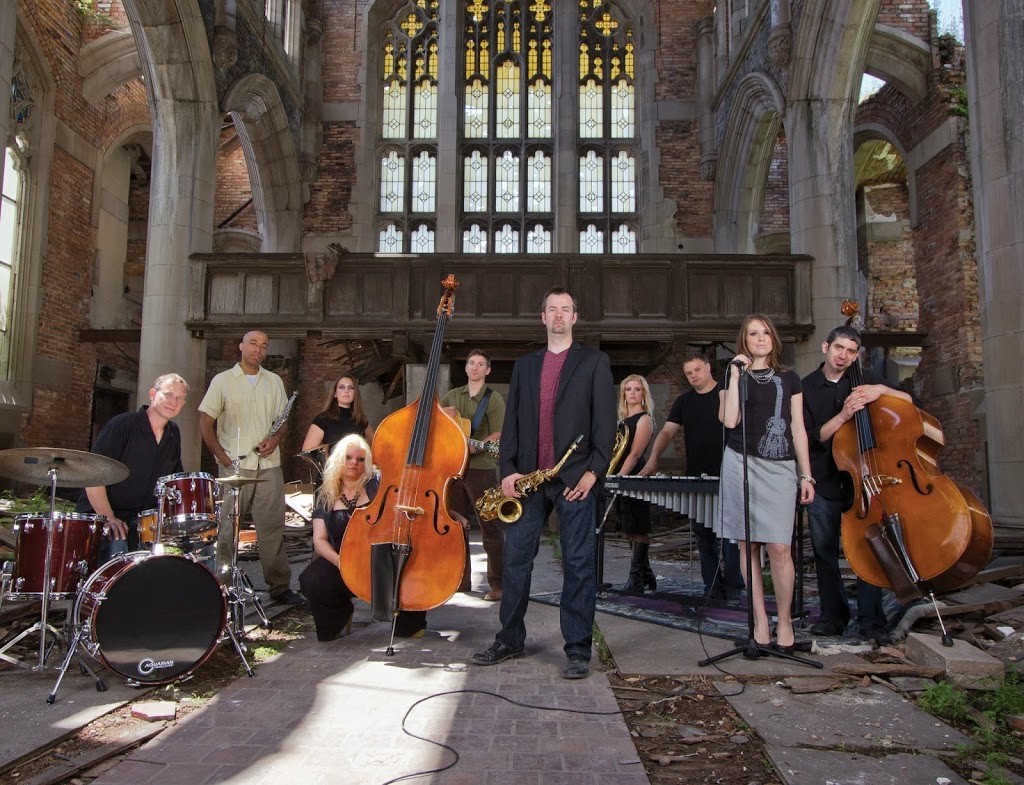 As an aficionado who does a fair bit of proselytizing in an attempt to get people to listen to modern, improvised jazz, I hear a lot of resistance along the following lines: “It’s cerebral.” “It’s dissonant.” “It’s complex and hard to follow.” To which I always reply: “You say that like those are bad things.” But in a sense I understand; while there’s plenty of fire and ice in most new jazz, there’s not a lot of… friendliness, for lack of a better word—a welcoming hand, extended toward the listener to invite her onto an unfamiliar soundscape. Which is where Shawn Maxwell comes in. The woodwind player-slash-composer has assembled a ginormous ensemble of ten topflight musicians (Maxwell calls it a “chamber band”) and steered them into some of the deftest, smartest, most idiosyncratic jazz you’re likely to hear; every bar is shot through with playfulness and giddy with joy. The opening track on their eponymous debut CD, “Fun Five Funk,” is such a concentrated dose of fun, with so many layered harmonies and sparkling solos, you’ll be humming its riffs all day. (And you won’t be the first: one of the instruments in the mix is the human voice—Keri Johnsrud’s—but Maxwell gives her no lyrics; she just croons wordlessly along with the saxes.) Another tune, “Pistols N’ Tulips,” manages to be both witty and sexy at the same time; it’s like the soundtrack to a very short, very kicky spaghetti western. I’m hoping to catch more than one night of the Alliance’s four-night residency at Jazz Showcase, just to see if they can keep up the level of invention; the CD has eighteen very distinctive cuts, but my money’s on them. In addition to Maxwell (who plays sax, flute and clarinet) and Johnsrud, the group features Chris Greene on soprano sax, Mitch Corso on guitar, Stephen Lynerd on vibraphone and percussion, Marc Piane and Stacy McMichael on acoustic bass, Meghan Fulton and Rachel Maxwell on French horn and Paul Townsend on drums. (Robert Rodi)