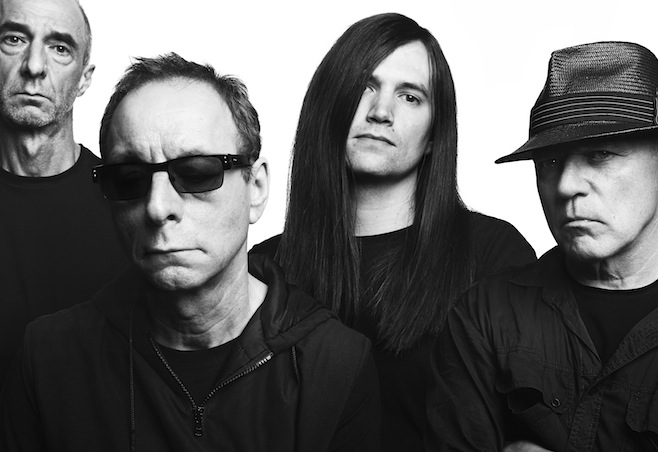 Whether or not you believe Wire to be a seminal punk and post-punk band, you have to admire its insistence on evolution—from its minimalist beginnings in 1976 through its various genre-defying iterations. Which brings us to the new format for the band’s ongoing DRILL festivals: small, curated events built on artistic kinship across divergent musical styles, influences and generations. This version of the festival (with different supporting/collaborating artists) hit London earlier this year, and we have the privilege of being the only other host city on the agenda.

Wire itself performs three separate shows in three separate venues on consecutive nights, accompanied by awesome performers from different genres worth seeing even on their own merits. On June 11 at The Hideout, these include Chicago’s talented and prolific MacArthur-award-winning saxophonist/composer Ken Vandermark and avant-garde trumpeter Nate Wooley, who perform “Map Ref. 41°N 93°W” from their 1979 album, “154.” On June 12 at Thalia Hall, there’s New York’s gritty and unrelenting Jon Spencer Blues Explosion and Canadian punk band White Lung, with indie-darling St. Vincent joining Wire for a performance of the band’s 1987 Euro-dance track, “Drill.” Finally, on June 13 at Metro, Chicago’s great, raunchy garage rock band Disappears and Canadian sound artist and producer Tim Hecker are on the bill, and the night (and the festival) is capped by a performance of the punk classic “Pink Flag” by the mysterious Pinkflag Guitar Orchestra. (Bart Lazar)