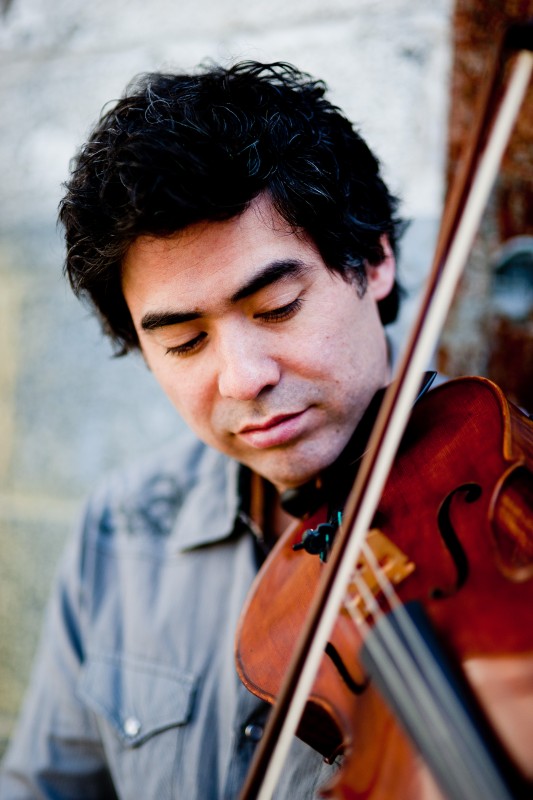 “I don’t think it’s a coincidence that so many composers have been attracted to the viola,” says violist and composer Kenji Bunch. Like Bach, who noted that he enjoyed playing viola because he was always “in the middle of the harmony,” Bunch observes that “it lets you experience music from the inside out and you really get a unique perspective on how things are put together.

“If you sing alto or tenor in a choir rather than soprano or bass, those are the hard parts to hear and be able to pick out the right notes for those funky inner lines rather than the more obvious top or bottom lines. I think the viola really finds you. It’s suited for a certain kind of personality that is interested in more offbeat things, literally offbeat things.”

Since the viola is a darker-colored instrument with less brilliance than its more popular cousin the violin, “we don’t have a lot of traditional repertoire written for our instrument, which means we violists usually gain exposure to twentieth century music a lot sooner than violinists or cellists do.

“We know who Bartók and Walton are from an early age. To look at someone like Hindemith, who played the instrument and wrote prolifically for it, that can be inspiring for a teenage kid curious about music. In high school, I spent a lot of time with the Bartók concerto, a gateway to other works. When you start listening to things like that, you start listening to composers who were contemporaries and who were influences, there’s a whole rabbit hole that you can go down and discover the wonderful stuff that’s out there.”

To this day, Bunch balances being a violist with being a composer, and has no thoughts of giving up one for the other. “I did a double major for my master’s degree at Juilliard for viola and composition and at that time, it felt like it would be difficult to sustain these two careers, it would be too much work. But I can’t see a way of not doing one of them.”

There is also the sense that, as with composers of bygone eras who were often performer-composers, or within mainstream genres of today where the same artist routinely creates and performs, both activities complement one another. Nonetheless, Bunch admits that his development as a composer came much later than his artistry on the viola. “I was maybe thirty years old when I wrote my first symphony, and it felt like a real rite of passage in that I had gotten to the point where I could write a symphony. I could easily have not called it a symphony; it’s a short piece that’s barely twenty minutes long with short movements. I just like trying to be part of that continuum of history. 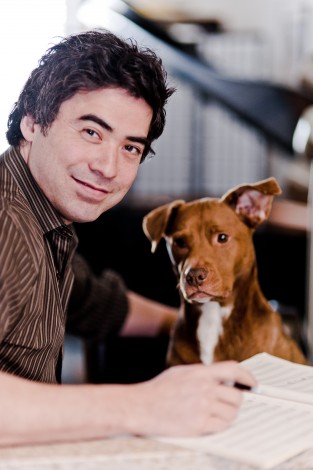 “There is a mystique to writing a symphony,” he continues, comparing it to “writing the great American novel. Let’s face it, it’s not easy these days and hasn’t been for a long time, to convince an orchestra and an audience to invest in a new symphony. If you’re a younger living composer, we can usually only get an overture-length piece, something short that can’t do too much damage!”

All the more reason Bunch was surprised at an offer made by music director Carlos Kalmar to write a “major work” for the Grant Park Orchestra and Chorus.

“I became familiar with Carlos as a conductor by sitting in the viola section of the Oregon Symphony,” explains Bunch. “I’m originally from Portland, born and raised there—and my wife and I moved back two years ago from Brooklyn to raise our family.

“It just worked out that there was some changeover in the viola section, somebody retired and they needed someone to fill the seat and I was asked on an interim basis to play this entire past season. For this concert season that just ended, I was a full-time violist in the Oregon Symphony. It won’t continue next fall; it was a crazy year to do that and also to write this piece. And we had a baby, so there’s been a lot of stuff going on.

“There were moments when it seemed impossible. I would wake up at four in the morning and try to get in a few hours of composing, try to practice my orchestra music, and show up to rehearsal and see Carlos and feel like I was behind on my composing and that I wasn’t prepared for the rehearsal.

“I’ll tell you, though, I feel as though I learned more this year than the last decade or so. I learned so much from that experience in the orchestra. I feel incredibly lucky that as a composer, I was able to experience that. Every rehearsal, every performance, is an orchestration lesson. You learn so much.”

The end result is Bunch’s Symphony No. 3: “Dream Songs,” a song cycle for chorus and orchestra that sets Native American poems that will receive its world premiere the opening weekend of the Grant Park Music Festival.

“My First Symphony was inspired by the pop art of Roy Lichtenstein so I used a very stylized pop language and that’s a fun, wacky piece. My Second Symphony has a variety of influences and does end with a sort of gospel celebratory kind of element. But this piece has none of that. It’s more—I guess the word is—serious, but I feel that with all of the unique pressures and experiences that went into writing it over the last year, it has elevated my craft.

“These texts come from Native American songs from over a hundred years ago that are about battles with other tribes, hunting buffalo, things that were going on in those cultures at that time. But what struck me is that they transcend time and place and there’s such a relevance to our lives today.”