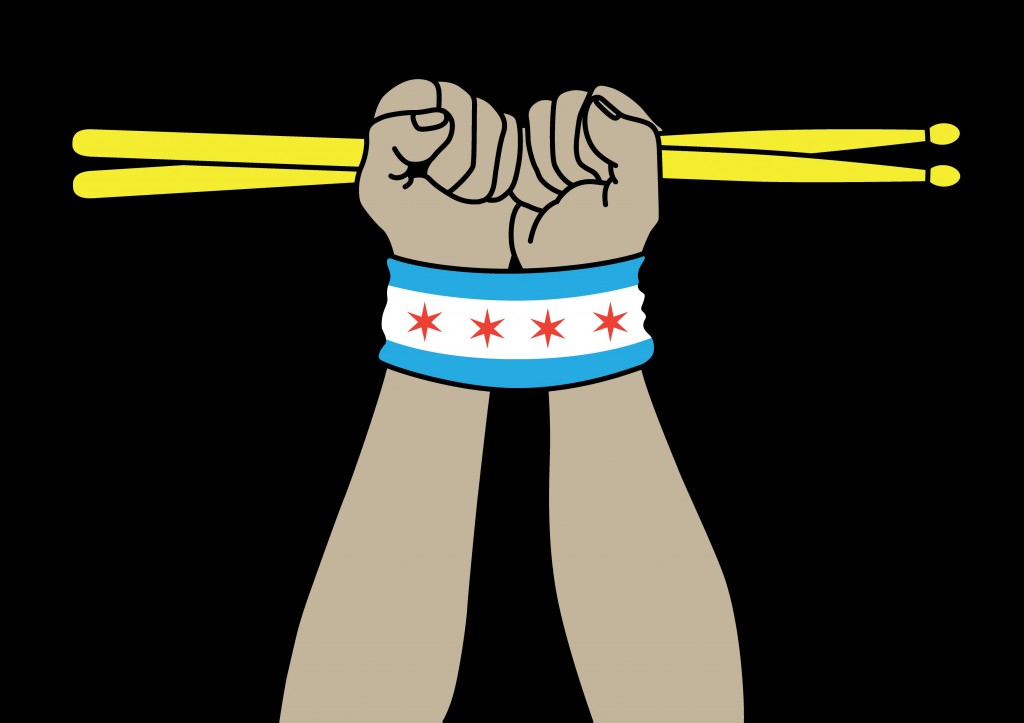 At any rate, I write songs and perform them live. I use my own name—a tricky sell in 2015—and I hire musicians to accompany me on stage. These musicians are professional and skilled—and expensive. It’s a costly process, taking on a show. Each musician gets about $100-$150 for the performance. I reimburse the band for travel expenses. Sometimes they request separate payment for rehearsals. I also rent space for our practices. If I perform one local show, I need at least $450 to break even.

Occasionally I get offers to open for touring solo artists. Over the past couple of years, talent buyers have contacted me about support slots not because the music matched or the headliners (and their agents) were David Safran fans, but because I could “add heft in ticket sales.” Those headliners—all global and careered and acclaimed—were, for whatever reason, having a tough time selling tickets here. Per-show booking fees for artists I’ve supported have all been in the thousands. My guarantees have been meager. For example, City Winery paid me $300. Lincoln Hall paid me $200. In October, SPACE offered me $100 with the expectation to bring the crowd; the headliner had only sold twenty-five tickets. SPACE is a music room in the back of a suburban pizzeria. You’d think its talent buyer, Jake Samuels, was booking La Scala. Yet I couldn’t get a guarantee higher than $100. I turned down his show offer.

If your local opening act is drawing as many (or more) people as your national headliner, is it such an arrogant, bloated request that he not lose money? If a national headlining act isn’t a “big seller” at your local club, why offer such a substantial talent budget? Why even book this artist at all?

On Christmas Day 2014, I received a message from an intern at Schubas—a music room with a capacity of roughly 120—offering me dates for headlining shows. He listed thirteen openings in February and March. Schubas wanted to “build a night” around me. I could pick any date. He mentioned it had been a tough winter to book touring bands; the venue reaching out to local ones was as much desperation as flattery.

Once we confirmed a date, I was redirected to Matt Rucins, the talent buyer and promoter, to talk payment. Unknown to me, Schubas had implemented a deal for local shows in which a Chicago artist’s pay only comes after $350 in production fees is recouped by the club. In addition, the venue keeps fifteen percent of ticket sales. This deal seemed greedy and unsettling; somehow both provincial and anti-local.

A second payment option, Rucins said, was new. Schubas was testing a “free local shows” model in which the venue calculates payment to musicians based on sales of alcohol specials for the night. “Free pay,” Rucins called it. (“Nonpayment” is more accurate.) Say a hundred people attend a free local show. Thirty-five of them buy two-dollar Rolling Rock. At the end of the evening, bands get a percentage from that beer special. But, of course, the venue will not disclose the percentage beforehand. Schubas’ “free pay” is an ugly deal for musicians—pay-to-play’s older, paunched cousin. I declined it.

Instead, we discussed ticket prices. Ten dollars in advance, twelve at the door. It was a Sunday-night show. Their non-negotiable start time was eight o’clock. I’d be onstage at ten. I wanted the room seated. This decreased capacity but seemed more comfortable for an audience. Say eighty people attended with an average ticket price of eleven dollars. Revenue would be $880, of which Schubas would take $350 plus fifteen percent. I might not lose money, but I certainly wouldn’t profit.  But at ten o’clock on a Sunday night in winter? The draw could be eighty. Or thirty-five.

Numbers are pliable. I asked Rucins to lower the $350 production fee in exchange for a higher percentage of ticket sales. “No,” he said. I asked for a flat rate of $400. “No,” he said. Even though I was headlining, Rucins would not adjust his standard deal. It was unimprovable. Why? Because I was a local artist. We are not the musicians who matter; we are the musicians who are around. My headlining show—that night built around me—never happened.

In a Consequence of Sound article about Schubas, Matt Rucins said, “Our staff treats bands like kings.” National bands, he means. Local bands are treated like arrows in a castle wall.

For a local bill, talent buying and barrel-scraping are often comparable. Three or four bands are assembled—or overstuffed—into a line-up. The show takes place on nights deemed graveyard slots for live music. Genres are half-considered, but it’s more about putting barely-heard-of bands together and suffering through the sets. Most venues have production fees and percentage splits. The net profit is often divided evenly between bands. One group could bring twelve people; another, seventy. Still, each band gets an equal cut. These methods are almost bearable when you are eager to play out—when you are young and raucous and full of hair. But it’s a bit problematic for a thirty-something full-time solo artist hiring full-time session musicians.

While writing this piece, I chatted with a half-dozen Chicago songwriters who have a high reputation but aren’t well known outside the city—experienced players in the mug’s game of local music. Everyone had the same complaints: the exploitative deals, the absolutism of talent buyers. Yet no one wanted to be named. Club buyers talk; irritate them and your nights of live local music will become a long Antarctic winter.

One friend, B, a bandleader who performs frequently at small-to-midsize venues, sent me a comprehensive email of “raw deals for local bands,” outlining the iffiness of production fees. For instance, a completely repulsive deal came from the most unexpected venue: Old Town School of Folk Music. That beloved institution of communality and sing-songing and wiggleworms “has the most insane production expenses when it comes to local band shows: seventy percent after more than $1,200 in expenses.” My Schubas deal, by comparison, was all green hills and gold coins. B added: “I know Old Town has expenses of their own to contend with, but it’s insane to charge local bands $300 for building expenses like air conditioning and electricity, $200 for a sound guy, $300 for a print ad in The Reader, etc.”

B sent me the breakdowns of many local deals, including venues that outsource booking to independent agencies. For a three-band bill with four members in each group splitting payment evenly, one musician’s earnings never went higher than $60—even if, after production fees and percent splits, ticket sales exceeded $700. B summed it up perfectly: “The analogy I like to use is, imagine you’re a bartender. You go to work for a bar where the manager tells you it’s your responsibility to bring in a hundred percent of the clientele. Not only that, but you’ll work for tips, no base salary. Also, you have to pay the liquor distributor $300 a night, and give the bar manager twenty percent of your tips. Does that sound like a good deal?”

While I’m not a journalist, this is, hopefully, a kind of “undeceived reportage.” Talent buyers should be given an opportunity to justify their policies. So, I returned to the asylumdom of local music venues and asked Old Town School, SPACE and Schubas to explain the disparity between what they pay national and local acts. No reply from the first two venues, but Schubas wrote back. Matt Rucins said: “With regards to touring vs. local: if they have an equal draw, then they’ll likely make close to the same amount of money, but I will guarantee a portion of that to a touring band because they have touring expenses they need to know will be covered, whereas a local [band] doesn’t and therefore can roll the dice on a door deal (percentage after base expenses).”

Why a national headliner could sell twenty-five tickets yet still be umbilically connected to a guarantee while his local opener receives, say, $100 and some drink tickets remains unanswered.

This fall, High Concept Laboratories, a Chicago arts organization, will hold public talks on establishing voluntary payment standards for artist fees. I am a sponsored High Concept artist—full disclosure—and support this discussion. Another non-profit organization, Threewalls, hosted an event in May about the working economies for artists here; the event’s keynote was from a W.A.G.E. core organizer. Working Artists and the Greater Economy (W.A.G.E.) is a “New York-based activist group that advocates for the regulated payment of artist fees.” Recognizing “the organized irresponsibility of the art market and its supporting institutions,” the aim is to adapt a W.A.G.E. Certification program for Chicago. This conversation matters. Tony Judt once beautifully and correctly remarked: “Talking, it seemed to me, was the point of adult existence.” Winding people up, it seems to me, is another point.

Until more public dialogues, a solution: replace all current Chicago talent buyers with very savvy kindergartners. Or, have venues drop production fees but ban all local musicians from performing unless they guarantee at least 150 attendees. But there’s no earthly way a draw, local or national, can truly be determined. Even Billy Corgan—Chicago music’s Aspidoceleon—will tweet to his 294,000 followers that he’s spinning records at Madame ZuZu’s and twenty people will attend. (Incidentally, ZuZu’s, which Billy owns, books local musicians—and doesn’t pay them.)

Another option: let venues take both a production fee and a percentage, but let musicians take fifteen percent of the venue’s food and drink sales. I’ve pitched this idea when negotiating payment. Every talent buyer has told me, “That’s not really how things work at venues.” Well, Talent Buyer, things aren’t working at venues anyway. It’s not hard to spot: you are cheating your local musicians. We are the grocery store’s inexpensive milk—a key item sold at cost, or slightly above it, with the intention of attracting as many customers toward other products sold at a greater profit.

I might be a local songwriter, but music is far-reaching. Songs are detached from anything regional, even if they are about a specific place. (Most songs are detached from reality, too. But let’s not go into that.) So, as I settle into my full stretch of Antarctic winter, two facts are clear enough: a good song lasts longer than a local music venue; talent lasts longer than buying it.