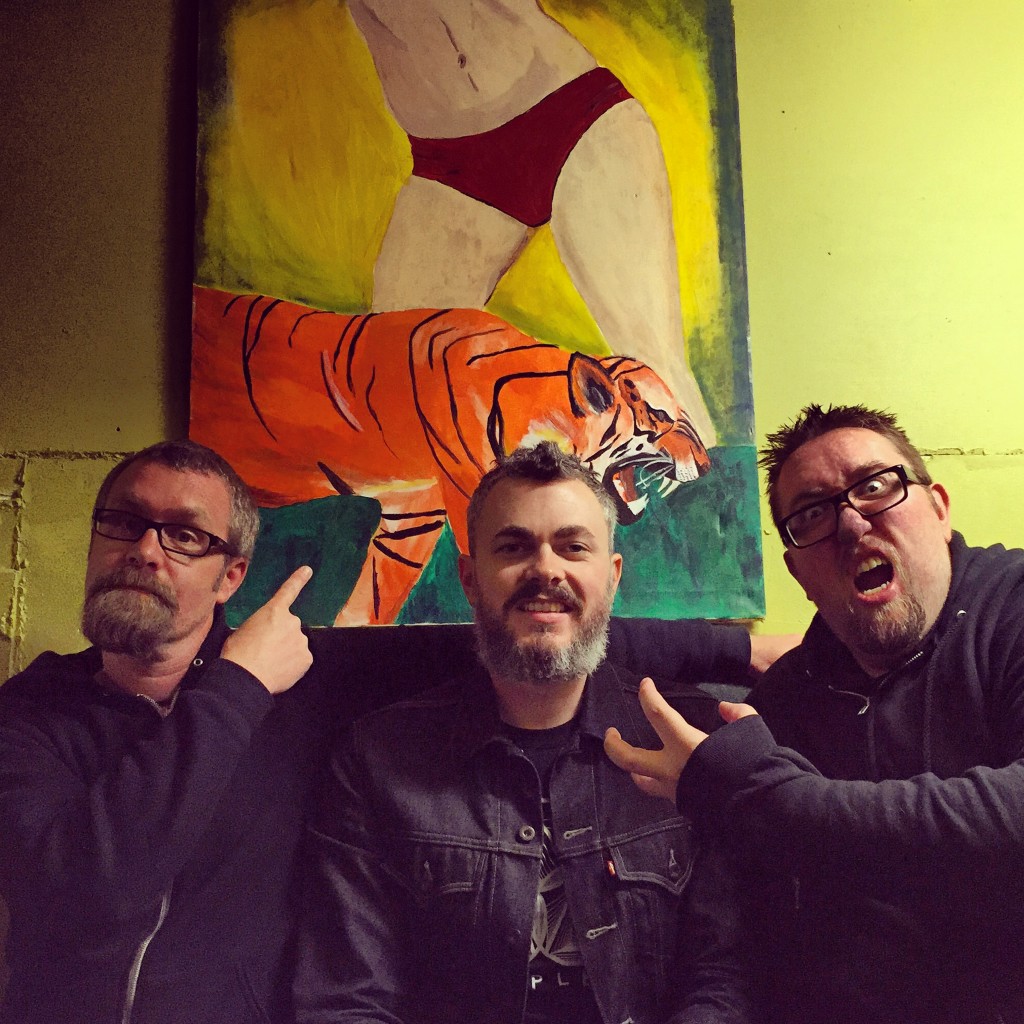 Not sure what it is about the long-awaited arrival of summer in Chicago, but it invariably unleashes the urge to go out, cram oneself into a small club shoulder-to-shoulder with the demoniacally like-minded, and have one’s face melted by an unapologetically balls-out local rock band. Well, June is that month and She Rides Tigers is that band. In case the endlessly extended winter has eroded your belief in just how much noise a mere trio of human beings can make, Joe O’Leary (guitar, vocals), James Scott (bass, vocals) and Matt McGuire (drums) are happy to remind you. Even better, it’s a CD-release gig for their new EP, “Standing On the Edge,” so you can relive the experience the next day in the comfort of your own home (and the potential derangement of your next-door neighbors). “Standing On the Edge” is like a showcase of wildly different hard-driving rhythms, from the furiously propulsive to the relentlessly rolling, and riding over it all is plenty of guitar fuzz, jangling chords and some surprisingly fetching melodies. “Roll With It,” the latest single from the batch of six, is the standout for me, with its hacksaw bass, elastic vocal line (every phrase ends with a open vowel lasciviously curled tight like a Twizzler) and irresistible riff-and-refrain just before the bridge goes nova. The lyrics are pretty exhilarating, too: “Blame the wild, excuse the thief / Take them out, extend belief / When we meet her, then you’ll know / Teeth like lions, skin like snow.” By which time the snow imagery will have lost any ability to traumatize you. Hot tune, hot season, hot band. Also on the bill: Hong Kong Danger Duo, Young Distractions, The Dirty Pigeons. (Robert Rodi)