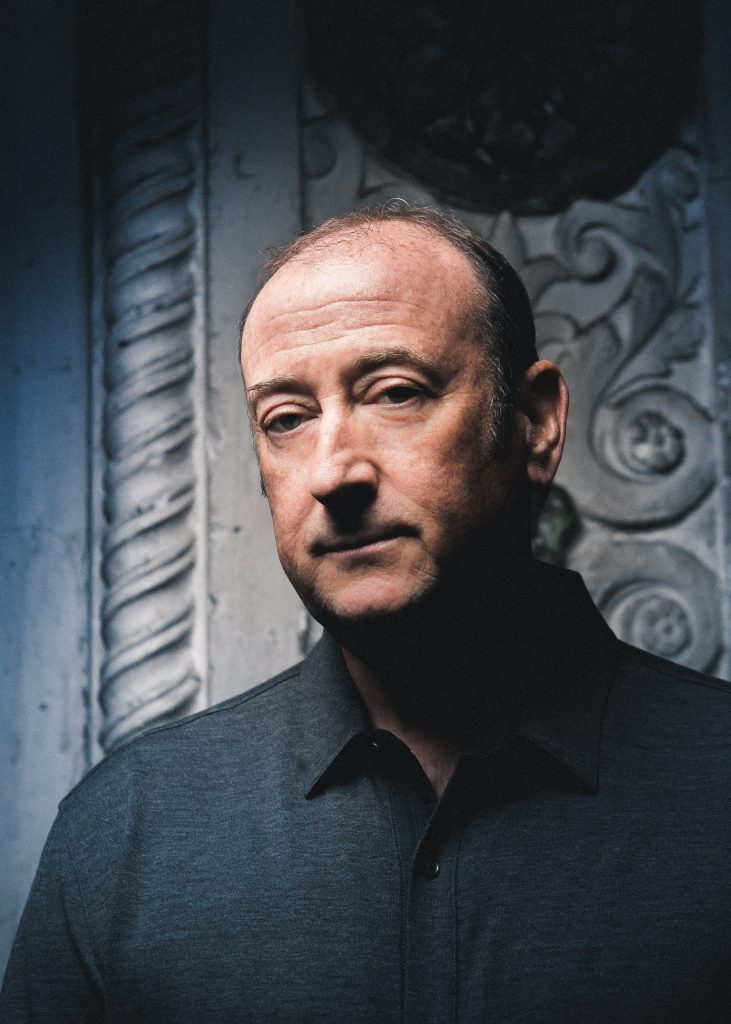 Joe Shanahan’s influence on the Chicago music scene is both vast and of long standing. He launched his rock venue Metro in Wrigleyville in 1982, with dance club Smart Bar beneath the main venue. Over the decades he’s seen many bands come through his doors as hungry young talents, then go on to become successful touring acts—bands like Naked Raygun, Butthole Surfers, Hüsker Dü, Soul Asylum, R.E.M., Smashing Pumpkins, Urge Overkill, Jane’s Addiction, Oasis, The White Stripes, Chance the Rapper, Fatboy Slim and Fall Out Boy—to name only a very, very few. Metro’s stage has also hosted its share of legends, from Bob Dylan and Iggy Pop to James Brown and Prince. Now fifty-eight, Shanahan is in a position to look back on a career that very nearly defines the history of Chicago rock ‘n’ roll; but instead he finds himself, due to some recent realignments in his life, looking decidedly forward.

I met with him midday in the empty Smart Bar, where he took a seat at a stool at the end of the bar and sat with his back against the wall.

Looks like a good vantage point for you.
Over the years I may have sat at this stool at the bar thousands of hours. I can hear the dance floor, I can talk to my bar staff—and people know I hang out here; if I’m in the club, they know this is where to find me. Unless I’m in the booth.

Are you at the club every night?
Often, but not every night. If there’s a DJ or an act I’m tight with, or if there’s a special event.

You’ve got another project these days, beyond the clubs. You’re co-producing a film about Frankie Knuckles, the pioneering Chicago DJ who helped launch house music.
The film is a dramatized account—not a documentary—about the Warehouse nightclub, which is part and parcel with the story of Frankie and his partner. At this point, our group has put forth an offering to make the film; it’s a great story, the right people are in line for it—it’s just money.

It’s always “just money” in that business.
Art and commerce has always been an unholy alliance. But when Frankie passed, the local, national and global outpouring of affection for him as an artist and as a person was phenomenal. So we’re hoping to translate that level of enthusiasm into sufficient cash for a writer to help tell his story. People haven’t really been digging in their pockets just yet. They say Hollywood is a fool’s bet. We’ll see. There may be a few angels out there.

Who’s co-producing “The Warehouse” with you?
Randy Crumpton, Billy Dec and Bob Teitel. I got to know Bob as the producer of the “Barbershop” films. He’s a Chicago guy, he loves telling Chicago stories; but he also did a biopic on Biggie Smalls [“Notorious,” 2009] and it’s one of the better looks at a hip-hop star through the eyes of a storyteller. If we could find our writer to tell our story like that, we’d be in good shape.

Is this a new career path for you, then? From club owner to movie mogul?
I remember a friend once telling me, “Music, man—why bother with all that grief? You can always make movies.” And I said, “Aren’t those halls filled with even bigger jackals?”

I only ask because I know you just came through a serious illness. Did that in any way give you a sense that time is short, and inspire you to seize new opportunities before it’s too late?
Oh, no. Just the opposite. With the help of my family—and by my family I don’t just mean my wife Jennifer and my children, Michael and Tara—my brother Paul and his family, my mother—I mean my staff. We’ve always been a family, but when this happened—a man down on the field—all of a sudden I saw what I’ve given to this company come back tenfold. Everyone stepped up, every single person from Brant [McCrea] the barback to Joe [Carsello] the talent buyer, to Stacey [Marquardt] in sponsorship, Marea [Stamper] the buyer for Smart Bar—it was a waterfall of support. I was hurting, I was in bad shape, I’d walk in, not looking so great, swishing something in my mouth to numb the pain—not to be morose—and no one would treat me any differently; I’d sit down, we’d trade jokes, we’d get down to business. It was the human condition at its best—I was being upheld by the humanity I was surrounded by.

And what that does to someone like myself—I’m in a restaurant group as well, and my partner Donnie [Madia, along with Terry Alexander] says, “We’re in the giving business,” and I’ve always remembered that. And we are; we give events to Chicago, to the music community of Chicago. And when I look at that, and think about all that we’ve done—my work here isn’t finished.

So your illness actually recommitted you to the work you’re already doing?
We’re here for a purpose. We’re not done.

With the Schubas selling out [Mike and Chris Schuba sold their iconic Chicago music club earlier this year], you’re now the elder statesman of this generation of club owners.
(Laughs) Independently owned and operated for thirty-three years. Yeah, I’m not finished yet. And who knows, maybe there are mechanics I could put in place that would make this club last fifty years. I don’t put that number out there lightly, because that would mean another seventeen years of my life. At my age I think about that, I think about what that looks like. Fifty years would be great. It does have a ring to it.

There’d be a hell of a party at the end of it.
I’d be at that party. I’d DJ that party. Probably with my daughter.

But right now, I’m just enjoying how renewed I feel. The doctors at the University of Chicago and their program for head and neck cancer—they’re doing God’s work. It’s something incredible, from the bedside manner all the way to the highest end of the technology and the science and the protocol, I can’t praise them enough. Here I am! I’m back! And I’m better.

Just the way I eat now, the way I sleep—my wife, she put her life on hold and watched this all happen, and we both know we’re on a track. It’s a better track. She made me a better man when I married her twenty-five years ago, and now I’m a better human being because of this trajectory of hardship and unforeseen situations—the insurance companies, all your business partners and land holdings and bankers, and everyone in the mix is like, “Is he going to make it?” And once you know that you’re going to be able to take that really strong turn and come out on the other side even healthier—not just physically, but mentally and, frankly, spiritually—what can I say, there’s something alive in me, lit like a candle, and it’s burning really strong.

It’s basically your second act.
It’s the universe giving back. People you don’t even know…they know who I am, I know who they are, but suddenly we know each other in the true sense—there’s a community where you never realized.

One of the first calls I made when I got sick was to a gentleman named Jon Imerman who founded the Imerman Angels [a one-on-one cancer support service]. I’d given him the Metro to do benefits for his group, and it was a small group at the time—anyway I called him and I said, “I’m sick, I just got the news,” and he said, “I got you, this is who you need to talk to.” And he was amazing, the way he suddenly put it in motion, not in a slow, let-me-call-you-back way, it was “This is it, this is the guy,” and I ended up with that doctor. It’s that community, that network. Every musician that I’ve worked with came through—messages, emails, phone calls—I could not believe the amount of love and support that I was getting. It was a tribute to our company, when you think some of those artists who were starting out and we gave them our support, and now it’s come back around. There’s a real symbiotic synergy to it.

Any immediate plans?
On Friday I’m taking my cancer doctor and nurse, Doctor Victoria Villaflor and Nurse Nicole Hannigan of the University of Chicago, to the baseball game. One’s a Cubs fan, one’s a Sox fan; they’ll be wearing opposing jerseys. (Laughs) And the band that’s performing on the field is Fitz and the Tantrums, who are personal friends.

And my wife said, “Do you know what this weekend is?” Turns out it’s the one-year anniversary of my getting through treatment. I hadn’t even realized. A year ago I couldn’t eat, couldn’t walk, couldn’t even sleep. Now I’m socializing with my care team and hearing a favorite band. I’m a lucky man.