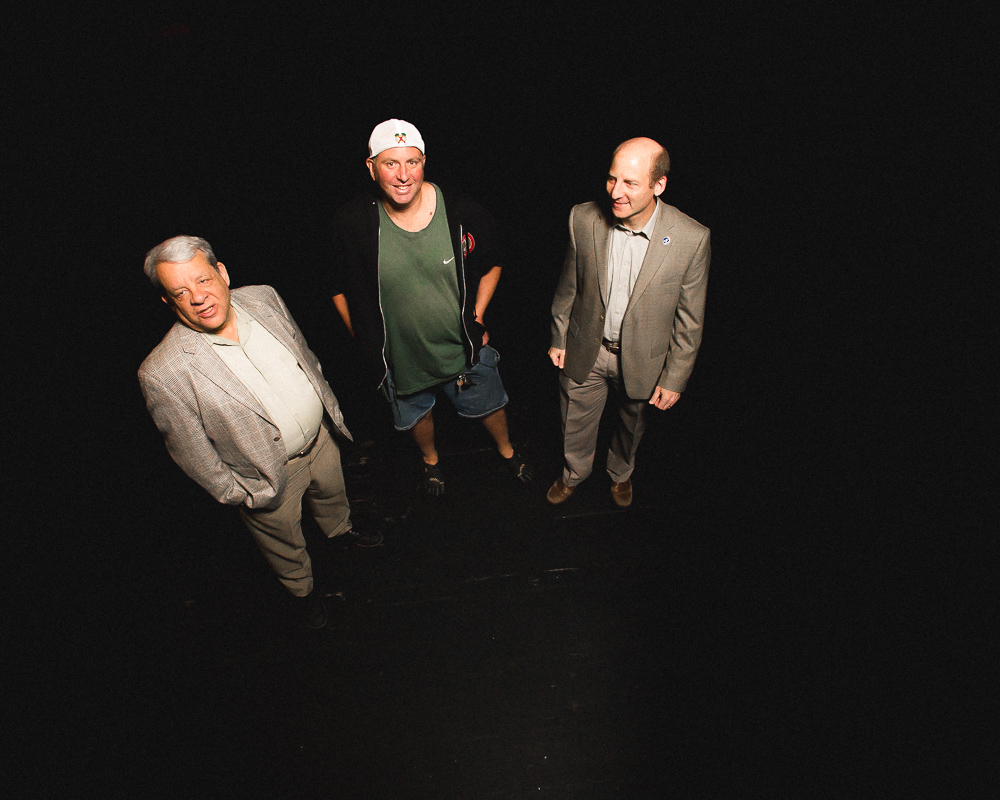 Our biannual behind-the-scenes look at Chicago’s thriving music community gets a little more complex every year. Performers are easy enough to pin down; they’re front and center, by definition. But it can take some digging to excavate the driving forces behind the city’s rich tapestry of orchestras, festivals, music venues and record labels. On the other hand, a certain kind of celebrity has attached itself to bloggers, promoters, radio announcers, artistic directors and journalists, that puts them almost on an equal footing to the artists they’re here to support. So we find ourselves, in this year’s Music 45, ranging wide across the city’s musical landscape, reacquainting you with names and faces you may know almost as well as your own, while introducing you to several newcomers who have labored, if not quite in obscurity, then without the recognition their endeavors have earned them. What they all have in common, is that your life—yes, yours—is a little bit richer because of them. (Robert Rodi)

1
Riccardo Muti
Music Director, Chicago Symphony Orchestra
It isn’t easy to change a venerable arts organization whose history goes back to 1891, but Riccardo Muti has managed to do exactly that in the short time that he’s been CSO music director (he was appointed in 2010). By agreeing to stay on through 2020, and by slowly but surely opening up the CSO as an institution to reflect his irresistible Italian persona—as well as bringing a warmth and lyricism to the CSO’s already legendary precision—Muti has made Chicago the enviable epicenter of the orchestral world. His second five-year term as music director begins in the fall and will once again feature a free concert in Millennium Park (September 18). Muti takes the orchestra into its 125th season with its artistry, popularity and involvement across the community at all-time peak levels. And as much as the maestro is made to be the conduit for all of this, it is Muti himself who constantly reminds us—and the rest of the the world—that in fact our extraordinary orchestra makes all of this possible.

2
Mark Campana
President of North America Concerts, Live Nation Entertainment
There doesn’t seem to be any stopping the world’s largest live-event promoter, which sold more than twenty-five million tickets in 2014 (most to major tours by One Direction, The Eagles, Jay Z and Beyoncé and Miranda Lambert), and grossed $2.1 billion in the process—an amount they may just top this year. Of course, if you look close enough, you can find cracks in Mark Campana’s burnished image; a current Care 2 Petitions campaign reveals that he doesn’t pay workers a living wage or offer benefits in Atlanta, and that “stagehands and backstage craftsman working on Live Nation productions at venues in and around the Perimeter often don’t even get water to drink.” Last year, journalist Paul Resnikoff asked why the music industry, which depends so heavily on black artists, is still such a “white boys’ club” at the executive level—and he illustrated the point with a collage of Live Nation’s executive leadership and board of directors: twenty-two white guys and two white women. But these are mere slingshots against the Live Nation juggernaut, which rolls serenely—and ever more successfully—on. 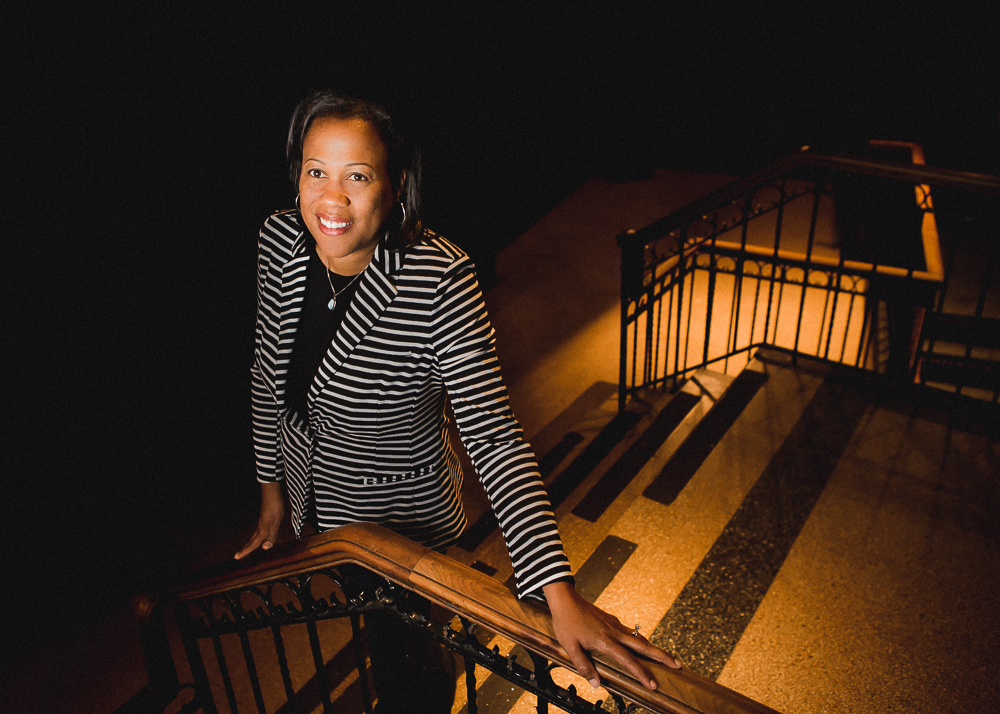 3
Jennifer Johnson Washington
Director of Programming, Department of Cultural Affairs and Special Events
This is the zenith of Jennifer Washington’s year. Having proven her chops by producing the Chicago Jazz Festival for twenty years, she now oversees virtually every mega-scale summer music and dance event to touch down on the Chicago lakefront—Blues Fest, Gospel Fest and World Music Fest among them. She’s a big booster of hometown talent, too. “It’s nice having artists come from around the country, but Chicago has a vast talent pool, so shining light on them is important.” She’s proud that so many of her offerings are free, as well. “I’ve traveled to other festivals and dropped a fortune trying to see live music. I think that’s part of what makes Chicago cool and different.” In her earnestness and energy, Washington comes off as more impresario than bureaucrat—a distinction she herself seems to get. “I don’t think I would have lasted as long in any other city department,” she wryly admits.

4
Chris Kaskie
President, Pitchfork Media
As the Pitchfork Music Festival celebrates its tenth year in Chicago, Chris Kaskie acknowledges his indebtedness to the city. Chicago provides constant influence and inspiration, providing both a groundedness and a sense of scope often obscured in the traditional publishing worlds of New York, Los Angeles and London. Since 2005, Kaskie has overseen Pitchfork from its Chicago headquarters, during which he expanded the festival’s reach to Paris, where it celebrates its fifth anniversary this year. Kaskie also translated the company into print with The Pitchfork Review, a quarterly publication now in its second year. Through engaged, day-to-day leadership of Pitchfork’s editorial and business departments, Kaskie has been able to hone Pitchfork into one of the most trusted brands in music.

5
Welz Kauffman
President and CEO, Ravinia Association
Welz Kauffman has not only overseen the most successful era of box-office sales in Ravinia’s more than a century-long history, but has done so while expanding rather than cutting back on the North Shore summer festival’s offerings. Aside from having to compete with a more innovative and free Grant Park Music Festival, Ravinia’s status as the summer home of the Chicago Symphony Orchestra has been challenged by a downtown CSO season that now extends into late June (and which includes outdoor suburban concertizing apart from Ravinia). Yet with its natural beauty and tranquility, Ravinia has continued to thrive by turning to other genres, such securing two nights of the Tony Bennett/Lady Gaga tour last month—one of the fastest-selling concerts in Ravinia’s history. As for next season, the only announcement thus far has been an amazing coup: the return of former Ravinia music director James Levine after no less than a twenty-two-year absence.

6
Bruce Finkelman
Owner, The Empty Bottle/Co-owner, The Promontory, Thalia Hall
Bruce Finkelman opened two new establishments during the past two years, both on the South Side. Thalia Hall is an ideal venue for artists who have grown too big for the Empty Bottle stage, but haven’t lost their edge yet. Immaculate in acoustics and rich in food and drink options with Dusek’s and Punch House in the same building, Thalia Hall is a major shot in the arm not only for Pilsen, but for Chicago’s music scene overall. Finkelman’s other new venture, The Promontory, which he launched with Craig Golden (see #12), builds on his growing status as a restaurateur (Longman & Eagle, Bite Café). “Chefs are rock stars nowadays, so it makes sense to pair them with the artists performing on stage.” Showcasing top names in soul, jazz and world music, it’s a very welcome addition to Hyde Park. Meanwhile, The Empty Bottle itself remains as popular as ever, bringing in the best local and touring acts seven days a week.

7
Mike Reed
Founder, Constellation
It’s hard to imagine a guy sitting prettier than Mike Reed. A drummer, composer and former booking agent (Pitchfork, Umbrella, Chicago Jazz Fest), he added club owner to his résumé in April 2013 when he opened Constellation. He soon established himself as one of the city’s most progressive impresarios, and the venue itself as a haven for challenging new music. Constellation specializes in improvisational and contemporary jazz—which includes Reed’s own pair of ensembles, Loose Assembly and People, Places and Things, both of which play the club regularly. In May of last year Reed turned forty with an onsite party (“I haven’t celebrated my birthday since I was twelve years old,” he said at the time), and the entertainment was provided by… Mike Reed, in PP&T mode. (DJs Damon Locks and Wayne Montana were also on hand.)

8
James “Bau” Graves
Executive Director, Old Town School of Folk Music
Having opened its high-tech East Building across from its original Lincoln Avenue locale in 2012, Old Town School followed by boosting its presence in the community. By what means? Bau Graves is glad you asked: “Sending dozens of our faculty and students abroad to learn, and importing hundreds more from fifty-plus countries every year. Offering weekly electric guitar lessons to inmates at the Cook County Juvenile Detention Center. Creating a choir of Alzheimer’s patients who can’t remember their kids’ names but can sing all the verses of songs they learned when they were teenagers. Sending teams of musicians every two weeks to entertain on the Pullman run between Chicago and New Orleans. Producing forty free concerts in one week at El stops all over the city. Providing the third place where 7,500 students every week can discover that ‘folk’ isn’t a thing—it’s a way.” As for Graves himself, “I’m just the lucky guy who gets to stand backstage watching the greatest show on earth roll out every night.”

9
David “Boche” Viecelli
Founder and President, Billions Corporation
It’s business as usual for Boche Viecelli’s artist-centric booking agency, but “as usual” for Billions is pretty stratospheric. Among the highlights: Mumford & Sons, Death Cab For Cutie, Calexico and The New Pornographers have all hit the road with new music; and St. Vincent released a brilliant album, won her first Grammy, fronted Nirvana at the Rock and Roll Hall of Fame and now hosts her own Apple Beats 1 global radio network show. Viecelli says, “In this highly disrupted landscape, we’re not selling out to the highest bidder, we’re not diluting our service by diversifying in search of additional profit and we’re still not taking new clients on by the boatload.” One client they have taken on: a young Chicago band called Ne-Hi. Props to the hometown.

Congratulations to all, including Jim Ginsburg of Cedille Records.

Seems like strange timing to post this list. Last month Newcity published a devastating article by a singer/songwriter named David Safran about how Chicago clubs are screwing local bands and not supporting the city’s musical landscape at all. Some venues in this list were named in his story in June. If risk-taking local artists who can get an entire community talking aren’t included, then it looks like Newcity is just keeping the system in place. Maybe they just needed to calm angry music clubs.

Jenny, our Music 45 list is annual list, alternating years between artists and behind-the-scenes players, and is scheduled a year in advance.