37
Joe Prino
General Manager, Mayne Stage
A veteran of the local music scene, Joe Prino attracts big-name talent to the Rogers Park area in the space formerly known as Morse Theater. After a six-million-dollar renovation to the space in 2008, the venue was transformed into a 220-seat venue with some of the most impressive acoustics in town. Prino brought his rock ’n’ roll pedigree to Mayne Stage (he’s a former co-owner of Metro/Smart Bar) when he joined as general manager in 2012, but the venue is also known for its comedy, classical and world music bookings as well. Additionally, live music by local talents is a staple at the venue’s restaurant, Act One Pub. And this fall, the club hits the small screen with “Music on the Mayne Stage” on WYCC-TV, which features live concert tapings from the previous year by artists including JC Brooks and The Uptown Sound, Barrence Whitfield, Seryn and Tommy Keene.

38
Josephine Lee
President and Artistic Director, Chicago Children’s Choir
Josephine Lee may have earned the esteemed Jesse L. Rosenberger Medal for leadership in 2014—an honor previously awarded to Toni Morrison and Pierre Boulez—but she equally vividly remembers a compliment she received when first starting as a teacher with the Chicago Children’s Choir in 1998. “Ms. Lee, you look like Pocahontas!” said a young woman in the classroom of an Englewood school, where she had gone to teach singing. “They responded with so much power and enthusiasm [to what I was teaching] that it completely transformed me,” Lee recalls. Now president of the organization—an appointment she received in 2010 after being artistic director for eleven years—Lee relishes the Choir’s reach: all fifty-seven zip codes, 3,000-plus children ages eight to eighteen, more than seventy Chicago schools and nearly a hundred choirs, from Beverly to Garfield Park. “[The CCC] is a beautiful microcosm of what the world should be,” she says. Next year, the choir celebrates its sixtieth anniversary. Early plans include a collaboration with the Q Brothers, who will create a reimagination of Homer’s “The Odyssey.”

39
Bob Koester
Owner, Jazz Record Mart, Delmark Records
Vinyl is coming back, we’re told, but for Bob Koester, owner of the Jazz Record Mart since 1959, it never went away. Sure, you can buy CDs from Koester, but as he’ll be the first to tell you, many of the greatest recordings in the history of jazz and blues never made it to CD. Nor can most be downloaded, and those that can significantly compress original frequency range. Then there’s the issue of digital remastering and what that often does to the range and warmth of analog LPs. Did we mention that many classic recordings of earlier eras never even made their way from 78s to LPs? Koester is a gold mine of information about the music and the artists who made it, in release or out of print. He’s also the founder of Delmark Records, the country’s oldest independent jazz and blues label. Jazz and blues are oral traditions and that’s no less true of knowledge of their artists and recordings. Buying a record and getting some banter from Koester, a Blues Hall of Famer, is be engulfed in the continuum of those traditions.

40
Dan Koretsky and Dan Osborn
Owners, Drag City
Considering how few indie labels reach the stalwart age of twenty-five, you’d think Drag City would have made a big deal about hitting that milestone last summer; but in fact Koretsky and Osborn let it slip by without any parties or fireworks. Maybe it’s just a residual fuck-that attitude toward hype and hoopla from the post-punk, anti-commercialist eighties (the label was launched in 1989); or maybe the guys are just too busy working. Their website “News” page is more active than any blog, announce a new release what seems like every other day (or, like the week we’re writing this, every single day, with Laetitia Sadier’s “Something Shines” announced on July 7, Wand’s “1000 Days” on July 8, and Flying Saucer Attack’s “Instrumentals 2015” on July 9). They can be a bit terse about not including downloads with LPs or offering their catalog through Spotify; but given their longevity, it’s ridiculous to nitpick. For Drag City, success is its own validation.

41
John Corbett
Co-founder, Corbett vs. Dempsey
When we last profiled him in 2013, John Corbett’s art gallery had become equally well known as a performance space for the reigning giants of avant-garde jazz; now the Corbett vs. Dempsey name adorns a record label as well, offering both reissues and new recordings. Recent releases include Brötzmann/van Hove/Bennink, “1971,” Steve Lacy/Steve Potts, “Tips” and Tom Prehn Quartet, “Axiom.” Additionally, Corbett has two books forthcoming: “Microgroove: Forays Into Other Music” (Duke University Press), compiling twenty years of music writing, and “A Listener’s Guide to Free Improvisation” (University of Chicago Press), a how-to guide for people unfamiliar with freely improvised music. Apparently tireless, he also curates music events at other galleries, universities and museums both in Chicago and beyond, as well as lectures, publishes and establishes himself as an increasingly visible popularizer of new music. Case in point: he appeared as guest “jazz expert” on NPR’s “Sound Opinions,” in a show billed as “A Rock Fan’s Guide to Jazz.” 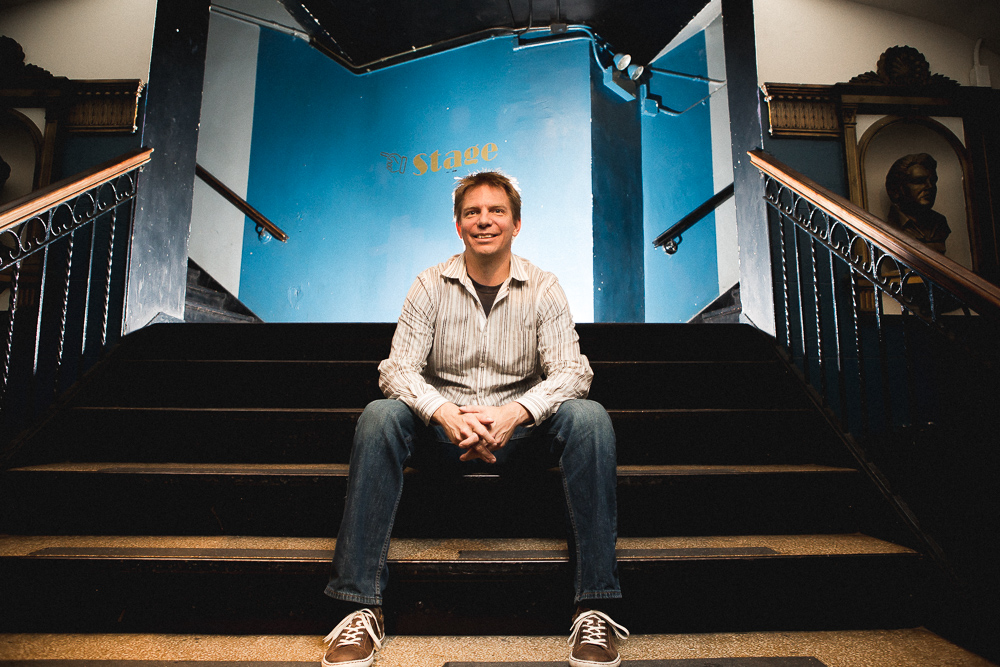 42
Seth Boustead
Host, Relevant Tones on WFMT
Seth Boustead’s radio show—“a weekly exploration of the most fascinating time in classical music history: right now”—currently airs in forty-five markets across the country. Far from being studio-bound, the show is set to travel this fall to Colombia, Poland and Slovenia to feature native composers and participate in new music festivals. But while “Relevant Tones” remains the principle platform for Boustead’s goal of “revolutionizing how and where classical music is performed and how it is perceived by the general public,” it’s far from his only one. As executive director of Access Contemporary Music, an organization dedicated to connecting new works to new audiences, Boustead has commissioned and presented more than a hundred pieces by composers from around the world. He’s also a tireless advocate for silent films, and his annual Sound of Silent Film Festival at the Music Box drew nearly 500 people last year. Finally, he’s a composer and performer in his own right, balancing his behind-the-scenes efforts with his own personal creative endeavors. 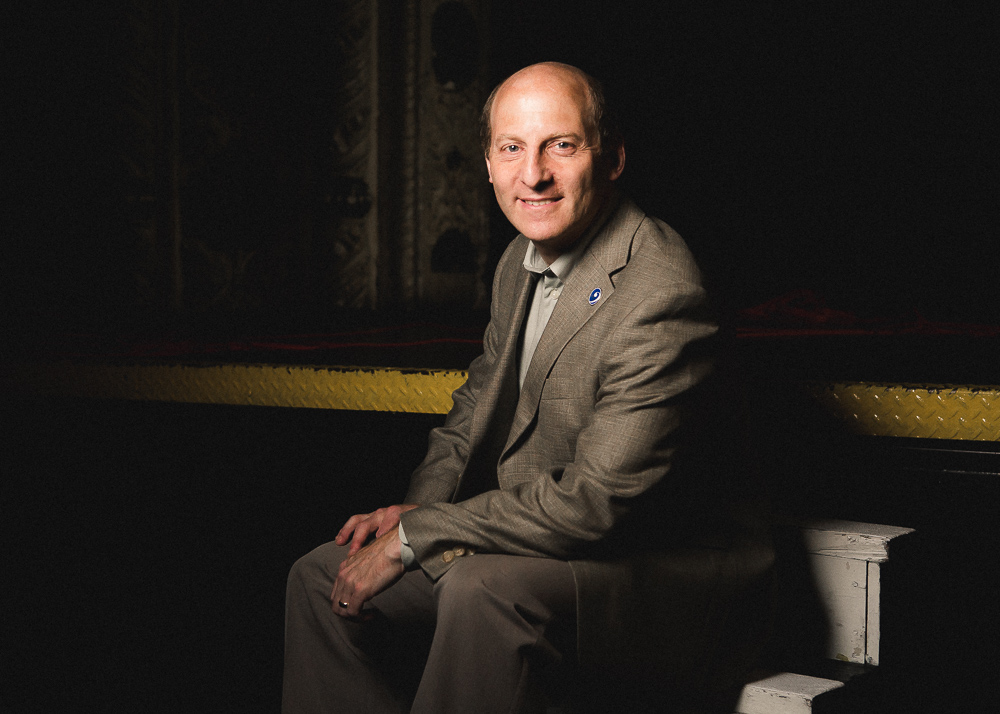 43
James Ginsburg
Founder and President, Cedille Records
James Ginsburg came to Chicago to study law at the University of Chicago, a career that seemed inevitable (his immediate family is packed with lawyers, including his mother, Ruth Bader Ginsburg, now a Supreme Court Justice). He also pursued his passion for classical music by founding Cedille Records in 1989, and eventually left law school to concentrate full-time on the label, which has consistently released innovative and high-quality classical music recordings. Ginsburg is a true visionary who sees important voids in recorded repertoire and seeks to fill them. He personally oversees every aspect of the recording process, from choosing the repertoire to finessing microphone placement. Ginsburg’s extraordinary efforts have won the label numerous Grammy awards, and last fall Cedille celebrated its twenty-fifth anniversary. 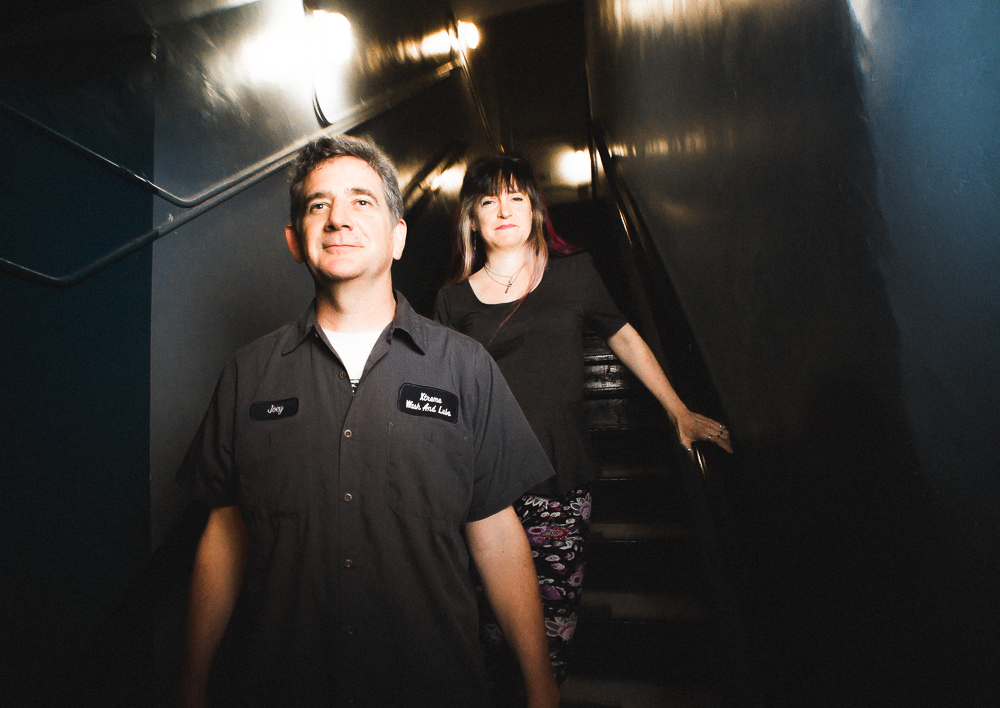 44
Nan Warshaw and Rob Miller
Owners, Bloodshot Records
When Bloodshot began in 1994, it made Chicago a hotbed for a nascent style of music that mixed a reverence for classic country tunes with a dash of punk attitude. Though it dabbles in other genres, Bloodshot has stayed a champion of alt-country for two decades now, with a current roster including Banditos, Lydia Loveless and Wilmette’s own Robbie Fulks. “Staying small has allowed us to remain nimble, to act quickly to take advantage of opportunities for our artists,” says Nan Warshaw, who’s been an outspoken advocate for musicians’ rights. Even as they point with pride to their records, Warshaw and Rob Miller worry about the future of indie labels in a world dominated by low-paying streaming music services. “It seems that there is a genuine awareness and appreciation for small batch this, and local that,” Miller says. “People are willing to pay more for a basil-infused something or other, but for some reason, this hasn’t translated to the creative content.”

45
Kent Nielsen and Dan Mahoney/Scott Fetters
Co-owners, Fort Knox/Director, 2112
Nielsen, a guitarist, and Mahoney, a drummer, opened Fort Knox in 2011 specifically as a band rehearsal space. In 2013 they added ICON Pro Studios, offering production and recording facilities, and they haven’t stopped growing since. This summer alone they added a 20,000 square foot creative-industry incubator, 2112 (of which Fetters is the director), and an additional 35,000 square feet of office space. They now claim its 160,000 square feet and ninety-two rehearsal suites make the complex at Montrose and 90/94 “the world’s largest music production and rehearsal facility” and, according to Fetters, their success has allowed them to embrace their passion to “bring together and help grow Chicago’s music community—both artists and business.”

Congratulations to all, including Jim Ginsburg of Cedille Records.

Seems like strange timing to post this list. Last month Newcity published a devastating article by a singer/songwriter named David Safran about how Chicago clubs are screwing local bands and not supporting the city’s musical landscape at all. Some venues in this list were named in his story in June. If risk-taking local artists who can get an entire community talking aren’t included, then it looks like Newcity is just keeping the system in place. Maybe they just needed to calm angry music clubs.

Jenny, our Music 45 list is annual list, alternating years between artists and behind-the-scenes players, and is scheduled a year in advance.