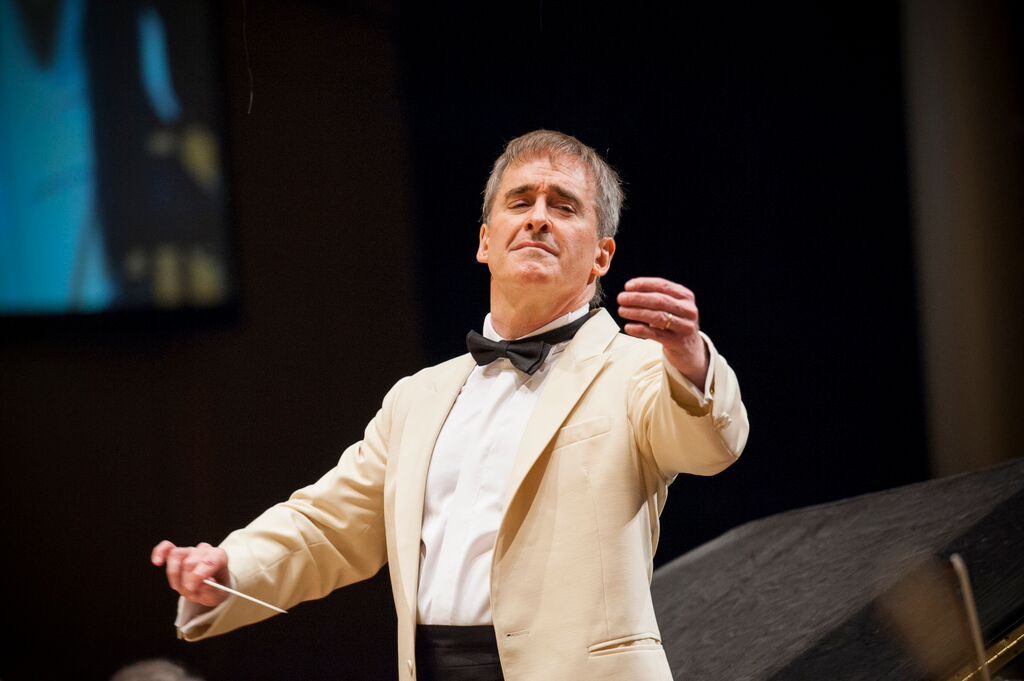 “After I became music director eleven years ago,” says Ravinia Festival music director James Conlon, “it was so interesting how many people I would meet around the country, or Americans I would meet in Europe, that would say, ‘You know? I heard my first concerts at Ravinia.’ I started to think that everybody grew up on the North Shore of Chicago and somehow or another moved to another place in the world. It is astounding how many people of all ages were formed there, from twenty-year-olds to eighty-year-olds, and how many people Ravinia has been able to reach in its way and introduce classical music to them. Of course, the trump card of the Chicago Symphony is the best way you can do that. It was very striking to me and I am very proud to be a part of that tradition and process and hope it will continue on forever.”

Nonetheless, Conlon announced last August that the 2015 season would be his last as Ravinia music director, and that 2016 would also end his music directorship of the Cincinnati May Festival after thirty-six years. Instead, he will become the first American to ever become principal conductor of the Orchestra Sinfonica Nazionale della Rai in Turin, Italy.

“I don’t think it’s a secret that I love Italy,” Conlon admits. “I haven’t had a base in Europe in over ten years now. I’ve actually never held a position in Italy and this is one of the most distinguished institutions in Italy with a long history in a city with a great cultural tradition that is thriving, even now when times are difficult. I was waiting in one sense for my daughters to get to be a certain age to consider this: life is full of change and artists have to keep changing and evolving and reinventing themselves and their lives. I’m very excited.” 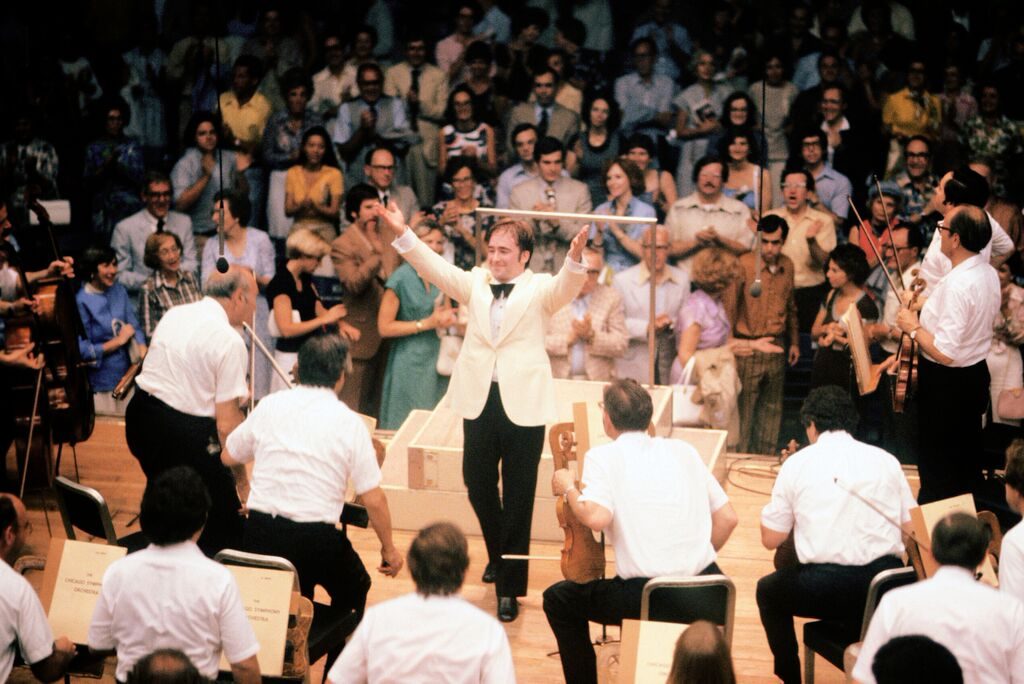 James Conlon and the CSO in 1977, the year he made his Ravinia debut/Photo: Robert M. Lightfoot III

Still, given that Conlon’s role as music director had been greatly reduced and that the number of concerts the CSO plays at Ravinia was cut back and moved out of weekend evening spots (which now are reserved for pop and rock acts) may leave some wondering if this had something to do with his arrivederci to Ravinia.

“That shift is a choice of the Ravinia Festival and its management,” says Conlon. “It was and is outside of my responsibilities. My job was to do a certain amount of music-making in the summer, and to defend that, which I did, regardless of what was going on around it. Times are changing, those changes at Ravinia are driven by other forces, and I neither control those forces nor have any influence on those forces. My job, as I see it anywhere I am, is to offer a hundred-percent commitment to the performances I am giving on an intellectual, emotional and visceral level, between the orchestra and myself and between myself and the Ravinia public. That’s what I did, and that’s what I believe was my major function in this time of change.

“I’m very grateful to Welz Kauffman, to Ravinia, the trustees, the board and the many friends I had made there for placing their confidence in me over eleven years ago to take this job. Any differences I might have had in seeing things are really irrelevant at this point. My basic feeling about Ravinia is extremely positive. My experience of being music director and also those many years of having been a guest conductor left me with a deep devotion and attachment to Ravinia, to the Ravinia public and certainly to the Chicago Symphony. I greatly valued my relationship to the CSO which preceded my becoming music director. Eleven years is a long time these days as a music director. We did a lot of great things and I am very grateful for all of my years at Ravinia and my years with the Chicago Symphony. And as I think you know, this is not the end of my relationship with the Chicago Symphony at all. You can see I’ll be there next season, downtown, so I’m happy not to have to say goodbye to anybody and look forward to more.”

Indeed, Riccardo Muti particularly spotlighted Conlon’s downtown return at last February’s CSO season announcement as something he had specifically wanted to bring about. Meanwhile, Conlon began a three-year Mozart opera cycle last month in Spoleto similar to what he did at Ravinia’s Martin Theatre with Muti’s Cherubini Youth Orchestra. “It’s a fantastic orchestra,” says Conlon. “To say that I admire Maestro Muti is an understatement. He’s a great force. I know that he is also deeply devoted to Italy and Italian music and culture as I am, he as a native, and I by adoption, if you will. We share those values and an absolute belief, and I say it to people: don’t forget, it all started in Italy, everything: music, musical notation, the instruments, the art forms, the vocabulary. Now, the German-speaking world did one thing with it, the French-speaking world did another, Russian music another, but the fact is, it all really started in Italy and that’s important for every musician to understand, and I say this to young musicians because it gets ignored a bit in the musical education in America which has been very Germanocentric.”