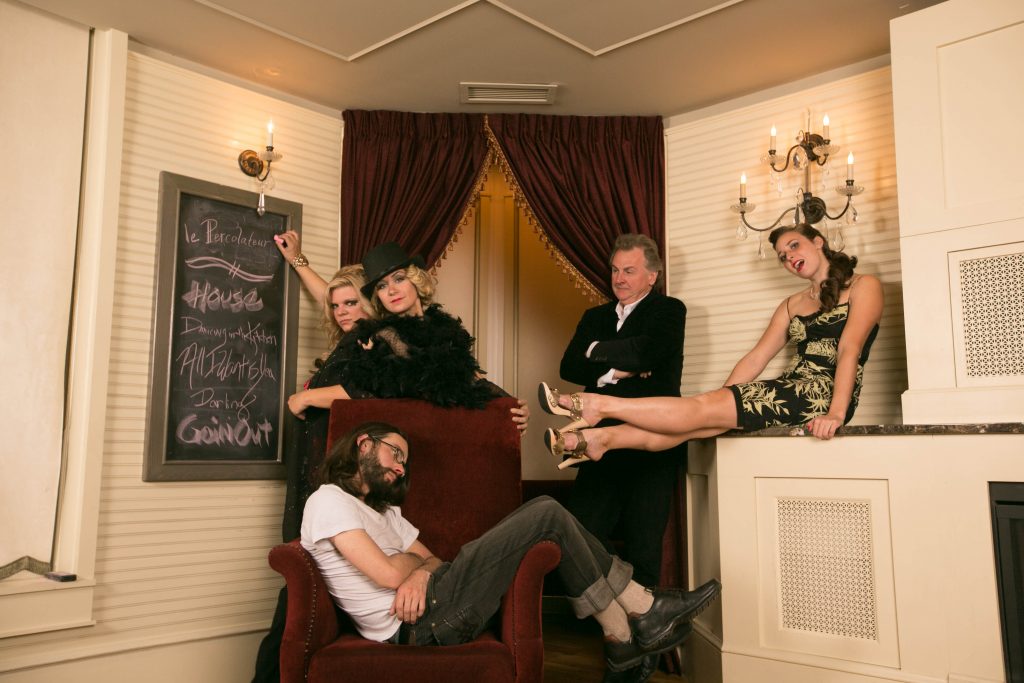 I used to love catching lePercolateur at the old Katerina’s on Irving Park. There was something about that narrow, dark-paneled room that struck me as faintly European—with its stage tucked modestly between the bar and the kitchen, so that every performance was infiltrated by tinkling ice on one side and swinging doors on the other (which on a good night always seemed to be in time). And lePercolateur is all about the continent. The band owes its chief inspiration to the gypsy jazz pioneered by Belgian guitarist Django Reinhardt—that is, everyone in the band but vocalist Candace Washburn, whose Gallic sophistication owes more to cafes than campgrounds (you can’t imagine anyone for whom the term “chanteuse” is more appropriate). I’ve lost track of them since Katerina’s closed, so I’m stoked for their upcoming gig at The Green Mill. It’s on a night the rest of the city will be choked with Lolla aftershows, but I can’t imagine a more refreshing Lolla antidote than this crew. Their fleet and furious strings (Marielle de Rocca-Serra on violin, Stacy McMichael on bass, and Sam Random and Kevin Rush on guitar) have got to sound like a goddamn rain shower after a day of too much synth and amp. And if the band’s last CD, 2013’s “Pop Manouche,” is any indication, they’ve allowed some heady middle-eastern flavors to bleed into the stew as well. As tantalizing as their playing is, their lyrics remain a delight, often turning shopworn clichés into self-referential jokes; “Well I knew they were out to get me / Because they told me they were out to get me,” Washburn sings in “Bad Crazy Day,” and in their brilliant signature tune, “Dancing In the Kitchen,” she laments, “When everything was alright / There was always something wrong.” In the jaunty ballad “Nothing Special” there’s the especially lovely line, “It’s hard to tell from my tongue, because it wears a disguise.” Maybe in that tune it does, girl. In everything else, we’re reading you loud and clear. (Robert Rodi)