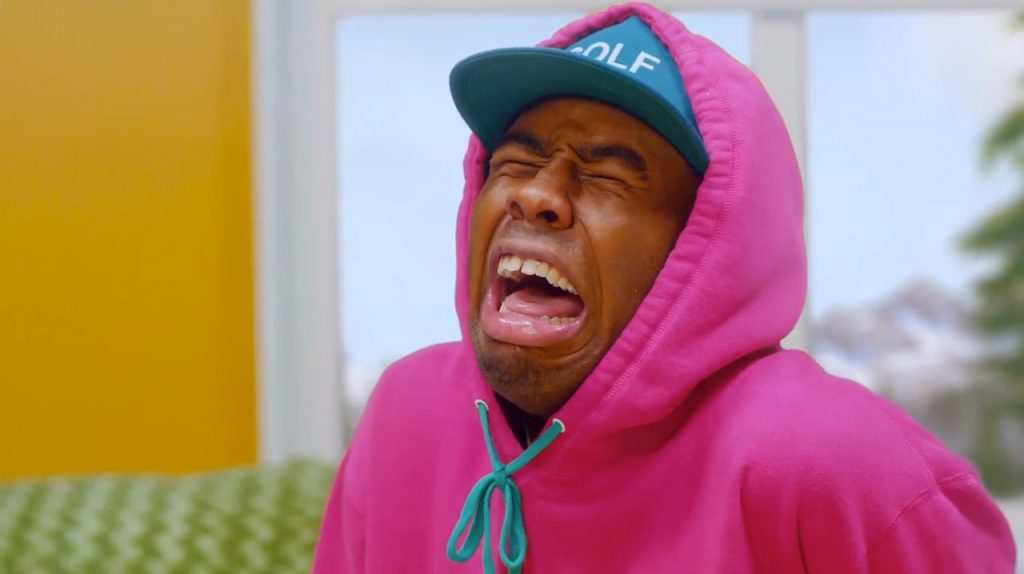 Sifting through this year’s Lollapalooza lineup was pretty arduous. Like every year, there are some names that stand out and are an obvious “Yes, I have to see that,” but man, who are some of these other people? Luckily, Lolla has a great website where you can preview most of the bands without leaving the main artist page. Discovering new music is a wonderful thing; there are some diamonds in the shallow pop-synth rough here.

Also, the food options at Lollapalooza this year are excellent, and as someone who is very into eating and relaxing, I recommend stopping over at Chow Town (their name, not mine) and grabbing an iced coffee from Dark Matter and a jalapeño cheddar bratwurst from Publican Quality Meats. Bring a solid blanket and some solid friends and start off your big Lollapalooza weekend with this fancy second lunch and Father John Misty.

3:30pm-4:30pm
Father John Misty
Palladia
I have seen Misty play twice now, and can seriously vouch for this one. His live performances are timeless, and his tongue-in-cheek, glassy-eyed attitude is made for the stage. He has been openly annoyed by fans documenting the majority of his sets on their smartphones recently, which I can also get behind.

5:30pm-6:30pm
The War on Drugs
Palladia
TWOD’s airy, full sound is perfect for a large festival setting. Add a cold beer to cool down that jalapeño brat belly, and I’m in.

6:30pm-7:45pm
alt-J
Bud Light
I am usually very wary of bands that use polygons in their aesthetic, but alt-J has surprised me over the past few years. They sound like a polished version of an early Black Keys record; modern enough for a young crowd but bluesy enough to satiate everyone else for an hour and fifteen minutes.

8:30pm-10:00pm
The Weeknd
Bud Light
The Weeknd has a lot going on. His music is hypnotizing—stoned and mean, but graceful. This set will absolutely put you in the mood to go grind up on somebody at Danny’s or Slippery Slope on your way home.

1:30pm-1:55pm
School of Rock Allstars
Kidzapalooza
School of Rock is a program that encourages kids to explore music and gives them the opportunity to perform all over the place, including Lollapalooza. Go cheer on some kids and be surprised at how talented they are.

2:45pm-3:45pm
Sturgill Simpson
Bud Light
“Metamodern Sounds in Country Music,” Simpson’s 2014 release, was one of my favorite albums of the year. These classic country arrangements aren’t for everybody, but they’ll touch the soul of some.

4:00pm-5:00pm
Death From Above 1979
Samsung Galaxy
I spent three years in high school driving around in a Volvo, smoking Parliament Lights, blasting my ears off to ”You’re a Woman, I’m a Machine.” Listening to Death From Above 1979 just makes me feel like a total badass, and it would be a damn shame to miss this set.

5:45pm-6:45pm
Tyler, The Creator
Palladia
Tyler, The Creator’s live sets are notoriously chaotic. He was arrested after SXSW last year for inciting a riot during his show at the Scoot Inn. Hundreds of fans outside the venue’s closed gates rushed the set after Tyler led a chant of “Push, push, push!” His rap is completely unique in its brand of multiple personality-induced hostility and how creepily listenable it is. Hearing Tyler perform is a treat, but so is seeing what else happens.

8:00pm-10:00pm
Metallica
Samsung Galaxy
I know that Sam Smith is so hot right now, but Metallica is forever.

12:50pm-1:30pm
Lion Babe
Pepsi
Lion Babe is the product of legendary entertainment manager Ramon Harvey and overall superstar Vanessa Williams. She puts out feel-good, party hip-hop with soulful vocals and beats that will make you bob your head. This is the perfect way to ease into the last day of Lollapalooza 2015.

1:30pm-2:30pm
Twin Peaks
Sprint
NME described Twin Peaks as “Chicago’s most promising band,” and they’re absolutely right. They’ve managed to hone in on the perfect garage sound and have huge things ahead of them. Don’t miss them!

4:35pm-5:30pm
Logic
Perry’s
Logic’s lyrics work on their own and blend into his flowing mixes as percussion. You’ll want to close your eyes yet you’ll be really excited at the same time. There’s just something about what Logic’s doing that feels really good to listen to, for lack of better words. I have confidence in him as a performer at Lollapalooza and as an artist beyond that set.

6:30pm-7:15pm
Albert Hammond, Jr.
Pepsi
Hammond, who was the guitarist for the Strokes, has continued his career as a consistent solo artist. He embodies everything that was great about the Strokes and has taken that sound in a muted, poppy direction that is infectious. Hammond will put you in the mood to soak in the last rays of this weekend and take a walk by the lake after this set before the rest of the crowd comes pouring out, an impulse that you should probably indulge.