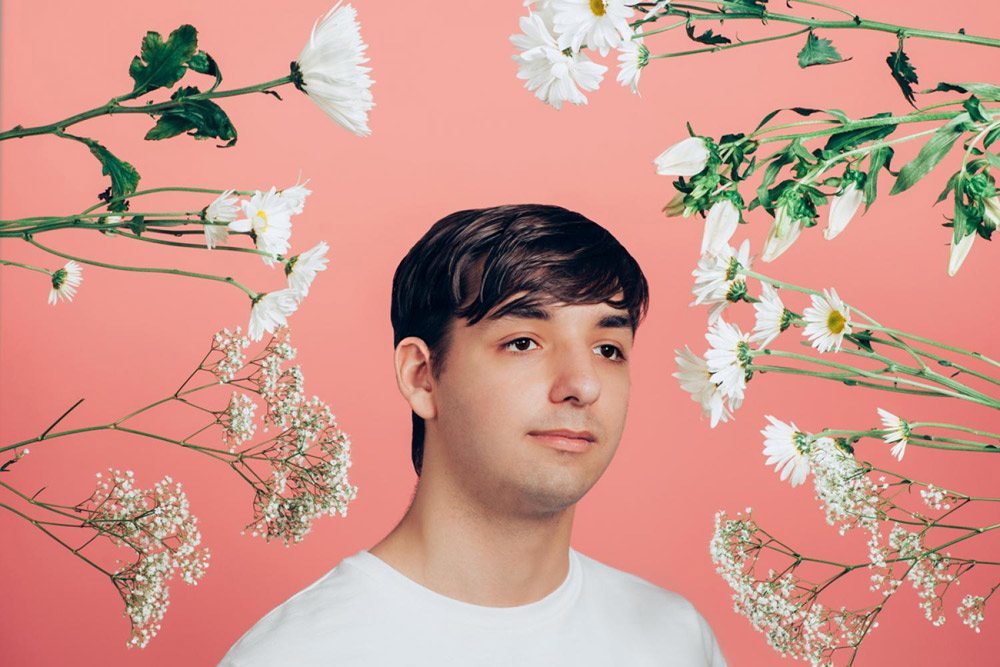 I won’t be at Lolla this year; the following is a fictionalized daily schedule.

2:00pm
You lock up your bike outside of the festival, wipe the sweat from your forehead, drink the rest of your water and start walking.

2:15pm-3:00pm
Glass Animals
Samsung Galaxy
Sex is the first thing on everyone’s mind at Lollapalooza, so it only makes sense to start off the festival experience with Glass Animals. This slinky, slow-rock band from the UK will set the mood for the rest of the weekend, whether it’s a gray, rainy day or a hot and humid 100 degrees. You’ll feel a groove either way.

3:00pm-3:45pm
Tove Lo
Sprint
Keep the sexy theme going here, with added pop hooks via Sweden. You’ve made some major eye contact with someone during Glass Animals, and now you’re a quick stroll away from getting to know that someone even better during “Talking Body.” (There’s no time to waste—when Tove Lo’s at the chorus you can’t be dancing by yourself.)

4:00pm-4:45pm
BROODS
Pepsi
Tove Lo was awesome, and now you’re walking to the other end of the festival, having a conversation with someone who, it turns out, had the bike you saw locked up right next to yours. It was the light blue one that had a Burger Records sticker on it. What are the two of you even doing at Lollapalooza? Whatever, you stop together at BROODS because your roommate said they were good. It’s more moody pop music, a perfect segue into what’s next.

4:30pm-5:30pm
Hot Chip
Bud Light
Now we’re talking. You just bought two beers, gave one to this cool and attractive person you only met two hours ago, and no matter how much dancing you were doing before, you’ve doubled it for Hot Chip. You’re not even talking for this set, just dancing. “Flutes” takes you up to another level and the sun hasn’t even started setting yet.

5:30pm-6:30pm
The War On Drugs
Palladia
You need a moment to rest, and right on schedule, from the stage behind you comes the Midwestern dream-rock of The War On Drugs. You both decide to sit on the grass for this set. You’re showing each other pics of your dogs/cats on your phones, and then, “Do you wanna smoke?” Of course you do. You do.

6:50pm-7:30pm
Young Thug
BMI
Feeling great and the day is finally starting to cool; it’s time for some rap. You can’t remember which Young Thug songs you know, but you’re sure you’ll recognize some once you hear them. The beat to “Lifestyle” kicks in and you both look at each other and smile/nod, “Ohhhh yeahhhh!”

7:45pm-8:30pm
Sylvan Esso
Pepsi
This was the band you really wanted to see today, and they don’t disappoint. It’s one skinny guy with an Akai controller and an amazing vocalist looping her voice while dancing her ass off in platform heels. You’re super impressed, so much so that you lose sight of the person you’ve been getting to know all day. It’s getting dark now.

9:00pm-10:00pm
Flying Lotus
Pepsi
You buy a chicken wrap because you haven’t eaten since before your bike ride. You fill up your empty beer cup with water at the fountain, all the while eyes darting around, searching. Flying Lotus starts, and he sounds amazing. It’s jazzy, but the beats are from another planet. You watch the whole show, then an immensely bittersweet feeling washes over you. You power walk back to your bike, but the light blue one is already gone.

12:15pm-1:00pm
Beat Connection
Palladia
Your best chance of spotting each other again is to get to the fest as early as possible. The crowds are thin and the sun is bright. You’ve heard some cool remixes of this band, and hope their live show is as chill as their Soundcloud. It is. You’re already in a better mood after this set. It’s like an appetizer for Toro y Moi later.

2:50pm-3:30pm
Wet
Pepsi
After a long, meandering lap around the fest, in search of someone who may or may not even be there, you decide to go watch Wet. This is best/worst decision you’ve made yet. It’s the most brutally emotional set you’ve heard all weekend. It’s painfully sad—it reminds you of breakups, mistakes, failed relationships, and all the worst parts of your love life. But you haven’t been moved by music like this in a long time. You leave in awe, but also heartsick.

3:45pm-4:30pm
Toro y Moi
Palladia
His live show gets bigger and tighter every time you see him, and sure enough, Chaz Bundick brings it hard for his performance at Lollapalooza 2015. Everyone is dancing. It’s the most pot smoke you’ve seen all weekend, too. Someone with silver hair and a Saint Pepsi shirt offers you some. You accept. And before you know it, you have yourself another dancing partner.

4:45pm-5:45pm
The Tallest Man On Earth
Bud Light
This is another show for sitting on the lawn and getting to know someone. The Swedish folk singer reminds everyone of Bob Dylan, in a good way. He’s never too loud, but never boring either. You talk about how it’s funny that Saint Pepsi had to change his name to Skylar Spence. Eyes wide, surprised and happy to know people of similar taste are at Lollapalooza this year, conversation turns to vaporwave tinychats. What are you guys doing at this fest?

6:00pm-7:00pm
Tame Impala
Samsung Galaxy
As the last set ends, you both realize, “Oh shit, Tame Impala is starting in fifteen minutes!” And you book it to the other side of the park. “Currents” is one of the best albums to come out this year, and there’s no way you can miss this show. It’s one of the biggest crowds you’ve seen so far (the hype is real) and the smoke cloud here is making the haze over Toro y Moi look like a sneeze. It’s like a forest fire at this one, and the psych rock is working wonders on the crowd. It’s an excellent show, and you don’t want to lose this new connection, so you suggest finding food somewhere outside the fest. Response: “But what about Brand New?” You’ve never liked Brand New, but you say, “Oh, right. Let’s do that!” and excuse yourself to the long line for the bathroom. The silver hair fades in the distance and you hear, “They’re starting, find me over there!” You know at that moment, as you wait in this godforsaken line for a disgusting porta-potty, that you’re going back to your bike.

1:30pm-2:30pm
Twin Peaks
Sprint
You need one of your favorite local rock ‘n’ roll bands to set you straight. The boys are out of their minds up there. It’s probably the biggest stage that these DIY heroes have ever played, and they’re acting like it—flailing all over the place with their hair and guitars. It’s great. At the end of the show, you spot that person you lost on Friday.

2:50pm-3:30pm
Skylar Spence
Pepsi
You’re both walking and catching up, asking each other what happened on Friday. “I turned around and you were gone!” Then you hear the opening chords of “Fiona Coyne” and bob your head. Skylar Spence, formerly known as Saint Pepsi, is playing at the Pepsi stage. Your dance partner is back, and you’re smiling at each other. Then, out of the corner of your eye, you see the silver-haired Brand New fan.

4:45pm-5:45pm
ODESZA
Bud Light
The three of you are now standing together, and you’re asked, “What happened to you last night?” Like an echo: “I turned around and you were gone.” And you get glares from both. Introductions are made, but nobody goes into detail on how you know each other. “Wanna go check out ODESZA?” you ask. You all go there, but now everyone is quiet and reluctant to ask any more questions. The cinematic, instrumental epics of the band make you feel like you’re stuck in some terrible Zach Braff movie. The music is still good, but God what a lousy movie this is.

5:40pm-6:20pm
Bully
BMI
You all saw their set at Pitchfork Fest two weeks ago, but you still want to check out Bully again. It’s the straightforward rock ‘n’ roll that answers the question of why you’re at Lollapalooza. None of you talk during the set, but you all nod at each other at the end of it. You yank the crumpled paper schedule out of your pocket to see what’s coming up next. But you don’t go to any other shows. Instead you go your separate ways. You lie in the grass for the rest of the evening, hearing pieces of the conversations that are moving past you too quickly to contextualize. Still, you know what they’re about.