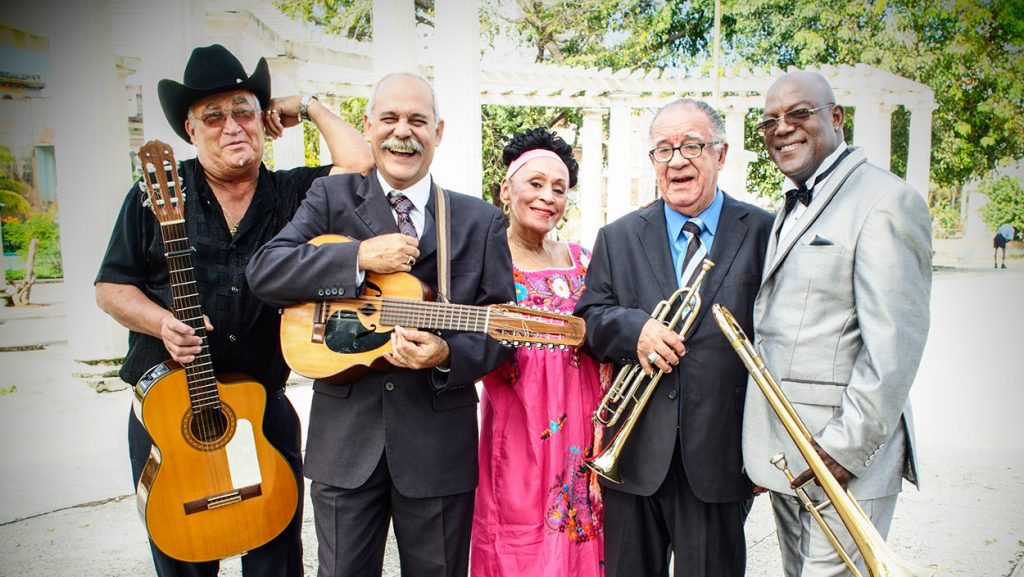 Chicago’s music scene will make history as the stars align serendipitously to bring two of Cuba’s most famous musical acts in the same week: the legendary dance band Los Van Van and the Orquesta Buena Vista Social Club for its Adios Tour—not to mention the almost immediately following Festival Cubano.

Given the recent thaw in Cuban American political relations, people might soon forget the anticipatory thrill of being able to see authentic Cuban music live in the United States. Not so long ago, it was forbidden fruit. Club owners like Marguerite Horberg of HotHouse and Ray Quinn of Martyrs’ took chances bringing the music to us. Shows were picketed and frequently shut down amidst threats, protests and boycotts against the Cuban government by Cuban Americans. I remember the joy of listening to the lovely, romantic, traditional Cuban music called son montuno in 1997, when the “Buena Vista Social Club” album was released, and the excitement of seeing them all live on stage for the first time at the Chicago Theater. Cuban son (a style of music that combines the singing and guitar stylings of Spain with the rhythms and drumming of Africa) and other music by the Buena Vistans wasn’t actually popular in Cuba at the time—the songs represented the golden age of Cuba in the forties and fifties; still, for millions of English-speaking people the Spanish lyrics of “Candela” and “Chan Chan” became almost as recognizable as “I Want To Hold Your Hand.” The remaining handful of original members coming to Ravinia are now touring together for the final time. The reviews have thus far lavished praise on the incredible performances of eighty-four-year-old vocalist Omara Portuondo, Cuba’s cowboy Eliades Ochoa on his tres guitar, trumpet player Guajiro Mirabal and virtuoso Barbarito Torres on laud. They’re also joined by Jesús “Aguaje” Ramos—who is also their musical director—on trombone and vocals, Pedro Pablo on double bass, Alberto “La Noche” on bongos, Idania Valdés on vocals and minor percussion, Rolando Luna on piano, Filiberto Sanchez on timbales, Andrés Coayo on congas, Carlos Calunga on vocals and Luis Alemany on trumpet. Some cynics doubt this will in fact be their last tour but I don’t care. I haven’t seen them in nearly fifteen years, and it’s a show I won’t miss. August 12, Ravinia Pavilion in Highland Park, 8:30pm; $65/$55/$38 lawn. 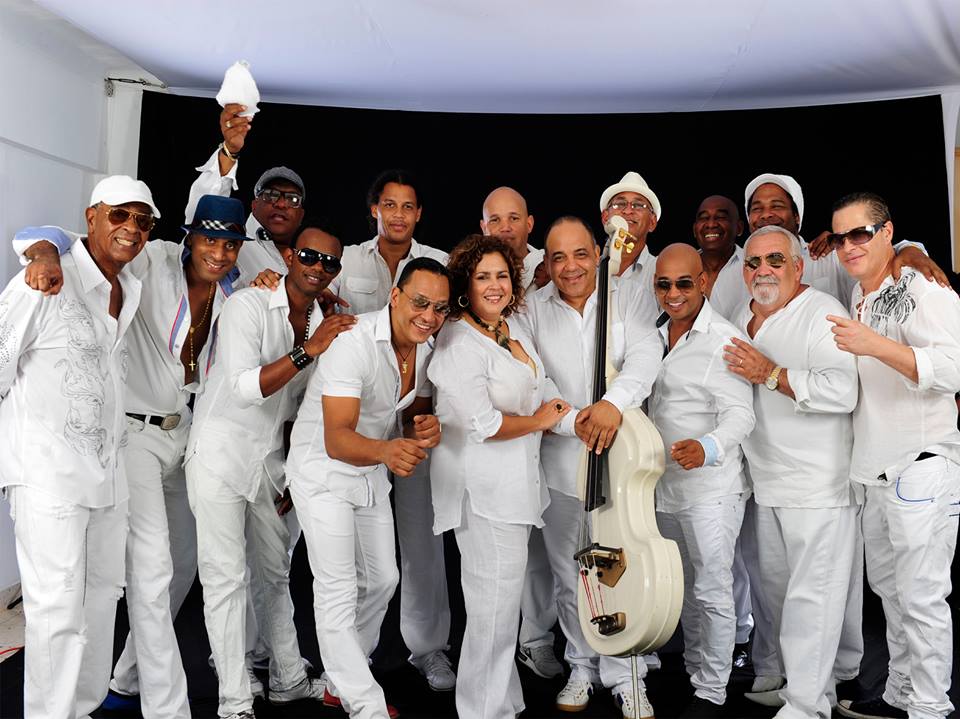 From the romance of the Cuban son, we turn to the hot, sexy, intricate dance rhythms of Los Van Van with its sometimes lusty and political double-entendre lyrics. It’s been one of Cuba’s most influential bands for more than four decades and is considered the country’s most popular dance band. The sixteen-member band is famous for its self-made genre called songo—born forty-five years ago when Juan Formell, Los Van Van’s revolutionary founder, integrated electric and electronic instruments into charanga’s traditional piano, flute, bass, violin and percussion, as well as adding elements of rock ’n’ roll and pop. (Later funk, disco and hip-hop were added to the mix.) In doing so, he changed Cuban music. It’s been said every Cuban timba band owes Los Van Van an inspirational debt. Formell passed away in 2014, leaving leadership to his son Samuel, the band’s drummer. Their Thalia Hall gig is a rare opportunity to see them live. They first performed here at Martyrs’ in 1997 (sponsored by Hothouse) and returned again in 1999 to House of Blues, but haven’t been back to Chicago for a performance until now. August 9 at 8pm, Thalia Hall, 1807 South Allport; $35/$40.

Festival Cubano is in its sixth year at Riis Park (Fullerton Avenue and Narragansett Avenue). In the past, the festival has not primarily presented native Cuban musicians, but this year features Cuban headliners as well as popular salsa and singers from other parts of Latin America and local Chicago bands. Saturday night features Cuban-born sonero and record producer Sonora Matancera and Orquesta Broadway veteran Roberto Torres as a headliner. On Sunday night two of the headliners also are Pedrito Calvo—well known as a former vocalist with Los Van Van—and Miguel Cuni, Jr., son of the famous singer Miguelito Cuni. Miguel just released an album dedicated to Cuban son. Not of Cuban descent, but someone you won’t want to miss, is salsa sonero and former Celia Cruz bandleader José Alberto “El Canario,” also on Saturday night. August 14-16. General admission $20/$125 VIP; three-day passes $50/$300 VIP.

This bounty of Afro-Caribbean music in Chicago during one week is a rare cosmic coincidence with the lucky beneficiaries: Latin music lovers. Enjoy!