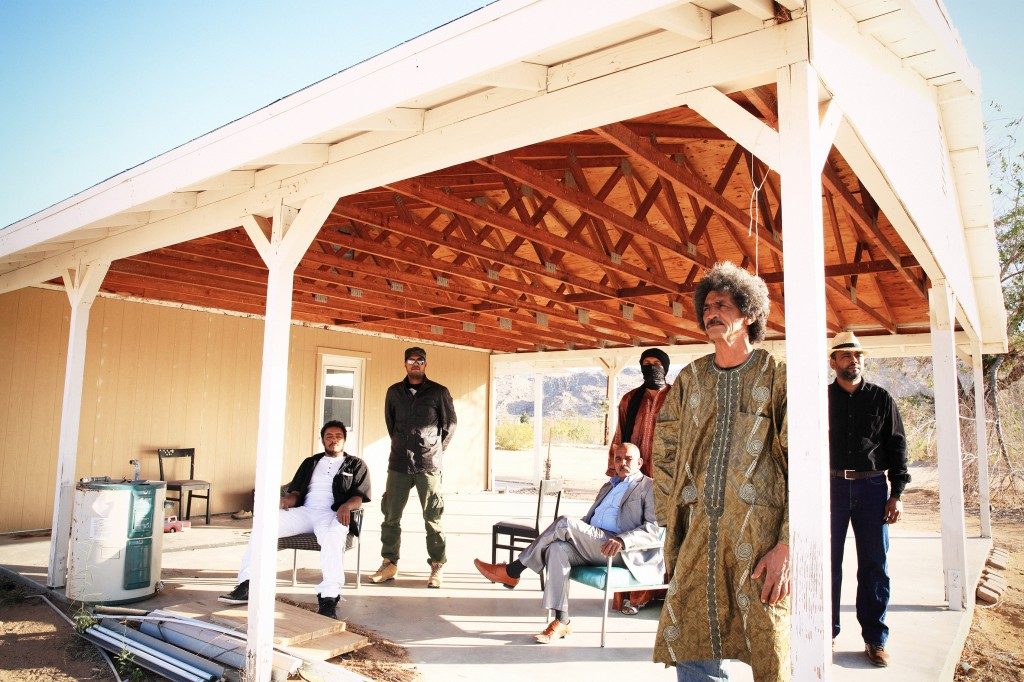 Tinariwen, an ensemble from the Sarahan desert of Mali (coming to Old Town School of Folk Music, 4544 North Lincoln, August 26, 8pm, $38/$36 members), is the Tuareg band upon which we measure all the rest, because it’s desert blues at its finest. The group’s first performance in Chicago was in 2004 at the Chicago Cultural Center and they have been back several times. (One unforgettable night in 2011, after growling unhappily at Metro’s staff for putting me in second-floor handicapped seating far from the stage because I was on a crutch, I serendipitously ended up dancing with the Tuareg ladies who were part of the tour—the stage door opens upstairs to a reserved seating area!) Their style of music is considered to be the roots of the American blues; it’s trance-inducing, and as expansive as the desert, with band members trading electric-guitar riffs like heat shimmering on the horizon. The simple rhythms are reminiscent of camels walking in the sand for hundreds of miles. Lyrics speak of sadness and rebellion, as these nomadic people have endured civil unrest and war in their homeland for many years. However, the same night I was happily grooving on a crutch with the lovely ladies in long robes, my companion—a jazz drummer—was critical of what he called repetitive rhythm and thought the graceful, languorous movement of the dancers wasn’t much. I reminded him of the Saharan heat and said I didn’t think it would be the place for break-dancing. Personally I’ve never been disappointed by Tinariwen.

More and more electronica, global bass, samples, beats and hip-hop invades “traditional” music of the world, like the Asian carp in Lake Michigan. And like the carp, it’s jumping right into our boat. At first I wasn’t having any of it; I prefer live shows with musicians playing traditional instruments. But even a stubborn lady like me can end up melting at some of the sounds coming out of laptops lately.

This summer I saw Peru’s Novalima; Colombia’s Systema Solar, Bomba Estereo and Ondatropica; and London and Malawi’s The Very Best, all playing guitars, percussion and keyboards alongside laptops. Sound Culture’s David Chavez (or should we say DCASE’s new programmer David Chavez—or Future Rootz Radio Collective’s David Chavez? He’s a busy guy with many hats!) who booked these bands for Celebrate Clark Street and Downtown Sound, has a taste for popular, edgier music mixing traditional and electronic. Several months ago he told me that he hoped to turn on the curiosity of younger listeners to authentic traditional music from around the world by adding mixes to world music. It seems he’s not the only one thinking that way; Peter Gabriel’s Real World Records is having a remix contest for a new album release of authentic Colombian music by Totó La Momposina, a legendary Colombian singer keeping its coastal music alive. 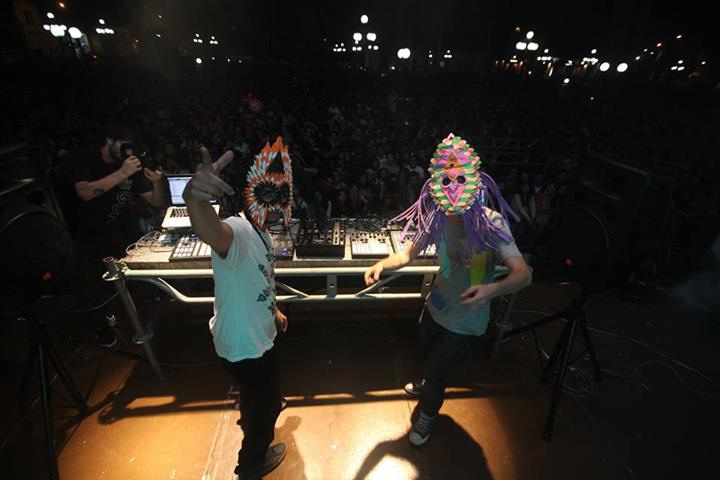 So while my musical soles (ah, those dancing feet!) continue to love bands like Colombia’s Champeta band Tribu Baharu and Los Gaiteros de San Jacinto, on occasion there will be mention of the invasive species in Global Sounds. This month it’s the intriguing Peruvian duo Dengue Dengue Dengue (August 14 at Double Door, 1551 North Damen, 8pm; $10/$5 DOS/$20 VIP). With their electronic psychedelia and audio-visual panoramas, they’re part of the “neon tropical bass” popular in South America. If you’re traditional you won’t go for this, but for a younger crowd, this is a way to get your cumbia groove electronically for $10. Also circle calendars for the monthly CumbiaSazo global and tropical bass party at Double Door every third Saturday (8pm, $10/$15 DOS/$20 VIP). Organizer David Itzi Nallah is quite a phenomenon, bringing together a plethora of people and music. He usually programs a live music band (not always cumbia) with several notable DJs (both local and out of town) as well as live artists and more. On August 22, the live band is Los Vicios de Papa, a local, socially conscious eight-member band with roots in Latin ska and reggae. The guest DJ, Omulu from Rio de Janeiro, experiments with Brazilian regional rhythms from funk to technobrega and atabaque (which hails from the Afro-Brazilian religion Candomblé).