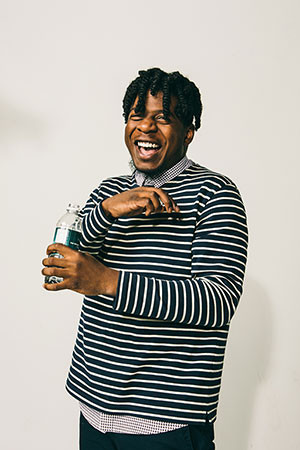 Chicago’s Mick Jenkins put on quite a show on a recent Friday night, but he didn’t rap a single verse. Instead, the Music Room at Soho House hosted a listening party with Jenkins and St. Louis painter Hayveyah McGowan, where they described the creative process behind Jenkins’ newest project, “Wave[s]” (release date August 21). With guidance from Fake Shore Drive’s Andrew Barber, Jenkins and McGowan delineated how their collaboration originated.

After spending a year and a half on his previous release,“The Water[s],” Jenkins didn’t feel like the concept project got enough traction from the public—despite its critical acclaim. So he put together this newest project more as a collection of compositions than a record with an “end-to-end” theme, and did so in a matter of months. But he still wanted a consistent artistic through-line, and Jenkins commissioned McGowan to create a large-scale painting inspired by each of the tracks, all of which were on exhibit at Soho House.

As Barber directed the conversation, Jenkins described his thoughts and emphases on each track; then McGowan recounted her painting process, and DJ Greensllime played a portion of each song. On the kickoff cut, “Alchemy,” Jenkins said that he was trying to turn the pencil “lead” of his writing into a “gold”-selling record, but Barber argued that “Your Love” has the strongest single potential and might be the track that cements Jenkins’ position on the hip-hop map; it swings a strong hook on the choruses and signals his new emphasis on singing. 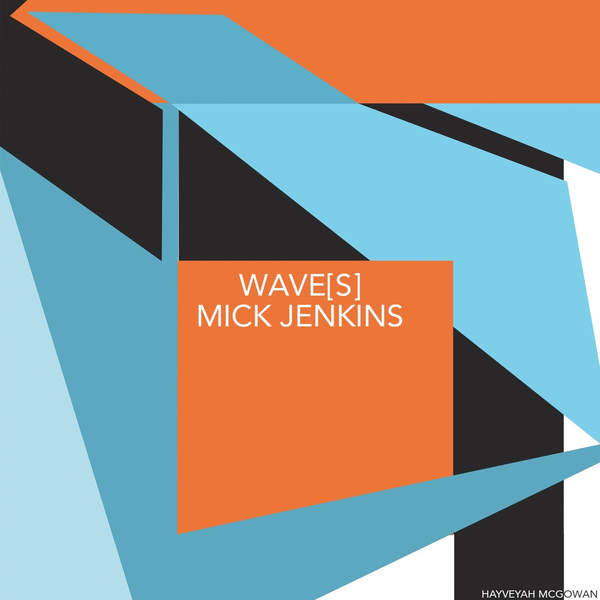 However, his rap is up to his usual stellar standards. On “Piano” and “The Giver” he nicely varies the tempos of his delivery from chorus to verse, and Jenkins’ verbal gymnastics are best exhibited on “P’s and Q’s” (accompanied by a characteristically creative music video, recommended by Barber and posted on the rapper’s website).

Despite the spotlight the paintings received, no plans have been announced for a physical release; but Jenkins indicated that prints of McGowan’s artwork will be on sale at his live performances, including a stop at Chicago’s Metro on October 8. (Craig Bechtel)