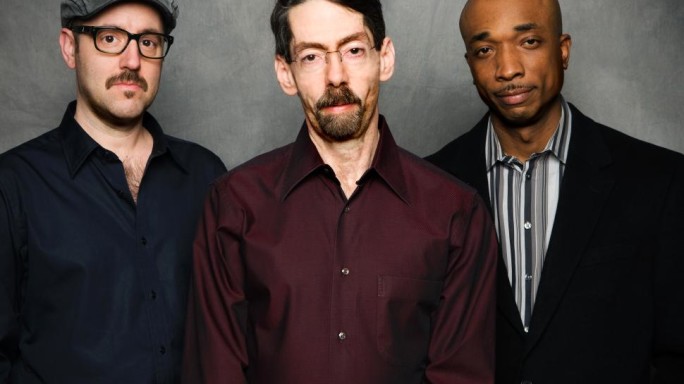 Jazz Fest ambles into town the first weekend of September, and as usual there’s a sense of having waited for the larger and noisier summer festivals to yield the lakefront in exhaustion, so that the grownups can move in and get down to the serious business of making serious music. Among the many highlights will be Friday’s appearance by composer/pianist Fred Hersch, whose latest CD release is a solo outing (entitled, rather unenterprisingly, “Solo”) that’s garnering ecstatic reviews from the cognoscenti. But for Jazz Fest he’ll be heading up his trio, which includes bassist John Hebert and drummer Eric McPherson. All three men are adept at matching rhythmic audacity with breathtaking harmonic wizardry; at their most inventive, you might trance out and imagine you see them with an extra set of arms, like the god Shiva or something. Though their sparer arrangements manage to be equally ample; few pianists give as much voice to the resonance of the instrument’s interior as Hersch—though the natural ambient noise surrounding the Pritzker Pavilion might swallow up such delicacies. But seeing Hersch beneath a star-flecked night sky should be ample recompense for any sonic shortcomings. Immediately following Hersch’s set is a centennial celebration of composer Billy Strayhorn (who wrote, among other immortal standards, “Take the A Train” and “Lush Life”), with Jeff Lindberg’s Chicago Jazz Orchestra featuring arrangements by John Hollenbeck, Steven Bernstein, Gordon Godwin and Ed Wilkerson. Strayhorn was gay; so is Hersch; and while I’m sure their pairing on the program is no more than a fluke, it does make for that rarest of occasions: a big gay night at Jazz Fest. This particular critic will be there, doing his humble bit to make it just that much more so. (Robert Rodi)