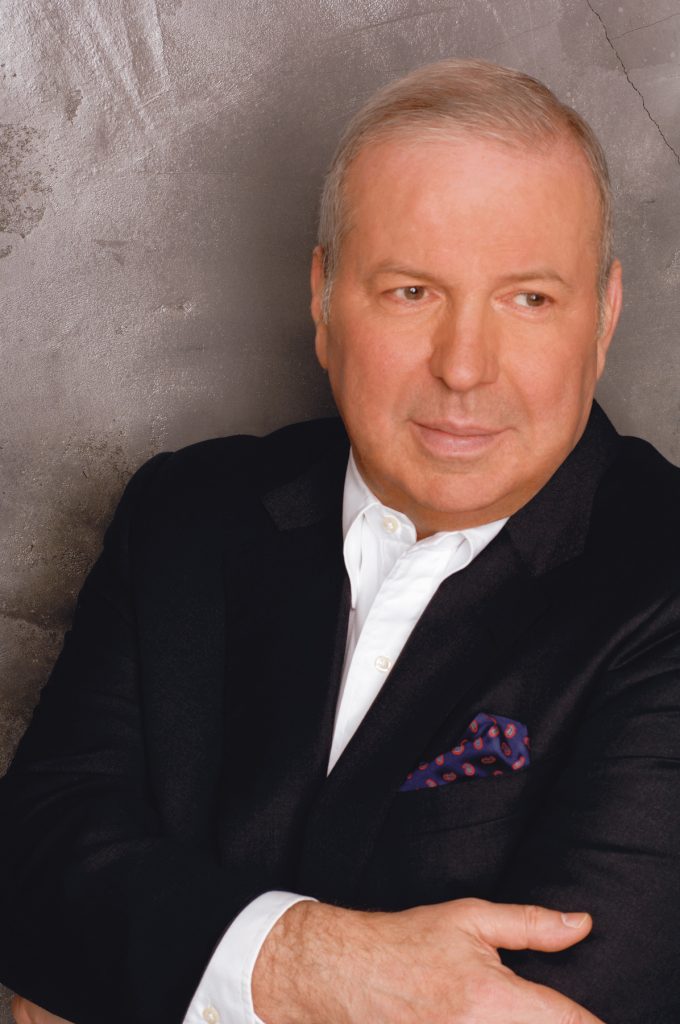 “There is a lot of traffic out there in this kind of show for this year,” admits Frank Sinatra Jr. on the myriad of Sinatra salutes happening throughout 2015, the centennial of his father’s birth. “Many, many people have taken it upon themselves to do this kind of thing. They can, of course, recreate the music. But because this is the one-hundredth anniversary, I felt it was very important that people also learn something about the individual.

“We’re no longer talking about a man who is a famous performer, a famous movie star. Now we’re talking about somebody who is being time-honored with a century of recognition. For that reason, I think it’s time to know that person. We already know his accomplishments, now let’s concentrate on the person.”

From the beginning of his own career some fifty years ago, Frank Jr. always performed “at least a song or two of Sinatra,” as he calls the public figure, “but I worked hard to have my own identity.”

Yet Frank Jr. put his own singing career on hiatus after his father asked him to conduct for him, during the last years he was performing in the late eighties and into the mid-nineties—only to re-emerge as a singer, touring and recording with his father’s band after the elder Sinatra retired in 1994.

“I’ve been doing Sinatra music for many, many years, of course. But this is the first time that the show has gone audio-visual. Any kind of a tribute to somebody who made a lot of music popular would of course contain the music made popular. That’s a given. But we’re also dealing with a life, not just a career. We deal with the man, not just the music.”

Frank Jr. has spent two years creating the show, which involved a lot of research. “The concerted effort was compiling the data because we go right back to the beginning. Where did he come from? What was the cause? What was the construction of this vehicle? There are moments that are very pleasant, which many people seem to know about. There are moments which are endearing, family pictures and the like. There are moments which are very funny. And then there are a couple of points in the show which are not very pleasant, and a couple of them that are downright terrifying. We are not doing press agentry in my show. We are telling the story of a man’s life.” 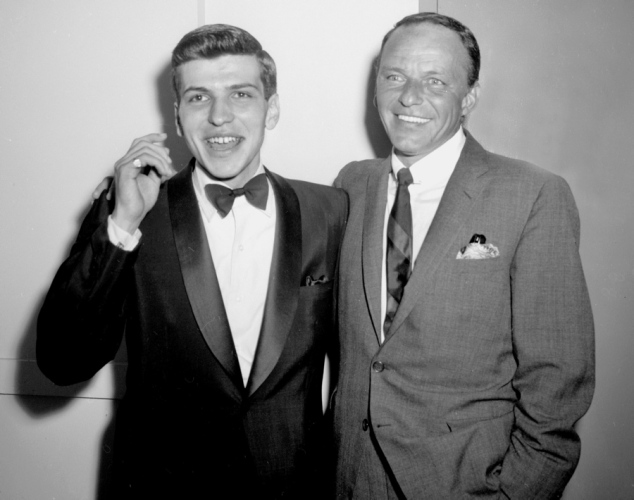 And the Sinatra story, Frank Jr. insists, is one that people may think they know, but really don’t. “The music, we know. The legends, we know. All the famous stories: some of them positive, some of them very negative, they have been tried and retried, they have been exaggerated, stretched, augmented, blown out of proportion. Of a hundred particles, there might be five or six grains of truth. The rest of it is exaggeration, embellishment and out-out fabrication depending upon whether or not the person creating the particles was a friend and admirer of the subject or an enemy and a detractor of the subject.

“Fluff and puff and floral-decorated positive nonsense is sickening, and is like trying to eat a dessert with ten times as much sugar as necessary. On the other hand, when it’s all negative, that is yellow journalism, which is just as disgusting, in my book. The word here is truth and this is what we’re striving for. Sometimes, it isn’t very pleasant. We have embraced the legends and we have lost the man. That’s what I’m trying to correct in this show.”

When it comes to Sinatra’s artistry, Frank Jr. describes his father as “the singer’s singer and the ultimate teacher. All of the other singers would go and see him not just to hear him, but to take a lesson. Myself included.

“And yet, not everything he did was my favorite, by any means. There were many songs and records that I never did like. I still don’t. I don’t know if there is anybody from whom you draw product, whether at the grocery store or in the music world, who delivers to you everything that you like every time. I think such a thing is impossible.”

In the end, what is Sinatra’s ultimate significance as far as Frank Jr. is concerned?

“I’m afraid I have to leave that answer to you. I cannot answer that question because I don’t believe you are talking to a non-biased and emotionally uninvolved person who would not be subjective with such an answer. Better you should talk to that ubiquitous person, the man on the street. I am not the person to ask.