I decided to write my fall music preview as the lead sheet to an original tune in the style of Charlie Parker. Parker was an amazing composer and performer, of course; but he was also generous and gregarious, which I feel could equally well be said about the musicians who make the Chicago scene so special. 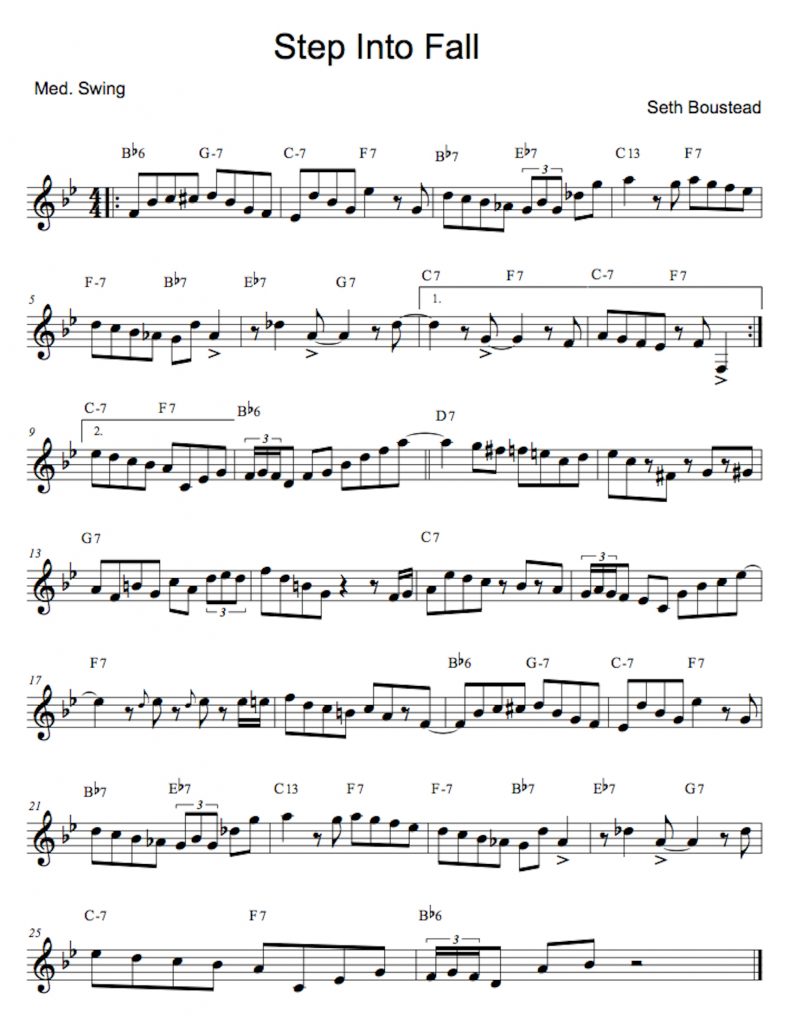 For the more verbally-oriented among you, however, here are my picks for essential fall music events.

Ellen McSweeney and Sam Scranton Present MIMIC
Chicago label Parlour Tapes + presents the violinist/writer and composer/percussionist in a collaborative piece that is a kind of mash-up of music as ancient ritual with futuristic philosophical spirituality.
September 10, 7:30pm at Comfort Station, 2579 North Milwaukee.

The Claudettes, “No Hotel”
It’s a tough thing to admit as a longtime Chicagoan, but I’m not generally a fan of the blues. Fortunately the hard-driving, at times violently so, style of pianist Johnny Iguana and drummer Michael Caskey is not your typical Chicago blues sound. They’ll hit the Hideout to celebrate their latest release, “No Hotel.”
September 11, 9pm at The Hideout, 1354 West Wabansia. $10, 21+.

Afterword, An Opera
One of the mainstays of the great Association for the Advancement of Creative Musicians, George Lewis, has written an opera celebrating the organization’s fifty-year history and will perform it two nights only on stage at the MCA alongside musicians from the AACM and the renowned International Contemporary Ensemble.
October 16 and 17, 7:30pm, Museum of Contemporary Art, 220 East Chicago. $30.

Brian O’Hern and the Model Citizens Big Band
Do you like your big band music smoking hot, played by the best jazz musicians in Chicago and tinged with a generous helping of the bizarre?  Then you’ll love pianist/composer/bandleader Brian O’Hern’s group the Model Citizens, who have been holding court at the Gallery Cabaret every third Monday for years. It’s always a great show, but the Halloween show is especially fun.
October 19, 10:30pm at Gallery Cabaret, 2020 North Oakley.

Seth Boustead is a composer, arts manager and writer and concert producer whose over the past dozen years forged a highly personal musical identity through a prolific outpouring of works in every conceivable genre. His orchestra piece “This Point Forward” was a finalist for the American Prize in 2012. He also hosts the radio show “Relevant Tones” on WFMT, and seeks to revolutionize how and where classical music is performed and how it is perceived by the general public.