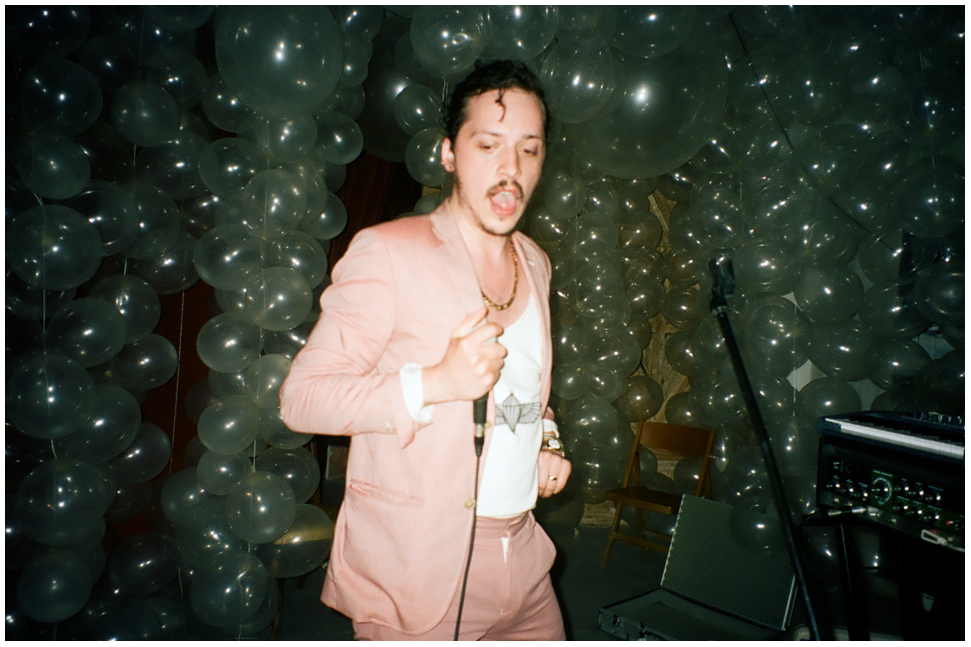 One of the problems that comes with being a music critic of a certain age, is that when a young twenty-something artist starts impressing you with similarities to seventies-era acts like The Beatles, David Bowie and T. Rex, you can’t be sure whether it’s because those acts are still that influential, or whether they’re just still influencing you. But after getting deeper into Slim Twig’s new album, “Thank You For Stickin’ With Twig,” it’s pretty clear that the former is the case. Hell, one of his tunes, “A Woman’s Touch,” is actually about The Beatles—or rather, about the role (decisive yet disrespected) of the mop-tops’ women in their success. “The wives became the enemies,” Twig sings, “Of screaming fans who never ceased / While holed up down at Abbey Road / The boys were baring rubber souls / So who wrote the songs? / Who dressed the men? / How did they know what to do then? / It’s the only story told.” The sound recalls the deliberately low-fi, analogue sonics of the Fab Four’s later years, but that feminist angle turns the tune straight-up postmillennial. Likewise, “Fog of Sex (N.S.I.S.)” is a gender-bending anthem you can easily imagine Bowie or Marc Bolan wailing back in the day—but not in their strutting, transgressive manner; no, this tune’s an actual, nuanced lament about the difficulties of sexual noncomformity. “Gender please / Standardized questionnaire fee / Simply mark which one you are / Yet no option applies to me / The world is more fluid / Than it’s ever been / Still they don’t see / There are no questions without answers / There’s no single clarity / There’s never gonna be / Nothing’s set in stone.” The whole album—from which I’m sure Twig will sample liberally when he hits the Empty Bottle stage—is remarkably cohesive, given that it’s a collection of previously released one-offs and EPs; the songwriting and guitar-playing are especially impressive throughout. (The gorgeous bridge to “Fadeout Killer” has been my ear worm all week.) Twig also has no illusions about the debt he owes his forebears… or the limitations it places on him. In “Live In, Live On Your Era” he sings, “Snapped a 45 clean in half / This ain’t the time to be cribbing in class / One’s own voice is a great deal rarer / With that in mind, start living out your era.” If there’s any justice, this will be Slim Twig’s era. Also on the bill: Mayor Daley. (Robert Rodi)