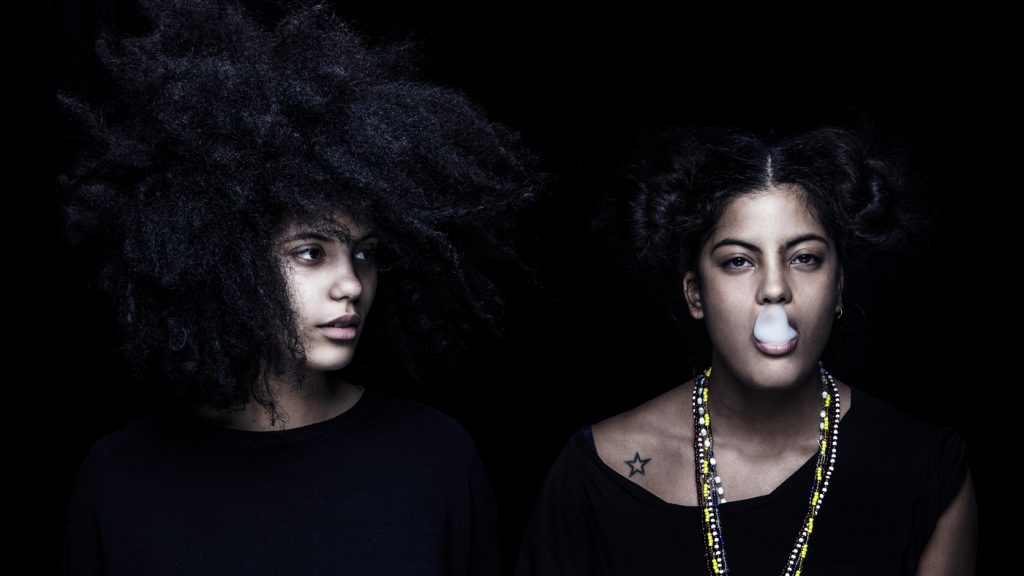 Chicago is blessed with the return of global sensations Ibeyi (pronounced ee-bey-ee), for a second performance in one year. French-Cuban twins Lisa-Kaindé Diaz and Naomi Diaz, who sing in both Yoruba and English, are the daughters of late Cuban percussionist Miguel “Angá” Diaz of Irakere and Buena Vista Social Club fame. Angá died in 2006 when the twins were only eleven; tragedy stuck again in 2013 when they lost a sister, Yanira. They grew up mostly in Paris and credit their French-Venezuelan mother, a singer, with inspiring their love of West African Yoruba culture (brought to Cuba by slaves in the 1700s). Naomi plays percussion, mixing hip-hop and Afro-Cuban beats on the cajón and Batás, and handles production while Lisa, the primary vocalist, plays piano and concentrates on composition. Their music is modern with musical influences including electronica, hip-hop, jazz, soul and pop; but its deep roots both in rhythm and spirit of the ancient Yoruba religion and culture make it deeply evocative. Their family’s shared belief in Santeria, a widely practiced Afro-Cuban religion based on the worship of orishas (spirits that reflect manifestations of God) is evident in their songs like “River,” “Eleggua” and Oya.” In one interview Ibeyi refers to their music as “contemporary Negro spirituals.” I wasn’t able to see their first Chicago performance, but watching their videos and interviews I was immediately struck by the deep spiritual connection they have to their music. Ibeyi in Yoruba means “the divine spirit that exists between twins.” Twins are accorded special significance in Yoruba culture because of its high twin birth rate. (I intimately understand those invisible ties because I also had an identical twin sister.) Ibeyi’s music is sometimes called minimalist because of the spareness of its instrumentation, yet it’s rich beyond the sisters’ years in meaning. An air of sensual mystery, communion with spirits and ghosts pervades their vocals, even while contemporary rhythms drive it. Also on the bill: Vicktor Taiwò. (Gail Dee)

[…] and ghosts pervades their vocals, even while contemporary rhythms drive it.” See more at: https://music.newcity.com/2015/09/21/preview-ibeyithalia-hall/#sthash.TP46paDa.dpuf . Songline, NPR and several websites chose “Ibeyi” as one of 2015 BEST albums of the […]