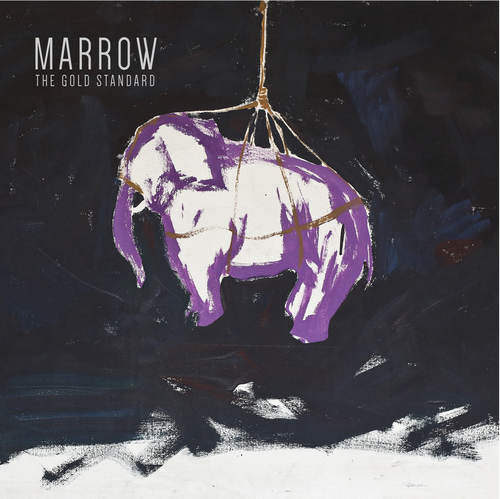 Marrow calls its new album “The Gold Standard,” which for sheer chutzpah just about jumps the shark; maybe it’s a surly old music-critic thing, but my knee-jerk reaction was, “I’ll be the judge of that, children.” But in fact I was won over; I wouldn’t quite call “The Gold Standard” the gold standard, but given the way the band seems intent on synthesizing the various genres of their callow youth into something entirely distinctive, they’re probably inventing some new kind of currency anyway. Singer-songwriters Macie Stewart (who plays keys) and Liam Kazar (guitar) are ably abetted by bassist Lane Beckstrom and drummer Matt Carroll. The album’s opener, “She Chose You,” is a pretty sweet introduction to the quartet; it’s jangly and infectious, one of those gorgeously up-tempo tunes about misery and heartache that are the hallmark of postwar pop. “Toll to train underwater / Selfish savage, try to dream her happy,” Kazar sings, with the kind of white-boy-catch-in-the-throat Kurt Cobain added to the rock singer’s repertoire, especially when he follows up by actually groaning, “Without you,” like he’d forgotten he was in the middle of a song or something. The lyrics are sharp and witty; “You’ll wake up slower ‘cause you still want her / Undress your shoulder and breathe like a smoker / Run away, dust to dust / Don’t pretend you’ve tried to remember.” A later tune, “Paulson,” starts out with the exact sound of 1985—it could be a hidden cut on a Siouxsie and the Banshees CD or something—and Stewart sings with a little gasping hiccup that’s pure girl-group. But when she delivers the line “I’m broken and battered, I knew nothing mattered / No time to take this slow,” she drags out the last phrase, and the tune itself grinds to a halt; and there’s a moment of utter silence before it leaps back in, racing to a climax and then slamming on the brakes, full stop. Exciting stuff. “Mother of Maladies” is another highlight; it’s got a sophisticated melody line and stunning lyrics (“Feel me velvet ivory and fallen trees / The sky is thick, mother of memories / Mother of maladies”). But the highlight for me is Stewart and Kazar’s harmony on the bridge, which weaves in and out with dizzying dissonance—entrancing. It also precedes a whole section of ravishing sonic tomfoolery. There’s much more to discover here—“Ocean of Glory,” for example, is an eight-and-a-half-minute folk-pop suite—but probably I should just shut up so you can go and download the goddamn thing, and hear for yourself.

“The Gold Standard” is available through the usual channels, and on Marrow’s website. 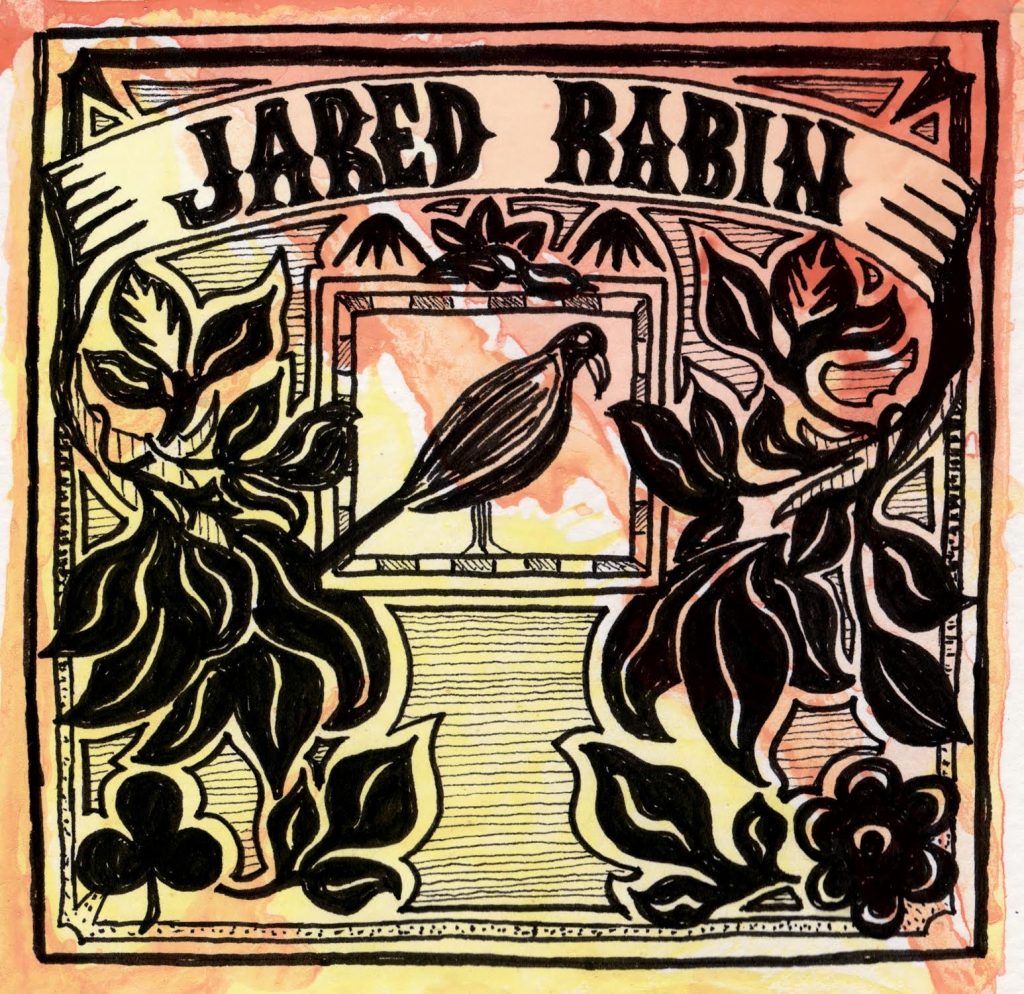 Jared Rabin is a singer-songwriter and multi-instrumentalist who seems to be almost the only creative presence on his new album, “Something Left to Say.” Even the frosting-thick harmonies slathered generously over the majority of his tunes are all Jared—his voice multi-tracked so tightly you couldn’t run a comb through them. Rabin is another young talent who’s completely unfazed by any considerations as prosaic as genre; here he ranges far afield, from the furious bluegrass plucking of “Nothing I Can Do” to the slicing, arena-rock chords that open “Ride the Wheel.” His vocals manage some serious latitude as well, from Simon-and-Garfunkel crooning on the title tune to Ben Folds-like cynicism on “A Memory Forever.” The one area where Rabin seems uncharacteristically hidebound is his lyrics, which seldom range beyond what you’d expect from whatever genre mine he’s working at the moment. Even so, he occasionally manages a lovely or striking image, as witness: “I never knew what happened to old Sarah Jane / She left after the show one night and I never saw her again / I can’t forget the way she pushed me up against the car / As the summer sky above filled up with stars.” And the sheer conversational tone he takes can seem refreshingly preferable to the poetic: “Everything I’m seeing is coming through in gray / I feel a change is coming; a change could be OK.” Anyway, his musical ideas are more than enough to take up the slack; the album is full of welcome surprises. “I Remember Last December” starts out as a standard vocals-and-guitar country elegy, but then a full orchestra—and a goddamn harmonica to boot—bleed in just before the bridge, adding all kinds of colors and textures you weren’t prepared for, and materially changing the entire tune. Ditto the blitzkrieg bluegrass number, “Nothing I Can Do,” which switches from double-time to straight time halfway through the bridge, which is so unexpected and theatrical a move that it brings you up short; depending on how deeply into the tune you are, you might lurch right out of your chair. Possibly my favorite tune is “Eight Trips Around the Sun,” an infectious, uptempo country-pop anthem, with a dazzling bridge where Rabin’s harmonies gleam like a diamond. It also features one of his most winning turns of phrase: “My friend how far we’ve come / Eight trips around the sun”—a purely poetic way of saying eight years. “Something Left to Say” is unarguable evidence that Jared Rabin has plenty left to say. Whatever it is, he’s got my ear.

“Something Left to Say” is available through the usual channels, and on Jared Rabin’s website.