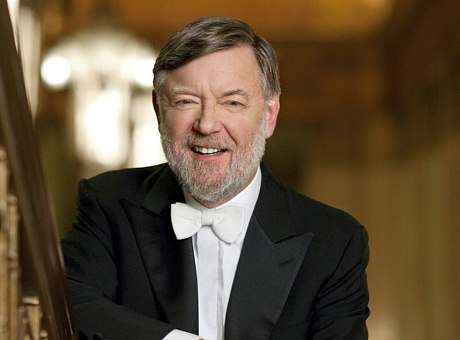 “The thing about me is that I haven’t had a lot of jobs,” admits Lyric Opera music director Sir Andrew Davis, “but the ones I’ve had, I’ve had for a long time: twelve years in Glyndebourne, seventy-five to eighty-eight in Toronto; the BBC Symphony from eighty-nine to 2000; Chicago since 2000, and now Melbourne since 2013.” Only Glyndebourne and Chicago have been opera-related, the others—including Davis’ most recent post as principal conductor of the Melbourne Symphony Orchestra—are orchestral posts.

One fringe benefit of Davis spending so much time in Chicago is that he does get the occasional opportunity to conduct non-operatic repertoire, as he will do this week with superstar Russian pianist Evgeny Kissin and the Chicago Symphony Orchestra at a special gala concert.

“I love working with the [Chicago] Symphony. Kissin is rather fussy about conductors and he likes working with me. I did all of the Beethoven concertos with Kissin and the CSO about five or six years ago, all in a week. The first time we worked together was the last year I was with the BBC and we did the Rachmaninoff Two. He did everything that should happen in that concerto but rarely does. Rachmaninoff is extraordinarily complex and contrapuntal but a lot of times people just put down their pedal and it’s a big mush. There was a clarity with him which makes it so much more moving and emotionally much more complex.”

The showpiece on the current Kissin/Davis/CSO program is the Tchaikovsky First Piano Concerto, but there will also be music of Stravinsky and Bach. “Since Stravinsky based ‘Le baiser de la fée’ on piano music of Tchaikovsky, it fits. And I thought, since we’re getting Stravinsky’s take on Tchaikovsky, why not open with my take on Bach’s Passacaglia and Fugue in C minor?”

If Davis conducting his own orchestration of a Bach organ piece seems unusual—“It’s more Stravinsky than Stokowski”—Davis was an organist before he became a conductor. “I was always a pianist and I sang in the local church choir. My voice broke, and the organist happened to leave at the same time, so the director said to me, ‘Would you be my organist?’ ” 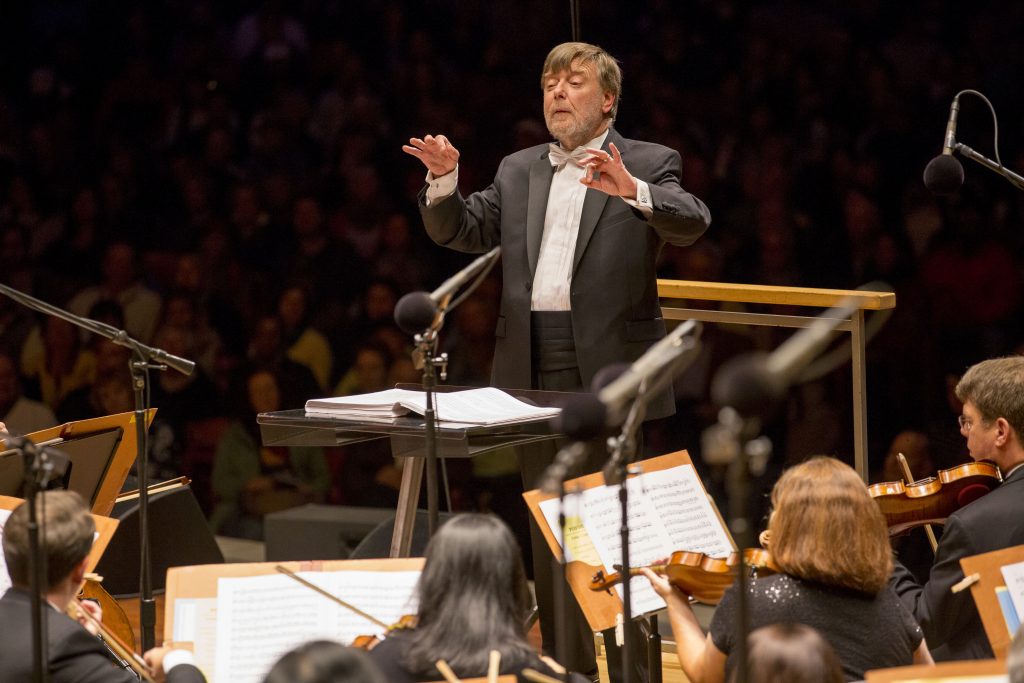 After heading to King’s College, Cambridge, Davis “studied and sang six days a week in chapel for four years under Sir David Willcocks. It seemed logical that church music would be where I would end up, but I started conducting when I was at Cambridge sort of by accident, the same way I started playing the organ, by accident. A friend of mine was putting together a concert and he had some high divertimento that was too high to do without a conductor, so he asked me to conduct it. And I thought, ‘Oh, I like this.’”

Before long, Willcocks came to Davis and asked him to be the assistant conductor of the orchestra. “He said, ‘Andrew, I would like you to conduct one piece, the Schoenberg Five Pieces for Orchestra.’ I said, ‘Okay.’ Indeed, that was the first orchestral piece I ever conducted, which I didn’t realize was difficult.”

Willcocks passed away last month at the age of ninety-five, a deep personal loss for Davis. “There was never any sense that his standards were ever compromised. Always, everything had to be right, every day of the week. There was no sense of ‘Let that go.’ Never. At choir practice, I played a wrong note or a wrong chord somewhere and I went to him afterwards and said, ‘David, I’m terribly sorry.’ ‘Don’t worry, Andrew: we all make mistakes… once.’ Only the best was acceptable. That made quite an impression on anyone who worked with him. I learned lots of other things from other people, but that sort of rigorous standard that you set for yourself is something that came from him.”

Another mentor for Davis was Sir John Pritchard. “I went to Glyndebourne to assist him on Strauss’ ‘Capriccio,’ he was very good to me. He gave me two performances to conduct, so that was the first opera I ever conducted. And I still know it better than any other. If somebody said, ‘Go and conduct “Capriccio” in ten minutes, I wouldn’t even have to think about it, I knew it so well.”

Davis’ latest challenge is leading the Melbourne Symphony Orchestra, still a relatively new post for him which excites him greatly. “I went there in 2009, and have been back every year except one. I ended up helping fill in when a conductor that wasn’t successful left prematurely and they kept saying, ‘You’d be wonderful.’ I said, ‘I love the orchestra, thanks: but it’s Melbourne!’ Every time I went back I was more and more impressed and had this great relationship with the orchestra. Those things are not always predictable. I was suddenly at a point where being in charge of a symphony orchestra was overdue for me and I thought, ‘Well, Australia, so bloody what? Does it matter?’ Yes, it’s far, but Australia is an amazing place and culturally, Melbourne is a jewel and Chandos, the label I have been recording for since 2009, is even recording there.” Indeed, Davis has released some twenty recordings on Chandos, including impressive new discs of Berlioz and Ives recorded in Melbourne.

Meanwhile, back at Lyric, Davis opened Rossini’s “Cinderella” earlier in the month and will open Berg’s “Wozzeck” on November 1. Both are first-time works for Davis (“I like doing new things”), who will also open Lehár’s “The Merry Widow” on November 14 and the world premiere of Jimmy López’s “Bel Canto” on December 7.

“I must say that I’m very contented with my life. I think the mixture of things that I do is a perfect balance. I have these two jobs that I love and I go back to all the places I’ve had associations with every year.”