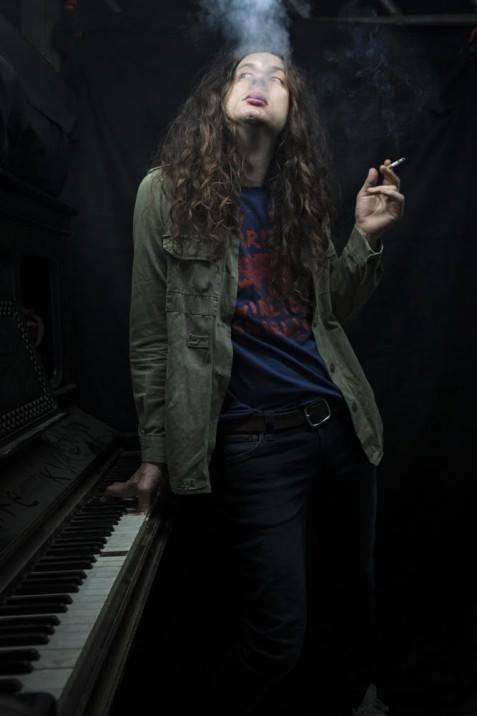 Kurt Vile takes his time. His last two Chicago concerts were Pitchfork’s rain-shortened fifteen-minute endeavor, and Riot Fest’s insane thirty-minute time slot. But KV still locked into his lazy, shimmery, stoner groove for seven minutes; if it was going to be a three- or four-song set, at least each song would have the chance to fully inhale, hold and exhale. Kurt Vile also likes to repeat himself, lyrically, harmonically and thematically. For his new album “b’lieve i’m Goin’ down,” Kurt turns on his own language; phrases like, “I woke up this morning (and) didn’t recognize the man in the mirror,” “give it some time” and (on the pre-release single) “believe I’m going down” are drawled repetitively, but—like stories told by disoriented people—as if being communicated for the first time. Each repetition is altered, as if the words or riffs are being played entirely anew, or for a new purpose. Repetition is a way of getting through the haze so the receiver of the communication gets some perspective of a point. Whatever your sense of orientation (dis, mis or otherwise), Kurt’s songs alternate between remarkably simple Dylan/Young-esque freak-folk finger-picking (with the new addition of banjo, piano and organ) with chimey, hazy, ethereal guitar swirls (he seems to have bequeathed the Springsteen influence to his old comrades at The War On Drugs) that meander, but ultimately seem to be moving toward an indeterminate and not necessary welcome destination. Kurt’s lyrics peer at, and doubt, himself, others, his music and life in a dark and reflective fashion. Yet Kurt does this kind of self-observation in a mellow, detached fashion. Sometimes he does not know who is at his mirror, brushing his teeth and blocking his sink; he loses his head, takes too many pills to chillax—things many of us can relate to. So if you believe life and music is about the journey, stick out your thumb and hitch with KV; who knows where you’ll go but you will enjoy the ride. Kurt Vile and the Violators will be playing with Waxahatchee (so get there early) and Luke Roberts. And thankfully, he should be playing full sets! (Bart A. Lazar)