One of the features we associate most closely with Eastern music is melismatic singing and playing—i.e., running a sequence of notes during a single syllable. Granted, this is a hallmark of Western music as well; it’s standard in both baroque opera and American R&B. (It’s also been pushed to absurd extremes by the current trend of “oversouling,” practiced by pop singers who can’t sing a single phrase without sprinting up and down the scale like maniacs.) But Eastern Europeans do it differently; there, melisma doesn’t involve a run of notes over a syllable, but a continual bending and reshaping of a single note, to incantatory effect. It’s how you instantly recognize Arab and Turkish music; but it’s a big part of Greek music as well—the Greeks having picked it up during their centuries of Ottoman rule. The difference is chiefly that where Arab and Turkish melisma has a spiritual quality, the Greeks are best at using it to convey earthiness and sexuality.

This month, the Harris Theater hosts a memorable night featuring three singers who have been labeled “the Holy Trinity of Greek music”: Glykeria, Eleni Vitali and George Dalaras. Each is a virtuoso handler of the more sophisticated, relaxed Greek melisma that evokes the pleasures and pains of the material world. Eleni Vitali’s voice has always been a rich mezzo; Glykeria’s started out lighter and more bell-like. Over the decades, both instruments have deepened, not only in tone but in expressiveness; and while each singer might now be considered a contralto, hearing them together accentuates their differences more than their similarities—Glykeria’s attractive rasp suggesting hard-won experience, Vitali’s more burnished tones exuding wry self-awareness. Dalaras, who scarcely seems to age, can still pull off an impassioned love song like he did as a willowy youth; the ache in his voice is unmistakable (you may not understand what he’s singing, but you damn well know what he wants). Throw in some bouzoukis and souravlis, and you’ve got a ravishing sound world that’s just on the edge of our own.

Having these three legends on one stage is something of a coup, and the ticket prices reflect that; but Chicago’s large Greek community will be more than willing to pony up. You should grab the leftover seats while you can, because this is pretty sure to be a once-in-a-lifetime experience. 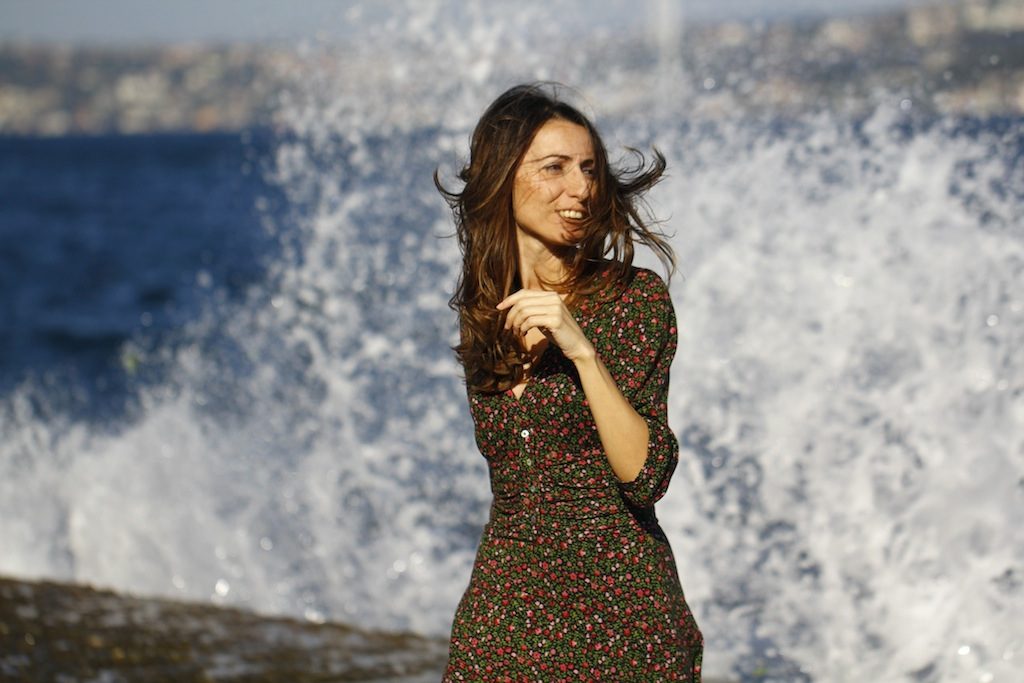 For an illustration of my point that Greek melisma hews worldly, while the Turkish version that influenced it suggests the spiritual, just give a listen to Aysenur Kolivar, a young Turkish singer who mounts the Old Town School of Folk Music stage just one night after the Greek gods’ summit. Kolivar’s voice has the kind of high, ethereal pitch that immediately whisks you across the longitudes to the rarefied air of the Balkans. By comparison to the urbane, easygoing Greeks, her melisma is bright and energetic, and she ends each phrase with a little euphoric hiccough. I have no idea what she’s singing about, but there’s such fervency to it—even in her ballads—that I can’t help hearing a kind of religious rapture.

I call her a young singer, but in fact Kolivar has been on the scene since 1993, when she came to prominence as a vocalist with Kardes Türküler, a trailblazing ethnic combo in Istanbul. In the intervening years she’s collaborated with a number of elder statesmen of Turkish music; in fact she can probably now consider herself something of an elder stateswoman. But the sheer piercing purity of her singing is—well, maybe not youthful in the sense of mere years; but rejuvenating. There’s a redemptive quality to it. In the west, the phrase “choir of angels” brings to mind the sweet and slightly soporific harmonies you get in, say, Felix Mendelssohn, or Enya; but for me—should I eventually prove worthy—the celestial choir will sound more like this: penetrating, dissonant and bursting with its own ecstatic energy.