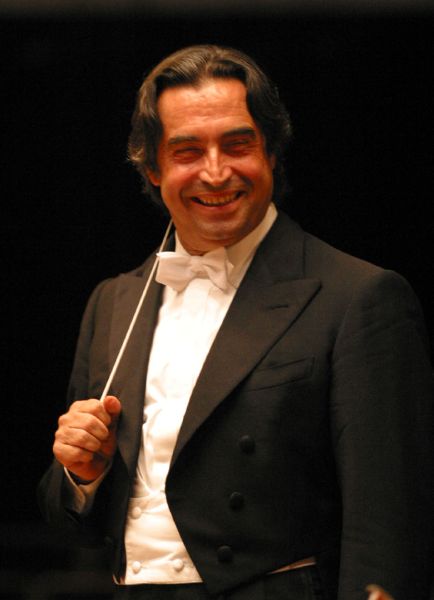 Chicago Symphony Orchestra music director Riccardo Muti is making a rare December appearance this week with the CSO. The Italian-born conductor usually conducts quarterly residencies, but this year has added a fifth residency close to the holidays. This has never happened before as Muti is usually back home in his native Italy at this time of year, but is reflective of how increasingly “at home” Muti feels in Chicago.

During the Sir Georg Solti era of the CSO, the Hungarian-born conductor, who made his home in London, spent so little time here that he was known as an “absentee landlord.” Daniel Barenboim notoriously flew out of Chicago the same night he conducted his final concert as music director in 2006. Muti, however, seems to relish his time here. “When I go back to Italy, my wife asks me, ‘What have you been doing in Chicago?’ ” admits Muti. “And I tell her, ‘Having fun.’ ”

Why only a single program across a single week? “Because someone was asked to come here—I would rather not say who—who really should not be conducting here,” Muti explains. “This orchestra should only have the best, and this was not the best. I was asked, ‘Who can we get to take a one-week program in December with so little notice?’ I said, ‘I will come. With pleasure.’ ”

The program includes music of Beethoven and Prokofiev but also afforded the opportunity to program an unexpected grand finale to the Scriabin cycle that Muti has been conducting throughout 2015, the centennial of the Russian composer’s death. Pianist Kirill Gerstein and the Chicago Symphony Chorus will also be featured. “The Chicago Symphony gave the American premiere of ‘Prometheus, the Poem of Fire’ a century ago,” says Muti. “It is music of another world.” (Dennis Polkow)

[…] in Chicago a couple of weeks ago, due to some problems surrounding a guest conductor for CSO (https://music.newcity.com/2015/12/03/muti-to-make-rare-december-appearance-with-cso/), so it was obvious that I had to go see him during reading period. Plus, he was conducing […]