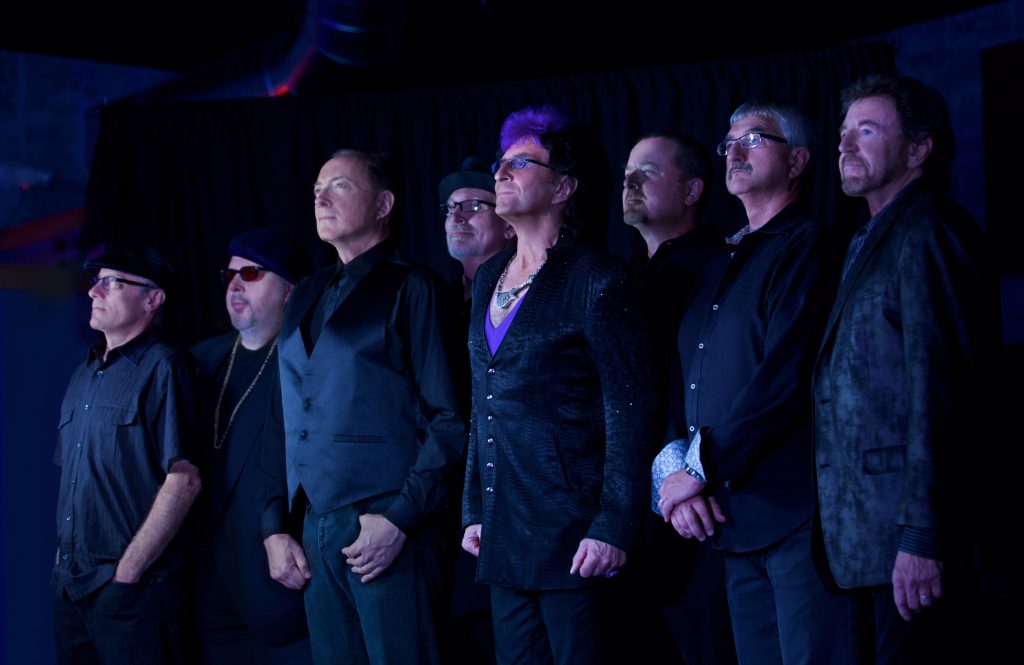 “There is something lacking in a lot of current Christmas music,” admits legendary Chicago singer-songwriter-guitarist Jim Peterik. “A simple thing called spirituality. When it’s only about mistletoe and eggnog, it kind of misses the point. I don’t mind fun Christmas songs, believe me, but there also has to be some substance.”

And what is the meaning of Christmas for Peterik? “I always feel like there’s a bigger picture here—whether you call it God or the spirit, it’s a higher power. That’s really what my songs are based on. I’m Catholic, I believe in Jesus and of course, Christmas is very much about Jesus. But there is also the bigger spiritual picture of where it all starts and that’s the universal power. Some of the songs are about the Christ child, but more often than not, it’s talking about the inspiration that you can get by just closing your eyes and feeling the spirit.”

The irony of “The Meaning of Christmas” is that it is being released remarkably close to, well, Christmas. “We have our annual Christmas show on the eighteenth,” says Peterik, “and we are cutting it dangerously close because we want to have it for sale at that show, perhaps a bit earlier on our website. I have one track I need to finish mixing. You’re supposed to have a Christmas album out three months before Christmas, but hey, this is when it happened. It will hopefully have a long shelf life for a number of future seasons.”

Another Ides Christmas tradition is performing at Holy Name Cathedral on Christmas Eve. “We call that the happiest day of the year. This will be year ten of doing the six o’clock Mass with Monsignor Dan Mayall, who is like the Ides of March personal pastor. We always make the joke, ‘Gee, we really packed the place tonight.’ Oftentimes, Father Dan will weave lyrics to one of our Christmas songs into his homily. One time, he actually said, ‘Great God in heaven, you know He loves you [quoting “Vehicle”].’ It was hilarious.” 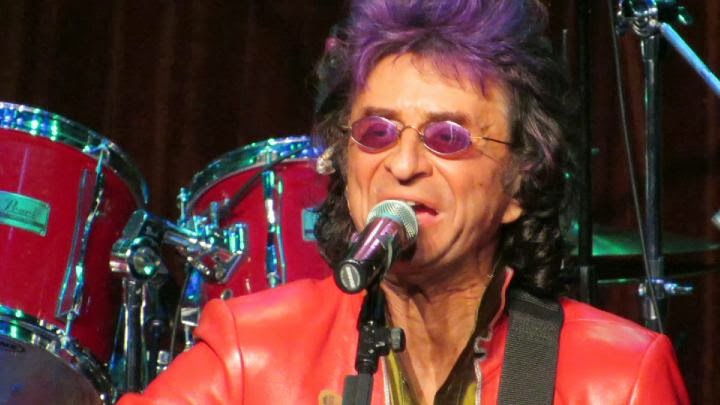 The Ides also have a special fiftieth anniversary box set out for the holidays called “Last Band Standing,” a reference to the incredible longevity that they have enjoyed with all four original members still in the band. “It’s a five-disc set, seventy-seven songs, that includes original masters of our singles from the Parrot catalog from 1966 to 1970, things from the two Warner Brothers albums and for the first time from the two RCA albums, which is the first time that stuff has been duped to digital. They had to bake the tapes and it really sounds great. And there is a DVD filmed at the House of Blues that also includes the hits of Jim Peterik apart from the Ides, such as .38 Special, and Survivor. And vintage seventies Ides television clips from variety shows of the era all collected in one place. It’s really fun.”

As if that weren’t enough, the Ides are the centerpiece of a new WTTW music special that premiered last week called “Cornerstones of Rock” that reunited classic Chicago bands of the sixties and seventies with live tour dates to follow in the spring.

“I still feel like the kid that was playing the high-school sock hops. There’s really no transition, it’s like a blink of an eye. When you’re around the Ides, you look around that stage and you just want to laugh, in a good way. I can’t believe we’re still doing this and we’re loving it as much as ever. It’s such a blessing. We never take it for granted.”

And yet, with the death of Survivor lead singer Jimi Jamison last year right on the heels of the release of Peterik’s autobiography “Through the Eye of the Tiger,” mortality and longevity became a curious paradox.

“I get a call saying, ‘What a shame about Jimi.’ ‘What are you talking about?’ And just then I get a call on my cell phone and it lit up, ‘Jimi Jamison.’ ‘Oh, he’s okay.’ So I get on the phone and it’s his daughter sobbing. She was on Jimi’s phone, that’s why it lit up with his name. She couldn’t even talk. They found him that morning. I think of him almost every day. Not only as the best singer I’ve ever had the pleasure of working with, but one of the most real guys. When I left Survivor in 1996, my biggest regret was that I wouldn’t be able to work with Jimi again. And sure enough, he later left the band and we worked on his solo record together.”

One of the most prolific songwriters in the industry—he even authored “Songwriting for Dummies”—Peterik admits he remains “driven” to write songs. “I’m writing every day,” he says. “My gift, if I have one, is to leave something behind in a good, positive way. I have no doubt that ‘Eye of the Tiger’ will outlive me by many, many decades. That’s a huge reward for me.” Peterik’s best song? “I haven’t written it yet. That’s my mindset. I just keep going.”