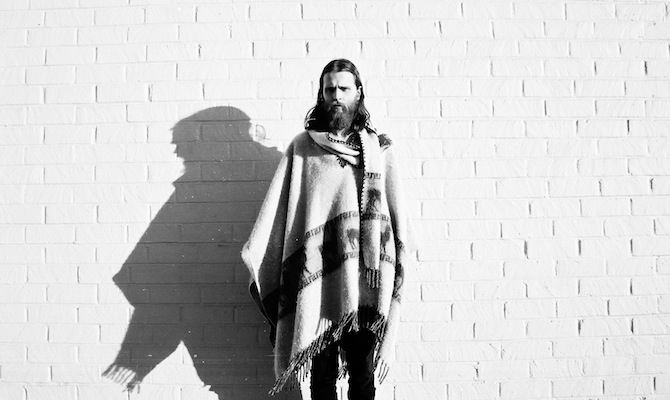 It’s that time of year again: the annual winter celebration of indie rock (and occasionally other genres) Tomorrow Never Knows, which takes place at Schubas, Lincoln Hall, Hideout and Metro on January 13-17. If you’re into indie, this is the event to tide you over into the summer festival season, and it’s a great opportunity to check out bands that are on the rise before they hit bigger stages. Here are my picks for bands to check out at TNK 2016.

Torres at Lincoln Hall
While other folks are opting for Wild Belle at the Metro, do yourself a favor and check out Nashville’s Torres (aka Mackenzie Scott), a wrenching singer-songwriter with an amazing voice and a talent for emotionally gutting storytelling that is reminiscent of PJ Harvey. In fact, Harvey collaborator Rob Ellis worked with Scott on her second album “Sprinter,” which dives deep into themes of depression, abandonment and co-dependence. Sounds dark, I know, but trust me, if you’re emotionally ready, it’s totally worth it. January 15, 9pm, 2424 North Lincoln, (773)525-2501. $15, 18+

The Go! Team at Lincoln Hall
Remember The Go! Team? There was a point in the early to mid-2000s (back in the “good old days” of blogger buzz bands) where you could not get away from them. Truth be told, I always thought the group’s chant-laden garage rock was a lot of fun, and their high-energy live shows were the stuff of legend. It’s been several years since the band has played the U.S., and they’re doing so now in support of their latest album “The Scene Between.” It’s a great time to catch up with them. January 16, 9pm, 2424 North Lincoln, (773)525-2501. $15, 18+

Metz/Bully at Metro
Canadian band Metz headlines a heavy Saturday-night show. Their latest album, “II,” is a brief and brutal marriage of hardcore and noise rock, and while the band isn’t reinventing the wheel, musically they’re good at what they do and have absolutely no interest in going pop in any way. Meanwhile, if for some reason you missed Bully the twenty times they hit Chicago last year, here’s a chance to check them out. (OK, I’m exaggerating about the frequency, but they did play both Pitchfork and Lollapalooza last summer, which I didn’t think was allowed.) Unabashedly nineties grunge-influenced, Bully’s debut album “Feels Like” is bolstered by singer Alicia Bognanno’s Cobain-like yelps and screams. This band seems to bring the Gen-Xers to the yard, but they are no nostalgia band; their songwriting is fresh and melodic as their performances are noisy. Slow Mass opens. January 16, 9pm, 3730 North Clark, (773)549-0203. $16, 18+

JMSN/Steven A. Clark at Lincoln Hall
Thanks to Frank Ocean, FKA Twigs and the like, so-called “alt R&B” has evolved from a burgeoning trend to a genre with the potential for real longevity. If you’re tired of waiting for Frank Ocean’s new album, singer-songwriter Steven A. Clark might be a good replacement for your moody R&B needs. Combining buttery vocals with layers of electro-pop, he creates the kind of introspective, tormented R&B that romantics at heart will fall in love with. Clark opens for Detroit’s JMSN, who has been incessantly compared to The Weeknd, though personally, I find his music quite a bit more interesting and boundary-pushing. Kinky Love opens. January 17, 9pm, 2424 North Lincoln, (773)525-2501. $15, 18+