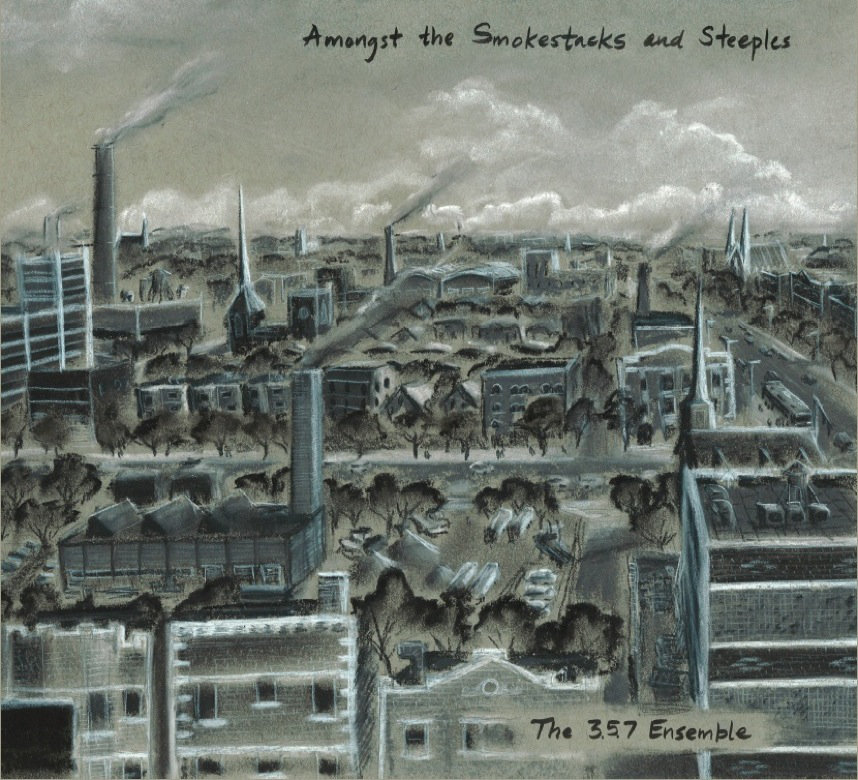 There isn’t much you can say definitively about The 3.5.7 Ensemble. Depending on the material it’s tackling, it ranges from a trio to a quintet to a septet (hence the name). And though it’s based in Chicago, it’s not entirely a Chicago band; a number of its members hail from farther afield. One thing you can say with reasonable confidence is that these guys are hella ambitious ambitious. This isn’t just a comment on their material, which covers a dizzying spectrum of styles and voices; it’s also a reflection of the fact that some years into the era of downloads and streaming, they’ve gone all 1990s and released not just a CD, but a double CD. When was the last time you set eyes on that brand o’ critter?

Fortunately, the program well supports the extra disc. All the pieces on “Amongst the Smokestacks and Steeples” are original (with the exception of the opener, “Dangurangu,” a Zimbabwean folk tune). Most are written by bassist Chris Dammann and tenor sax man Nick Anaya, but there are credits as well for guitarist Tim Stine and pianist Jim Baker, with improvised works credited to the entire ensemble (rounded out by James Davis on trumpet, Richard Zili on clarinet, and Dylan Andrews on drums). There’s also a credit for Fred Anderson, whose Velvet Lounge was the setting at which at least some of these pieces evolved into their current form.

I don’t have the column inches to run down everything on the two discs; but I will say I especially like “Red Green and Blue,” an epic-scale suite that brings to mind not just Gershwin and Ellington, but Copland and Ives. I also get a charge out of “Cdtw1,” which is a kind of violin and brass hoedown—and yes, it’s as weird as it sounds. The players can’t even keep up the charade without occasionally collapsing into a big ironic wink.

“Ode to 2,” however, may be my favorite cut; it’s like a great, brassy, Nelson Riddle sixties jazz theme as filtered through the chemically altered brain of someone who’s been living a little too large. You get a mental image of some Don Draper type, trying to strut his stuff down the street at midday, unaware that his shirt’s untucked, his suit is grass-stained and people can smell him coming from fifteen paces.

I got so hung up on the first disc that it was only just before press time that I explored the second, which is very much my bad (and 3.5.7’s good). Things grow more sober here; “Gravity, Resolve, Persistence” lives up to its name with a determined piano solo and an aura that only faintly lightens at the end—a comment, perhaps, on the diminished payoff we often find is all we get after a long and arduous effort. No such worries here: the album’s a long listen, true, but not arduous, and the payoff is a beauty. 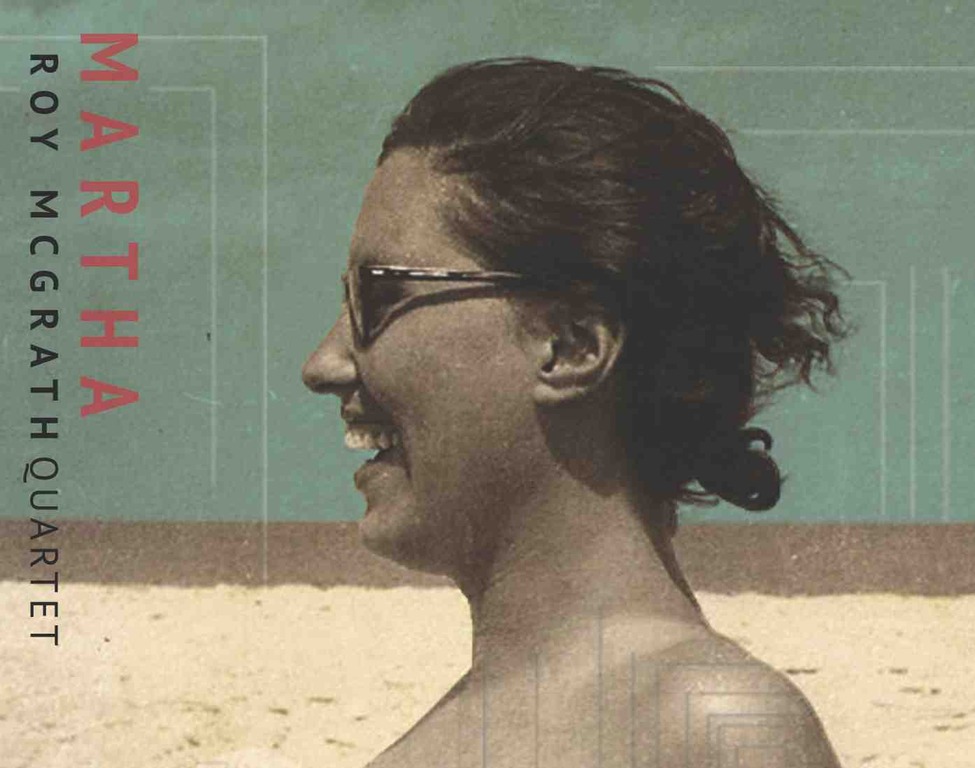 Another Chicago jazz band, Roy McGrath Quartet, might seem at first to reach for less in their new release, “Martha.” It’s just a single CD, to begin with (slackers); also the first cut is Cole Porter’s “Night and Day,” which is a pretty conservative choice with which to introduce yourselves. But these players (McGrath on tenor sax, Joaquin Garcia on piano, Kitt Lyles on bass and Gustavo Cortiñas on drums) spend eight minutes pulling the hoary old standard apart like Silly Putty. The intensity builds toward the bridge, when there’s such a jarring realignment that furniture in your listening room may be knocked off-kilter. By the end, it’s become a kind of freestyle fantasia on the original tune, to an almost calypso rhythm. When was the last time you heard a Cole Porter tune with a whiplash drum solo? And a goddamn cowbell, for God’s sake? “Night and Day” is the kind of thing that gets played in hotel lounges, but this take on the tune throws down some unexpected twists that I expect would cause a lot of conversations to stop mid-sentence, and possibly a few martinis to slosh over their rims.

The rest of the program is heavy on original material, and everyone in the band gets a chance to shine. McGrath is an especially compelling performer; his sax has the kind of wide, undulating vibrato that recalls waves coming up from a sidewalk. Just listen to him on the title tune (written in memory of his grandmother). He meticulously shows the full range of his instrument’s capacity for nuance and gesture.

Garcia is the hero of “Spirit of the Living God,” an up-tempo finger-snapper that finds him roving all over the keyboard like an actor storming around a stage. “Patty Cakes” offers up a little scintillating orientalism that gives Cortiñas some textures to play with. And in “Maybe, Please Don’t Lie” Lyles adds heft to the set with a gorgeously resonant, contemplative solo. The closer, “Kintsugi,” is a polished and amiable farewell; a bright and happy leave-taking. Not that we’re going anywhere… except right on back to Track 1.

“Amongst the Smokestacks and Steeples” and “Martha” are available through the usual channels, including Amazon, iTunes and CD Baby.