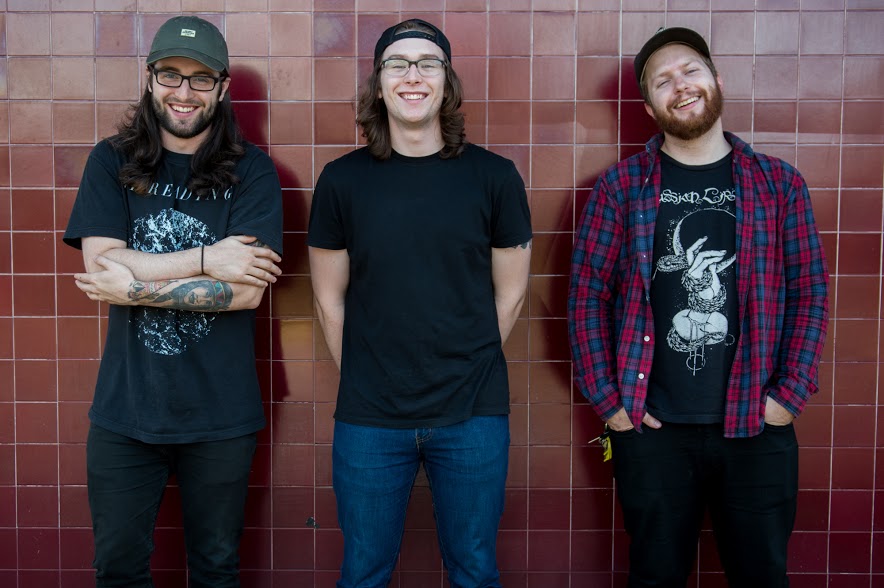 Now is a decent time to get back into the live-music swing of things this winter, with upcoming album releases, the return of monthly live music events and more.

Definitely bring your earplugs to check out Chicago’s three-piece Lume when they come to Subterranean (2011 West North) on February 19 to celebrate the release of their album, “Perennial Phase.” (You can also preview and purchase the album on Bandcamp.) If you’re into brooding, rough slowcore then you’ll be into Lume; they combine fuzzy riffs, melodic, understated vocals and lush production. The seven-minute opus “Rattleback” is the new album’s centerpiece; it floats from an alternating loud-soft dichotomy to a dark, almost dreamy breakdown that builds up into a chaotic, feedback-laden outro. It’s a song that will definitely translate well live, since Lume has been known to bring an intensity to their stage shows that doesn’t always come through in recordings. Check them out on the heels of their Southern U.S. tour, with fellow feedback slingers Estates, Sough, Droughts as openers. Tickets are $7 and the show starts at 10pm.

Two live music series continue with new shows this month. Over at Schubas (3159 North Southport), the venue’s 100% Off Series continues with a hip-hop and EDM-focused show on February 16. The lineup features hip-hop-turned-R&B artist Rich Jones, beatmaker Oddcouple, Qari of hip-hop trio Hurt Everybody, MC producer Sen Morimoto, rapper Defcee (an impressive storyteller, check him out) and a DJ set from soul outfit O’My’s. This 21+ show is free and starts at 8pm. On Wednesday, February 24 at Beat Kitchen (2100 West Belmont), Splice Series—a regular series of improvised collaborations—continues with experimental composers James Falzone and Ryan Packard.  This 21+ show is free and starts at 8pm.

If you’re still in mourning over the passing of David Bowie, you’ll have a couple of opportunities to commiserate with other fans in the coming weeks. On February 21, Empty Bottle (1035 North Western) hosts a tribute show with a roster of local bands performing their favorite Bowie tunes. The lineup includes Sweet Cobra, Coins, Skip Church, Pink Avalanche, Melina Ausikaitis, Mines and other artists. (I personally am excited to hear whatever speaker-melting Bowie cover heavy rockers Sweet Cobra have planned.) The event has a $5 suggested donation, and the money goes to local non-profit Girls Rock! Chicago, giving girls ages nine-to-sixteen an opportunity to learn instruments, form bands, write music and perhaps inspire the next generation of influential music-makers.

Then on March 4 David Bowie tribute outfit Sons of the Silent Age returns to Metro (3730 North Clark) with Bowie backup singer Ava Cherry to celebrate the fortieth anniversary of Bowie’s 1976 Isolar tour. The supergroup of Chicago musicians (organized by Wax Trax! staple Chris Connelly) will play the full album “Station to Station” as well as a second set of hits, deep-cuts and other selections. Tickets are $20 in advance, $22 DOS and $200 for VIP Tables. The 18+ show starts at 9pm. Part of the proceeds goes to cancer research at the University of Chicago Medicine Comprehensive Cancer Center.

Finally, Constellation’s annual Frequency Festival returns February 23-28. It’s a celebration of Chicago’s experimental music community that’s now come into its third year. The six-day event, curated by Chicago Reader music critic Peter Margasak, brings together many of the city’s most boundary-pushing musicians, performance artists and sound artists, and takes place throughout the city at numerous locations. Events are free except those at Constellation itself (3111 North Western), which are $15; a festival pass will get you into all shows for just $40.

On February 23, pianist Lisa Kaplan and percussionist Matthew Duvall kick off the festival with a free performance at the Museum of Contemporary Art (220 East Chicago) starting at 6pm. Then on February 24, new-music ensemble Fonema Consort plays a free show at the University of Chicago’s Bond Chapel (1025 East 58th), starting at 8pm.

The Festival continues on February 25, as collectives a.pe.ri.od.ic and Mocrep come together at Constellation (3111 North Western) for an evening that fuses sound, movement, performance art and theater. On February 26, percussionists Meehan/Perkins Duo introduce a collaboration with artist Scott Lindroth, who makes sound crated from robots made of discarded and recycled metal. Both events start at 8:30pm.

On February 27 at Constellation, flutist Claire Chase performs a new program from “Density 2036,” a twenty-two-year project she started in 2014 which involves creating an hour-long program for solo flute each year until the hundredth anniversary of Edgard Varèse’s flute solo, “Density 21.5” in 2036. Chase plans to premiere one new program a year that she tours across the country, including Frequency Festival. The show starts at 8:30pm.

Finally, also on February 28, music collective Ensemble Dal Niente brings its popular “Hard Music, Hard Liquor” program to the Frequency Festival; it’s a mind-spinning showcase of complicated orchestral and solo pieces meant to push the limits of both listener and musician. It starts at 7:30pm at Constellation.

Keidra, when a write-up begins with “bring your earplugs”, you will definitely grab my attention. As both a regular spectator of live rock shows and a performing hard rock musician myself, I can certainly appreciate a great review. This holds even truer when it comes to our incredible, local music scene. Your description of Lume’s new album, “Perennial Phase”, was spot on. Especially when terminology such as “fuzzy riffs” is used. Your entire piece was very much appreciated, especially at the mention of the David Bowie tribute show on February 21st at Empty Bottle. I hope that you and I… Read more »